Set for launch in 2024, the MMX space probe will be the world’s first round-trip mission to explore for traces of water and organisms, thanks to new precision landing technologies as well as a lightweight design with three-module configuration. It will study the origins of Mars and its two moons, Phobos and Deimos. It’s expected to land on Phobos for several hours and gather a sample of at least 10g from no less than 2cm below the moon’s surface. 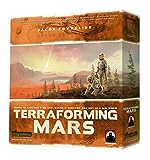 Humans can realistically explore the surfaces of only a few objects, and Phobos and Deimos are on that list. Their position orbiting about Mars may make them a prime target for humans to visit first before reaching the surface of the Red Planet, but that will only be possible after the results of the MMX mission have been completed,” said NASA chief scientist Jim Green.