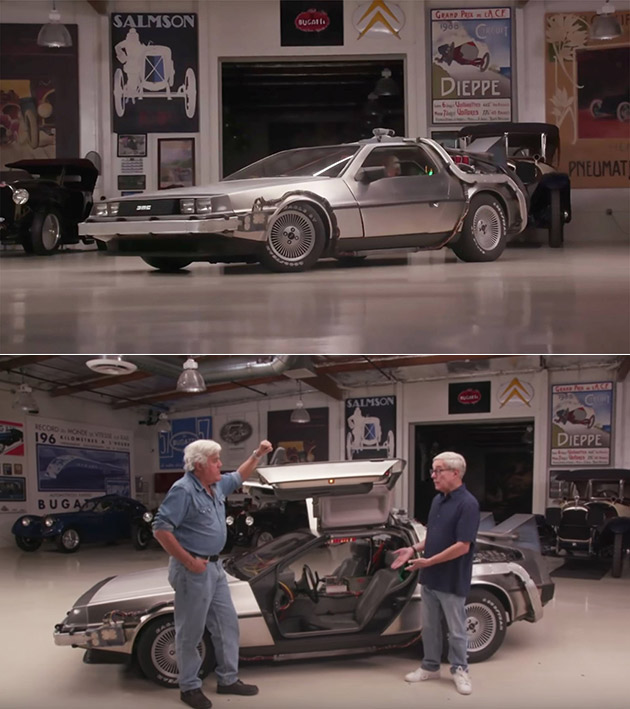 Jay Leno either owns or has driven just about any notable car ever manufactured, and recently, had the chance to feature the iconic Back to the Future DeLorean on his show – Jay Leno’s Garage. This episode features Bob Gale, co-creator of the movie, as well as two Back to the Future DeLorean restorers, Terry Matalas and Joe Walser. Matalas and Walser spent 2-years restoring this particular DeLorean, which was left on the Universal backlot, working from photos since no movie blueprints remained of the original build. Continue reading for two more videos and information.

“Matalas owns a second replica car with parts from hero car B built for the movie. That car has graced the Oscar stage and been on TV for Super Bowl commercials. There was a third car – hero car c – used for interior filming. When restoring the original hero car, Matalas and Walser took a few liberties, such as including the 95-mile-per-hour speedometer from hero car C because that’s what fans would want to see. The original hero car A had an 85-mph speedometer,” reports Motor 1.

AUKEY Gaming Mouse Pad XXL Fits Both Keyboard and Mouse, Get One for $11.99 – Today Only