Photo credit: Car Scoops
The Lamborghini Miura P400S , also known as the Miura S, made its debut at the Turin Motor Show in November 1968, where the original chassis had been introduced three years earlier. This updated model featured power windows, bright chrome trim around external windows / headlights, a new overhead inline console with new rocker switches, 2mm larger engine intake manifolds, and different camshaft profiles, good for an extra 20 hp boost over the factory 345 hp. Chassis number 4245 was acquired by amateur racing driver Hans-Peter Weber in 1974 who kept the car until his death in 2015, and then taken to a friend’s barn in the Black Forest of Germany. Read more for additional pictures and information.

This gem has been kept in the barn ever since, and has an odometer reading of just 10,032 miles. It’s expected to fetch up to $1.2 million at the RM Sotheby’s auction. The exterior is fininshed in Giallo Flay and on the inside, the original Skay Blue trim is retained. Everything comes straight from the factory, except for the front turn signals and Schroth seat belts. 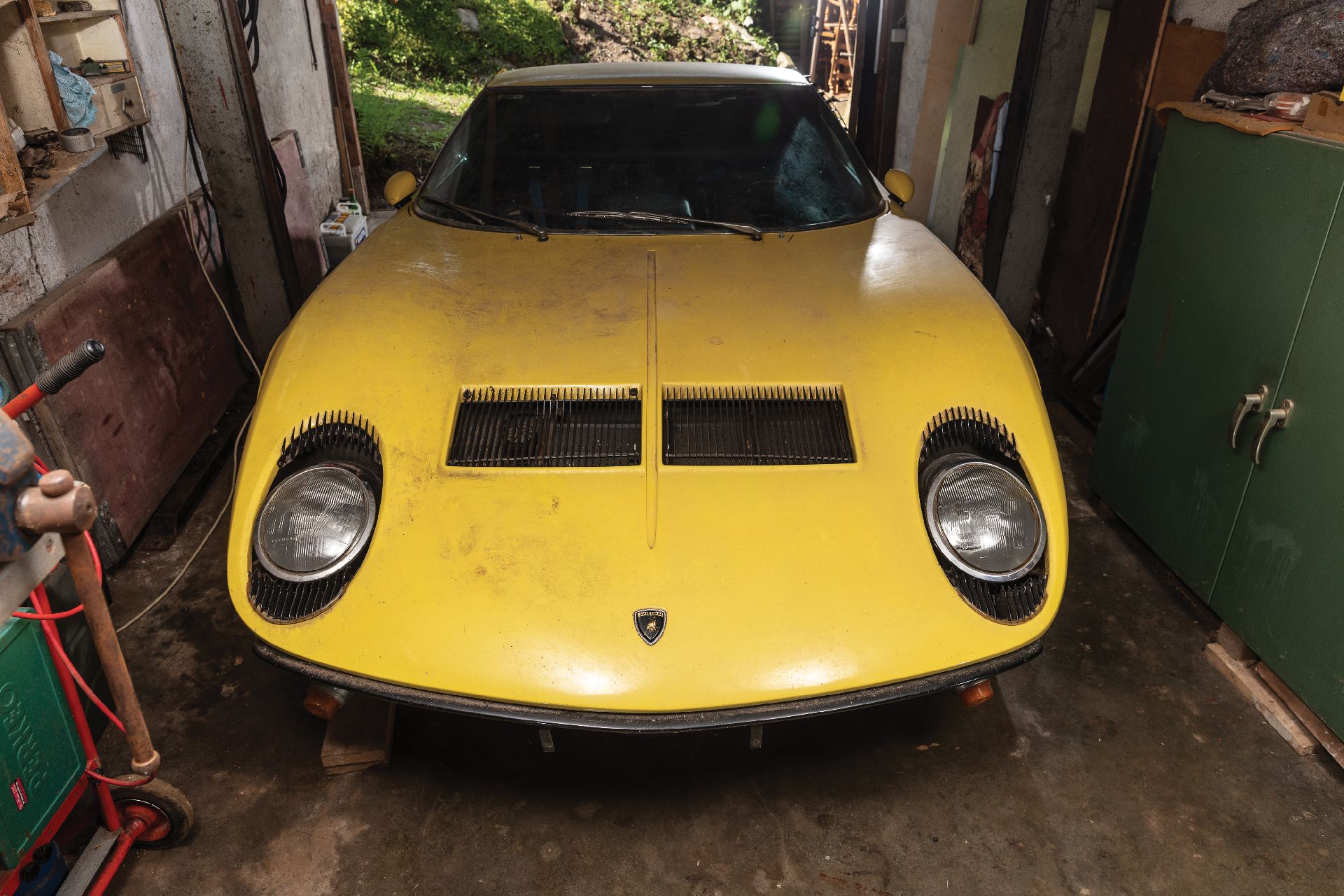 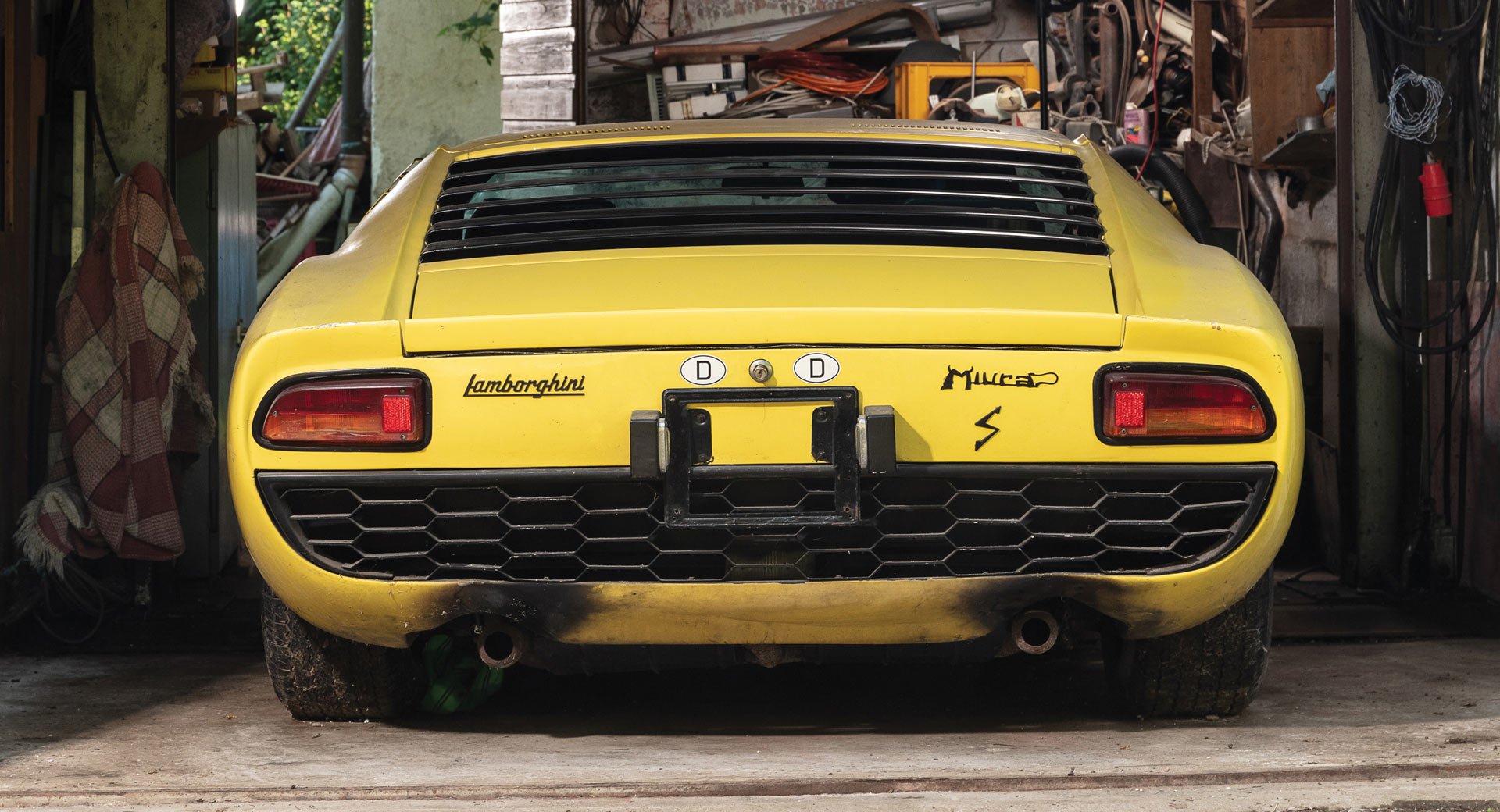 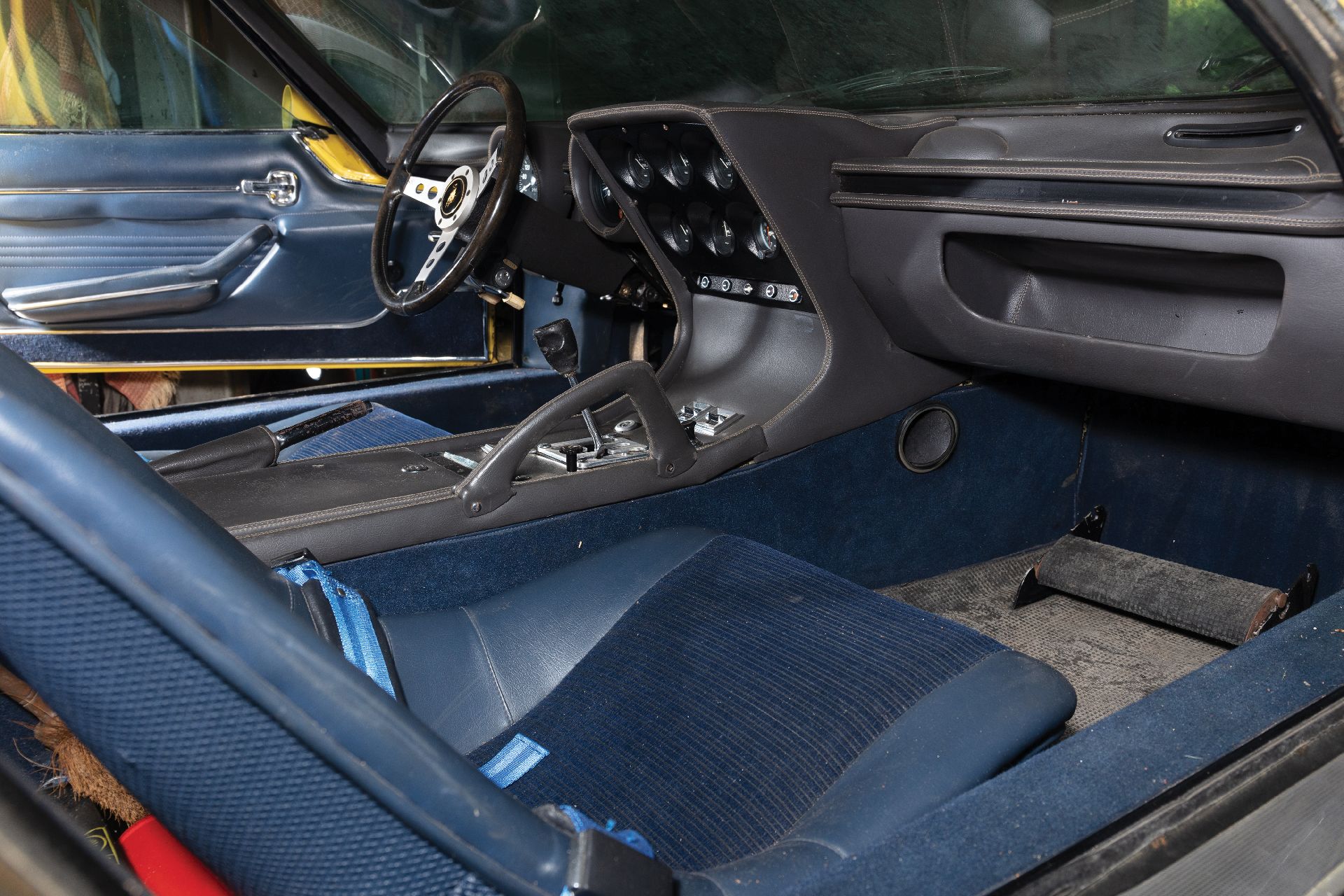 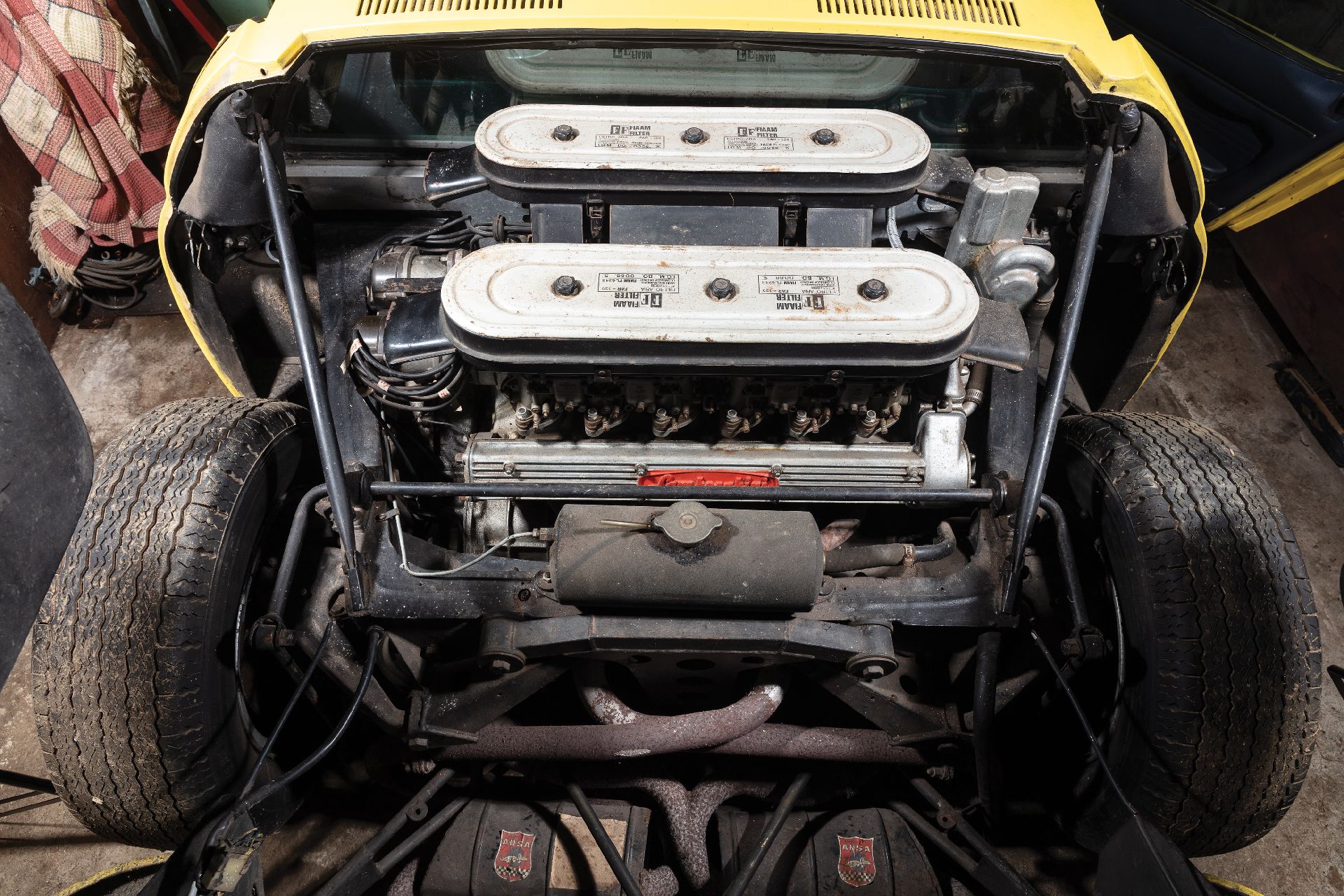