Photo credit: Grigory Butin
Think of the Lamborghini Vega as a smaller, more high-tech version of the Huracán, with a shorter wheelbase, minimal overhangs and a large panoramic roof. Since the Huracán maintains the 5.2 L naturally aspirated Audi/Lamborghini V10 engine from the Gallardo, tuned to generate a maximum power output of 610 PS (449 kW; 602 hp) in a mid-engined configuration, it’s safe to say that the Vega will have a similar, possibly hybrid, drivetrain. Read more for additional pictures and information.

Vega’s exact weight isn’t know, but the Huracán boasts a curb weight of 1,553 kg (3,424 lb), giving it a power-to-weight ratio of 2.55 kg (5.62 lb) per horsepower, so it wouldn’t be too far-fetched to imagine the former weighing around the same. If the drivetrain is a hybrid system, you can expect a start-stop system, similar to the Huracán’s. 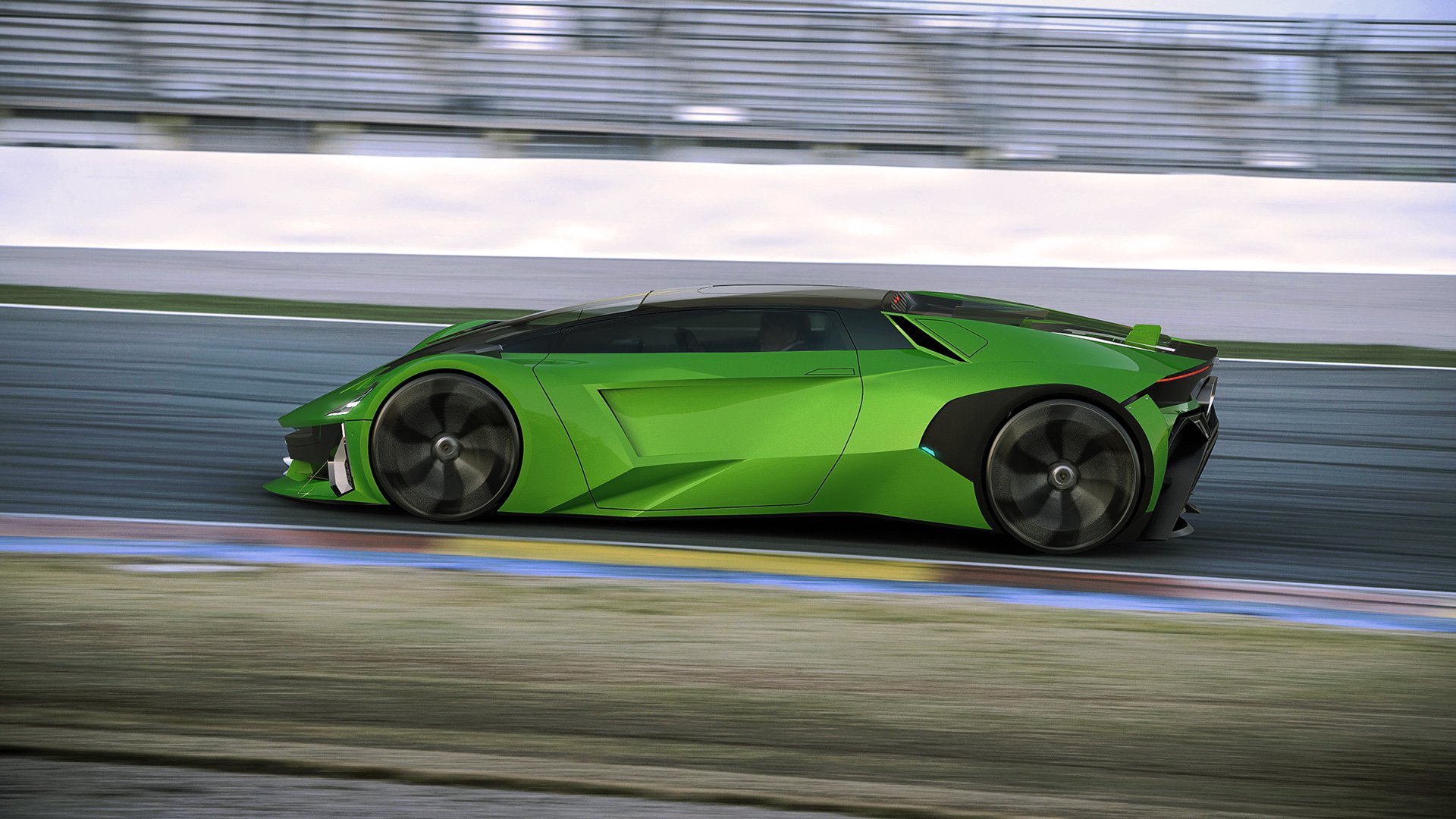 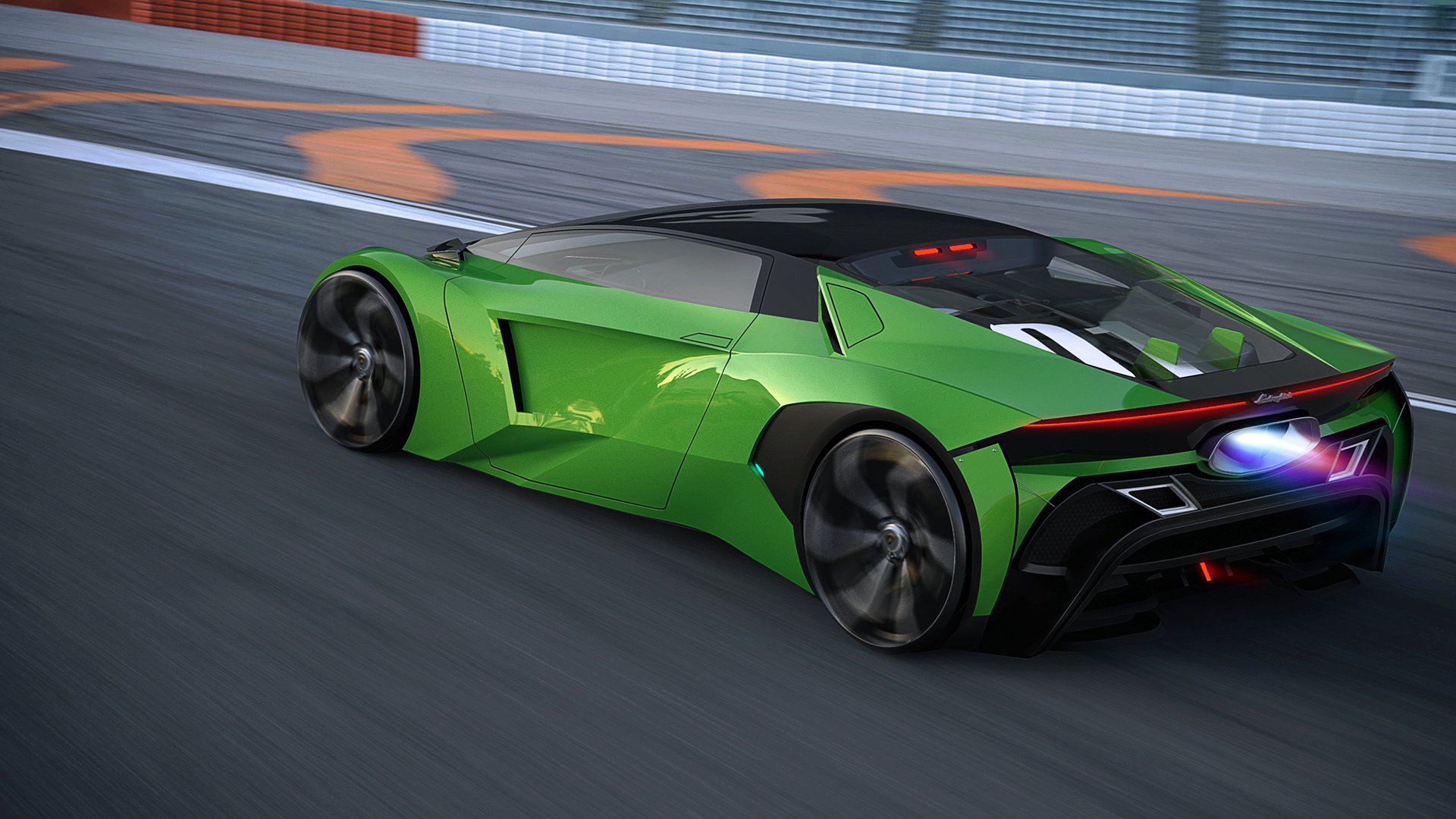 “It’s small, low and seemingly very wide. We also love the styling, both at the front and the rear, where it features a central exhaust system which can be seen spitting flames in one of the images. Does this mean that the hypothetical baby Lambo is powered by an internal combustion engine? According to its designer, one Grigory Butin, it’s actually a hybrid system, although no further technical details were provided,” reports Car Scoops.