The Nintendo Switch is set to hit stores on March 3rd (if you can find them), but some reviewers already have their hands on the actual console as well as games. Now here’s a first look at Super Bomberman R, which makes full use of the Nintendo Switch system capabilities, enabling gamers to play wherever, whenever and with whomever they choose. In ‘Battle’ mode, up to eight players are dropped within a maze until the ‘last man standing’ is declared the winner. There is also a ‘Story’ mode where one to two players work cooperatively to clear a series of 50 stages in order to save the galaxy. Continue reading for another video, picture and more information. 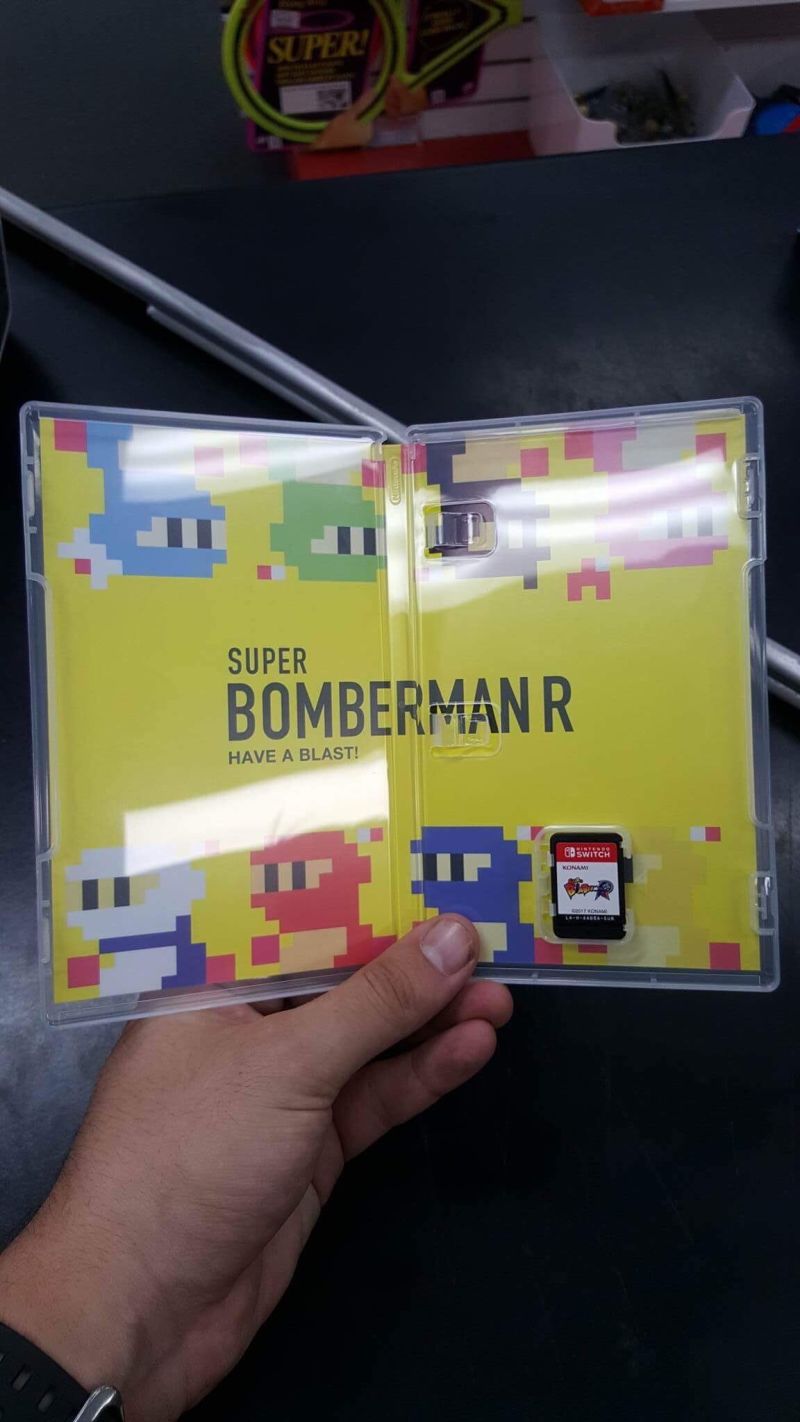 “As website Press Start points out, these images appear to have surfaced in Australia. (Note: The Twitter user that originally posted them, however, has deleted his or her account, so it’s unclear as to how this Super Bomberman R copy ended up online prior to launch.),” reports Kotaku.