The LEGO NASA Space Shuttle Discovery, which was developed in collaboration with the agency, consists of 2,354 pieces, complete with a landing gear-equipped Discovery orbiter, payload bay doors, elevons / rudder, and the iconic Hubble Space Telescope, which can either be folded and contained within the payload bay or expanded with solar array and displayed separately. Plus, you also get a nifty display plaque which features key data from the mission. Read more for two videos, additional pictures and information.

This detailed recreation of the STS-31 mission launched in April 1990 doesn’t just stop outside, as inside from the upper flight deck down and through the mid-deck and out to the payload bay are just as incredible. Featuring five seats in their correct placement for the astronauts complete with flight and robotic arm (Remote Manipulator System, or RMS), control panels, the space shuttle’s storage lockers for mission equipment, and the air lock to the payload bay. Hubble boasts a hinged mirror housing just like the actual telescope and new gold foil solar arrays as well as a realistic, reflective, metallic silver design. Available April 1, priced at $199.99 USD. 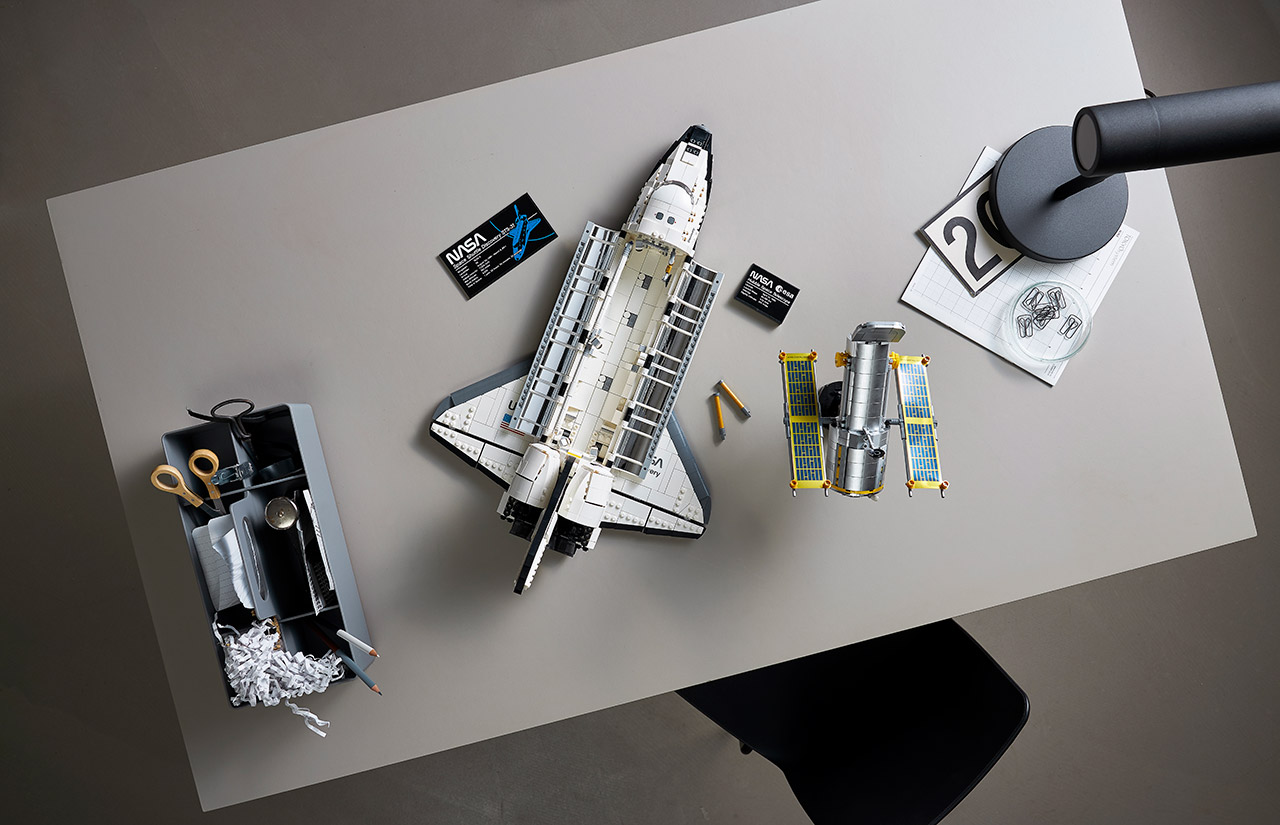 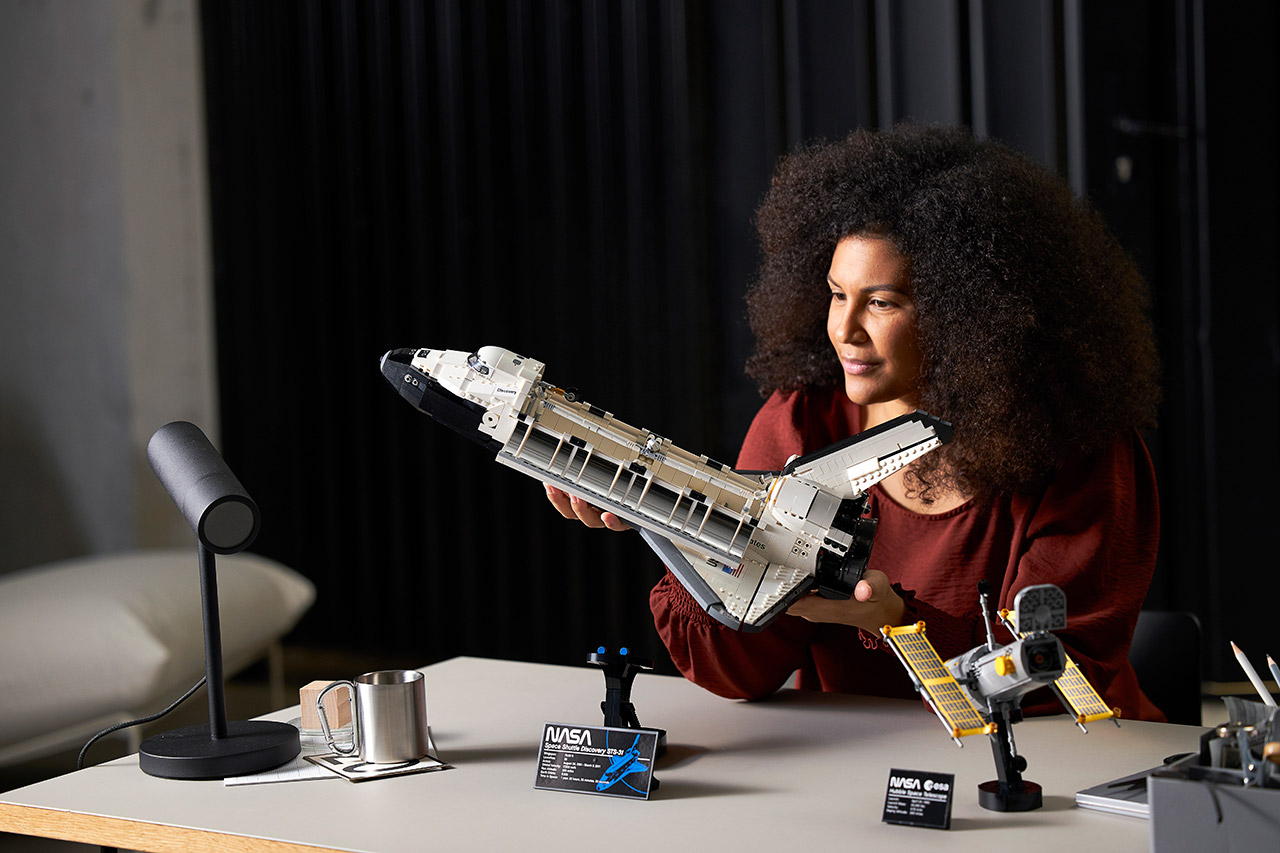 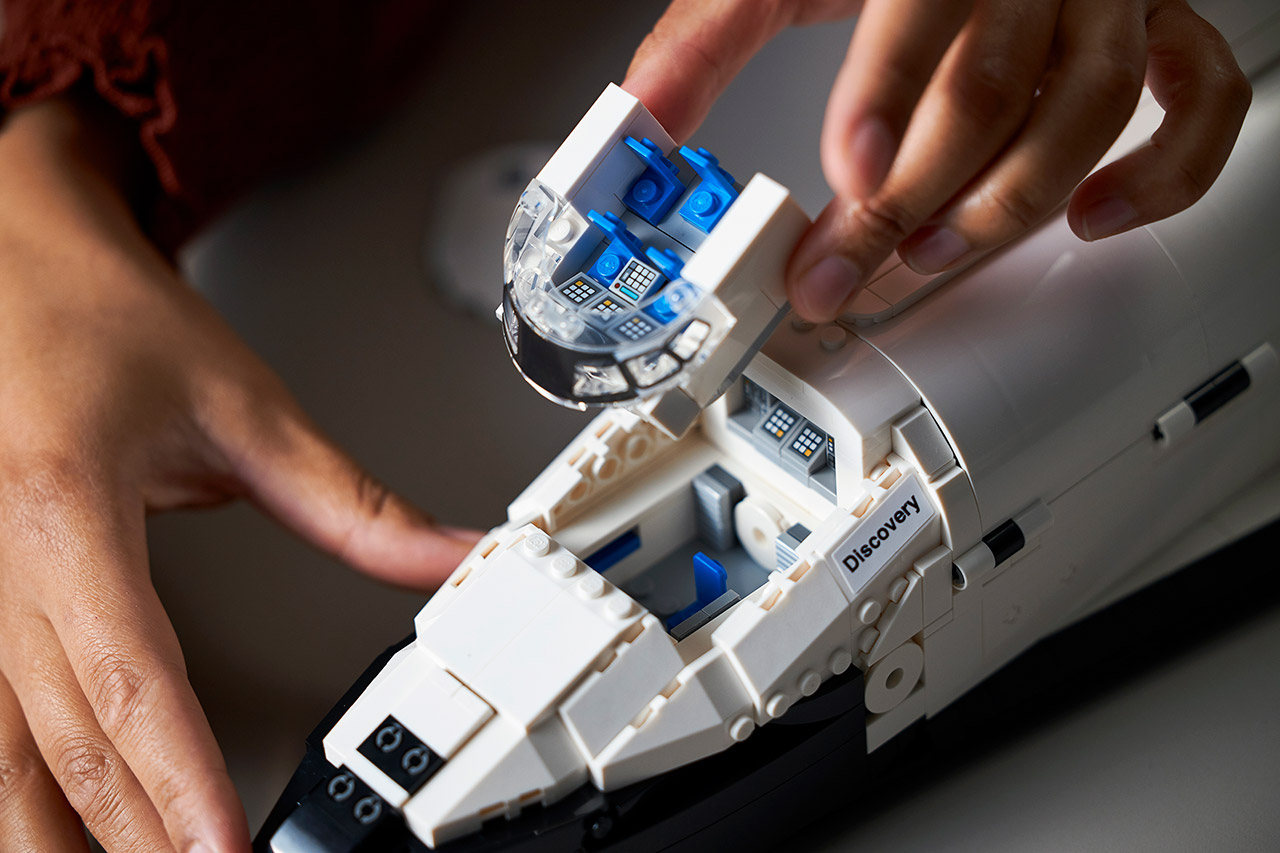 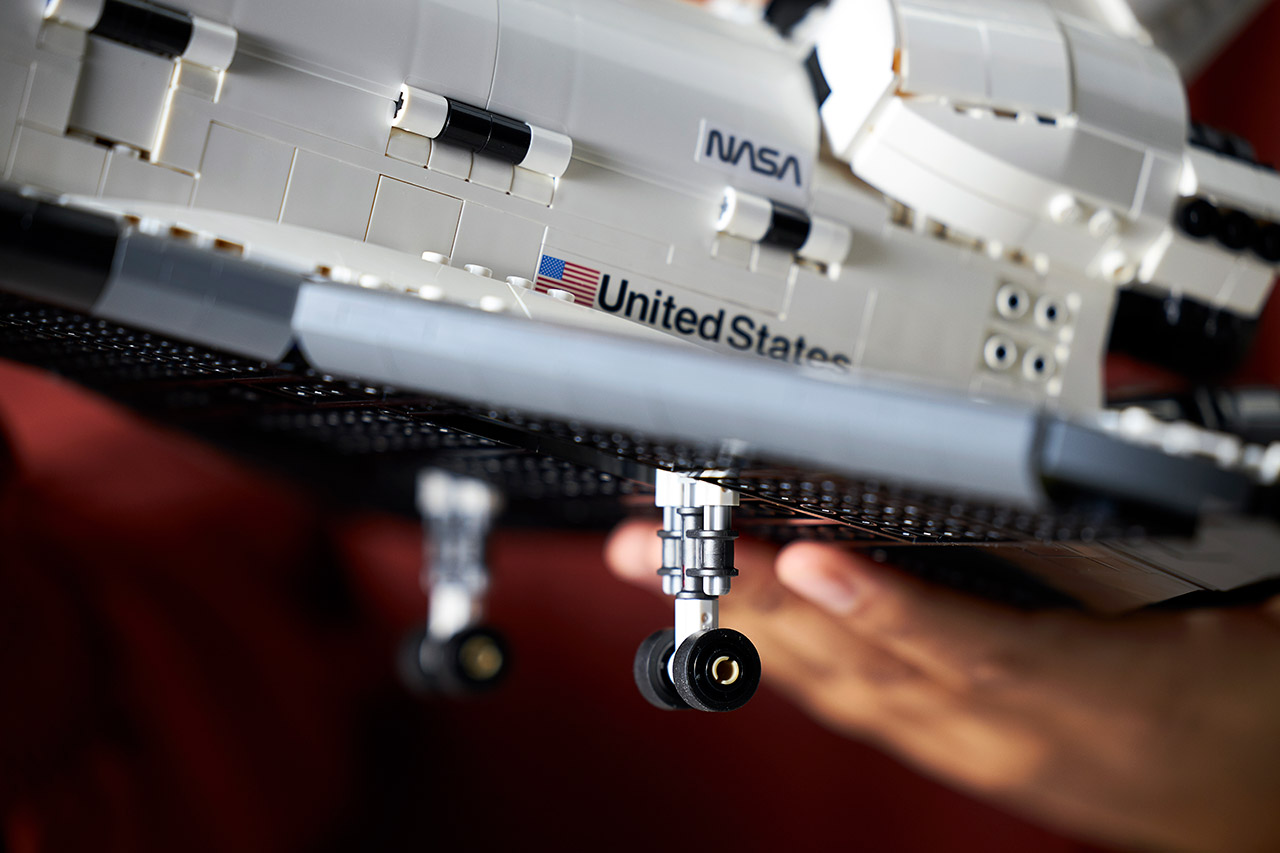 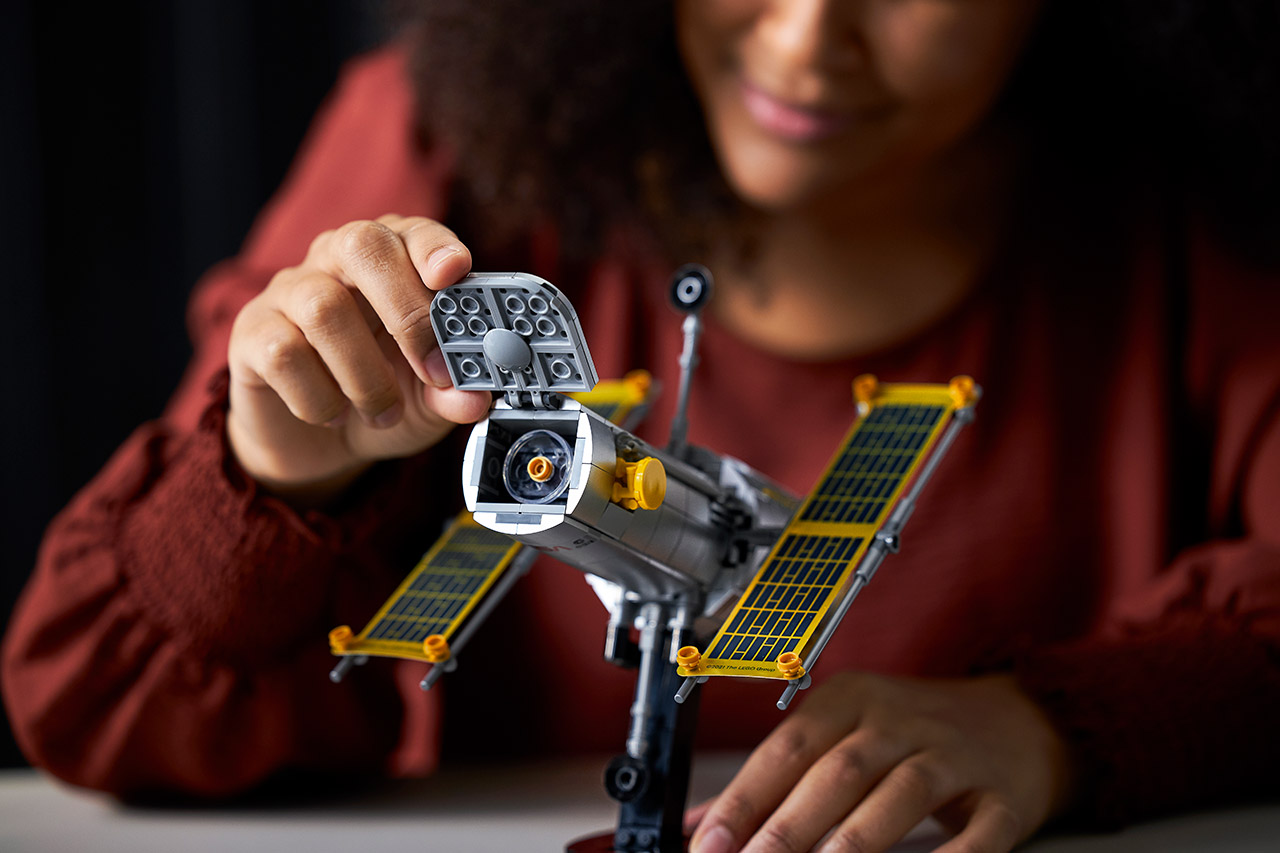 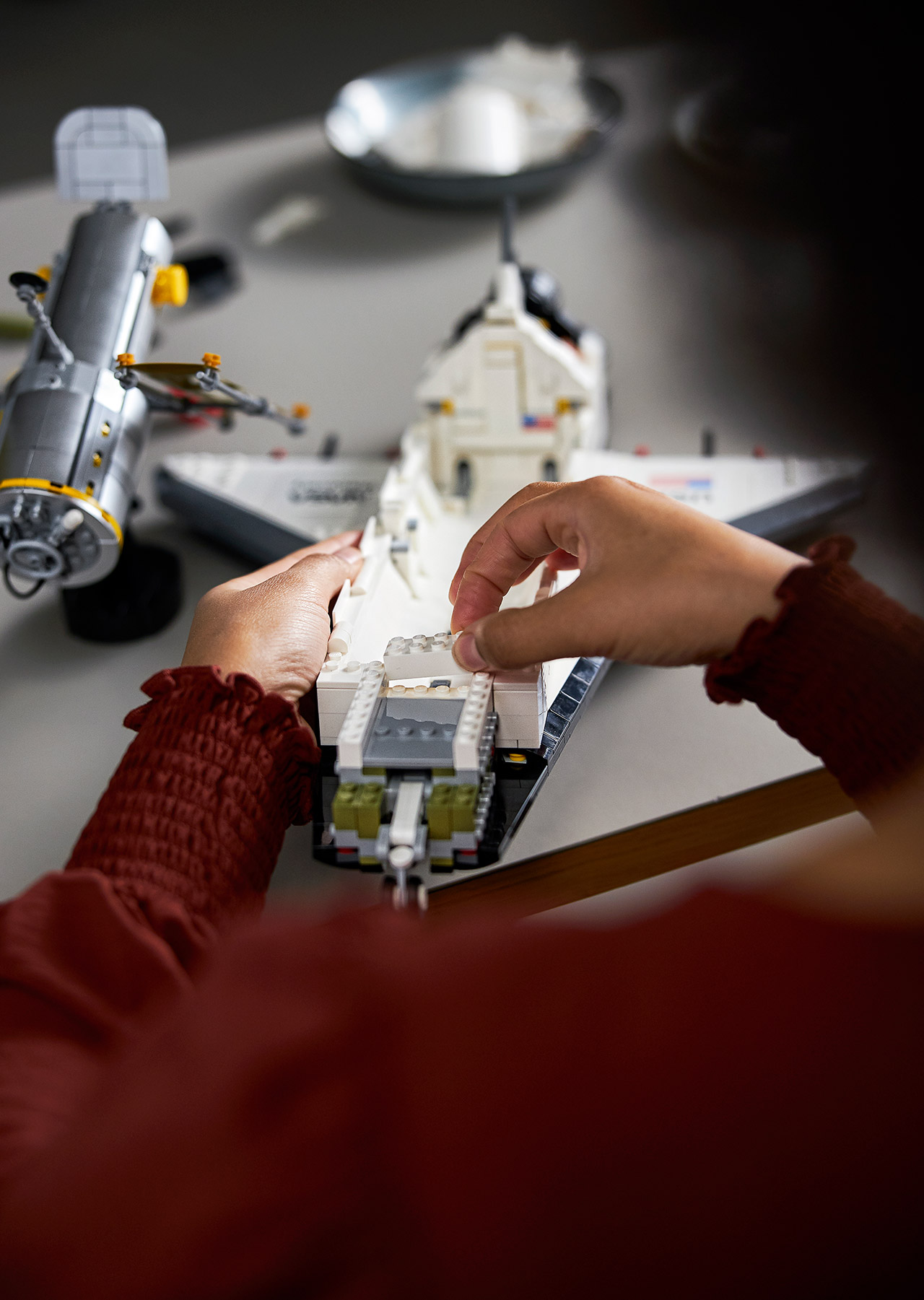 I was thrilled to see the space shuttle in LEGO form, and was very impressed by the amount of intricate detail they have managed to recreate from the module where we used to sleep and eat through to what we called the ‘milk stalls’ on the telescope. Looking at the model, it was great to reminisce about my experiences in space launching the telescope for the first time. Hubble is definitely the highlight of my career. This LEGO model is a great way for LEGO builders and space fans alike to get excited about space travel and learn more about the famous mission in a fun and engaging way. The biggest barriers to space tourism in the next 30 years is the safety and costs elements, if we can break through these the general public really could take a trip to space in the future,” said Dr. Kathy Sullivan.