To commemorate the 50th anniversary of the Apollo 11 moon landing, a master builders at LEGO spent nearly 300 hours designing and building a life-size model of the lunar module pilot and the iconic A7L spacesuit that he wore on July 20, 1969 at Tranquility Base, using a whopping 44,051-bricks. This life-sized figure made its debut to the public on Thursday (July 18) at the Apollo 50 Festival hosted by the Smithsonian and NASA on the National Mall in Washington, DC. Read more for a video, additional pictures and information.

The model stands 6 feet, 3 inches tall and consists of bricks in 10 different colors to replicate the spacesuit’s details, including red / blue for the anodized aluminum connectors, along with gray for the lunar dust that was picked up while walking on the moon. Yes, there’s also a brick-ified reflection in Aldrin’s visor showing the lunar module Eagle, the American flag and mission commander Neil Armstrong. 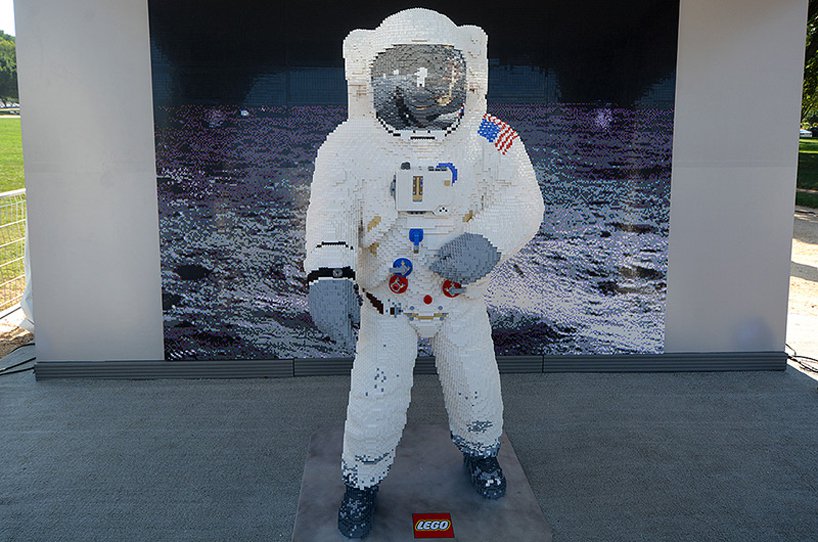 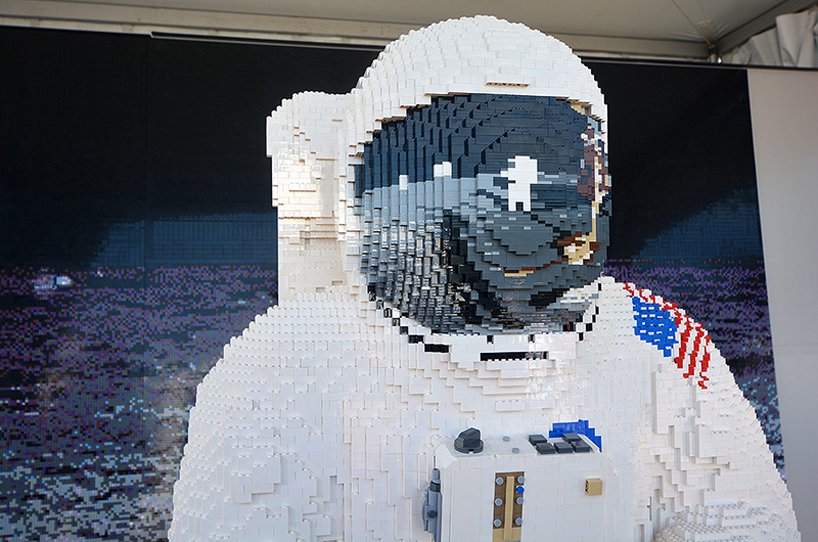 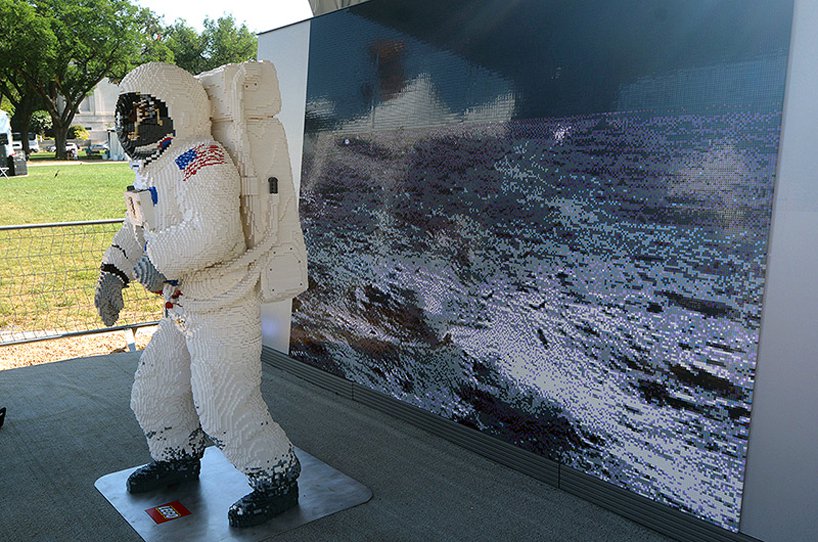 “For nearly 20 years, NASA and Lego Group have collaborated on projects to inspire the next generation to imagine and build their future in space. Our latest efforts celebrate the incredible feats we achieved during Apollo 50 years ago,” said Bettina Inclán, NASA’s associate administrator for communications, in a statement issued by LEGO.

Airbnb Now Offering a Stay in the Real Oscar Mayer Wienermobile, Here’s a Look Inside