Photo credit: Olive Seon via Brothers-Brick
LEGO master building group Olive Seon used thousands of bricks and other pieces to recreate the Star Wars Death Star trench run scene, complete with laser towers as well as an exploded Y-wing fighter. Rotate the diorama, and you’ll see the Death Star interior with each of the space station’s rooms acting as individual scenes, like Obi Wan’s deactivation of the tractor beam, a battalion of stormtroopers caught mid-explosion, and even the battle station’s locker room. Read more for additional pictures and information. 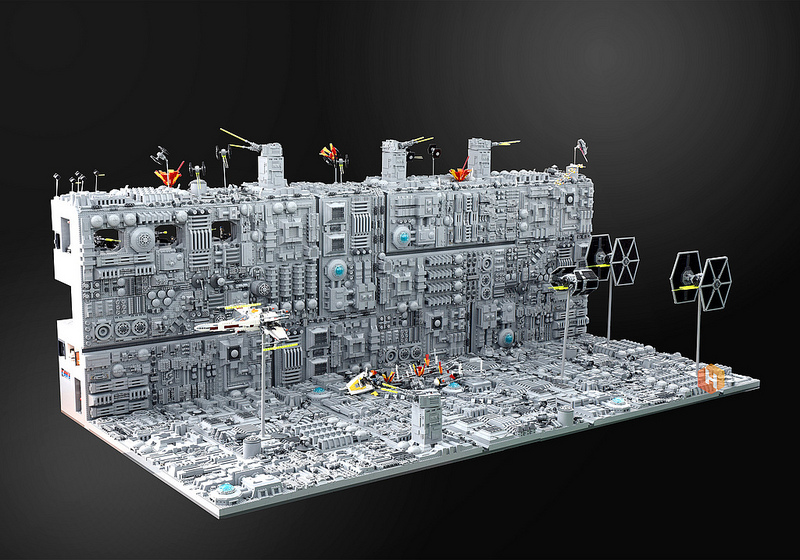 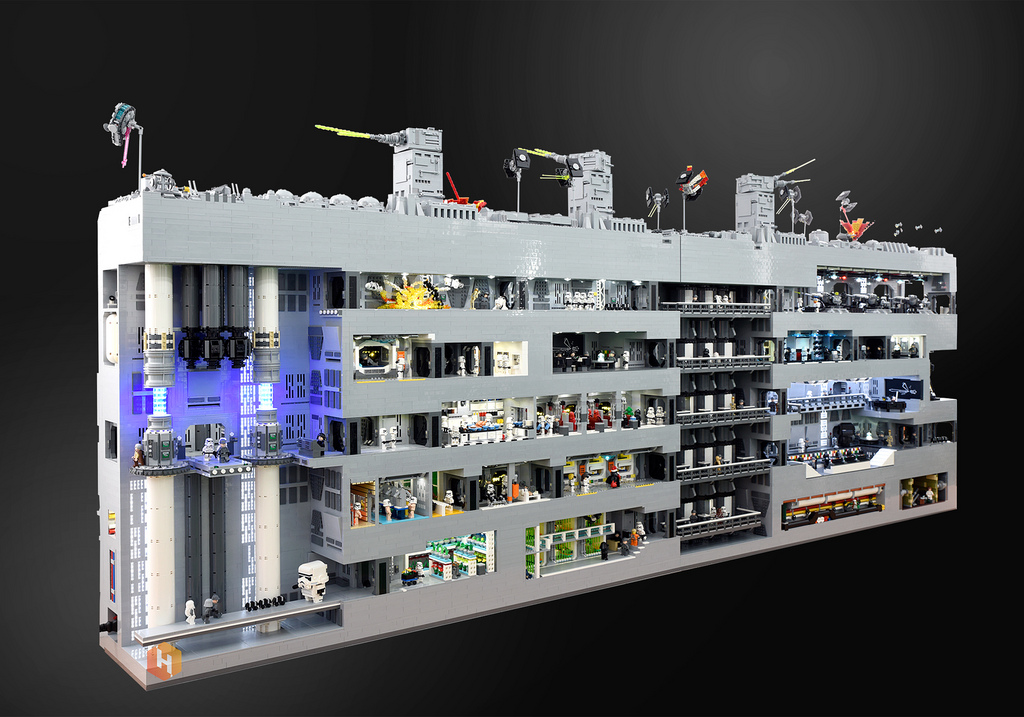 The first Death Star in Star Wars is claimed to be more than 100 km to 160 km in diameter, and is crewed by an estimated 1.7 million military personnel and 400,000 droids. One blast of its super-weapon allegedly delivers energy comparable to that released by the Sun in an entire week. 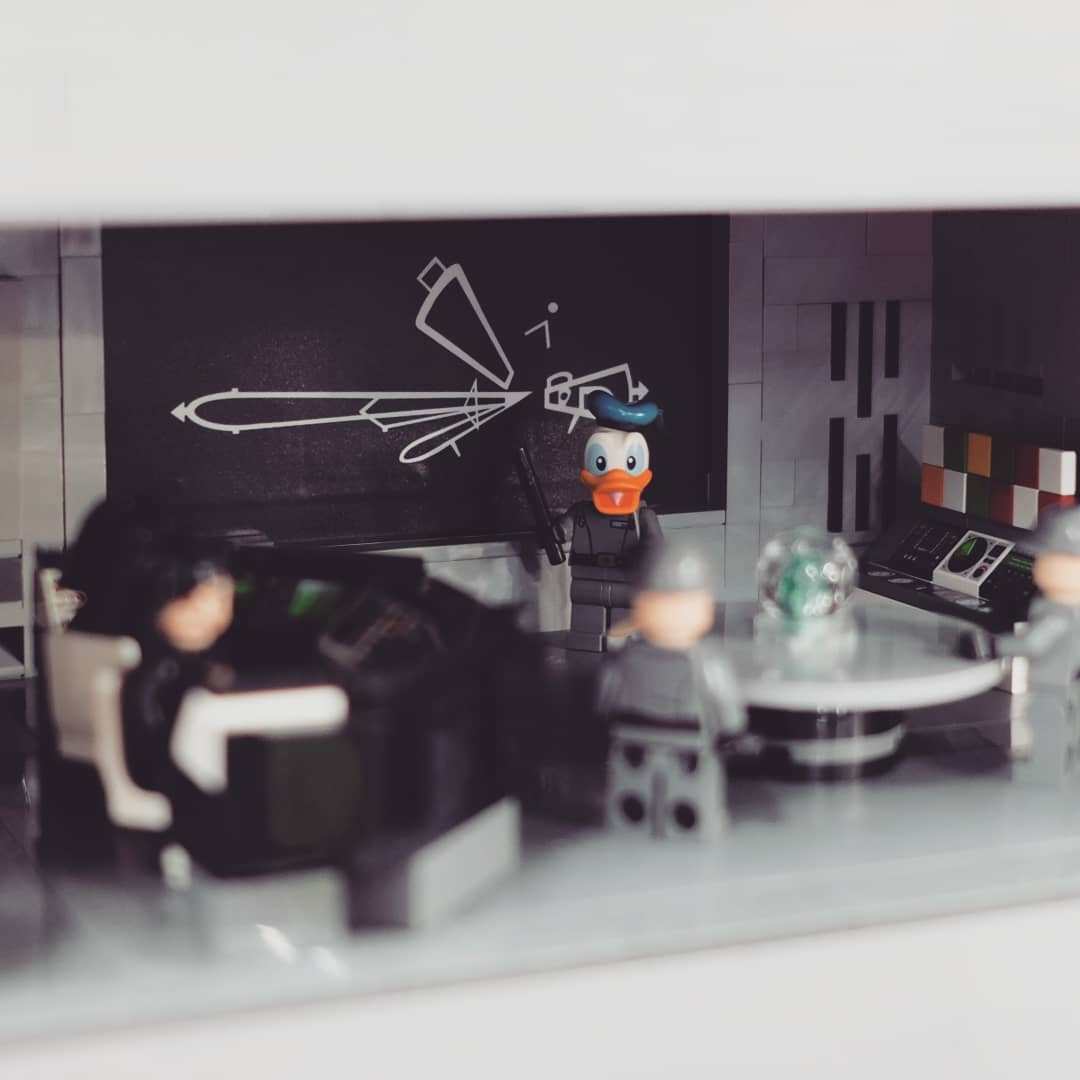 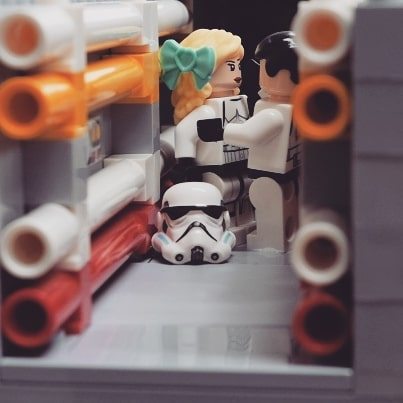 The second Death Star is much larger, measuring between 160 km to 900 km in diameter, and is technologically more powerful than its predecessor. Both versions are designed for gigantic power projection capabilities, capable of destroying multiple naval fleets or entire planets with a single blast of their super-lasers. 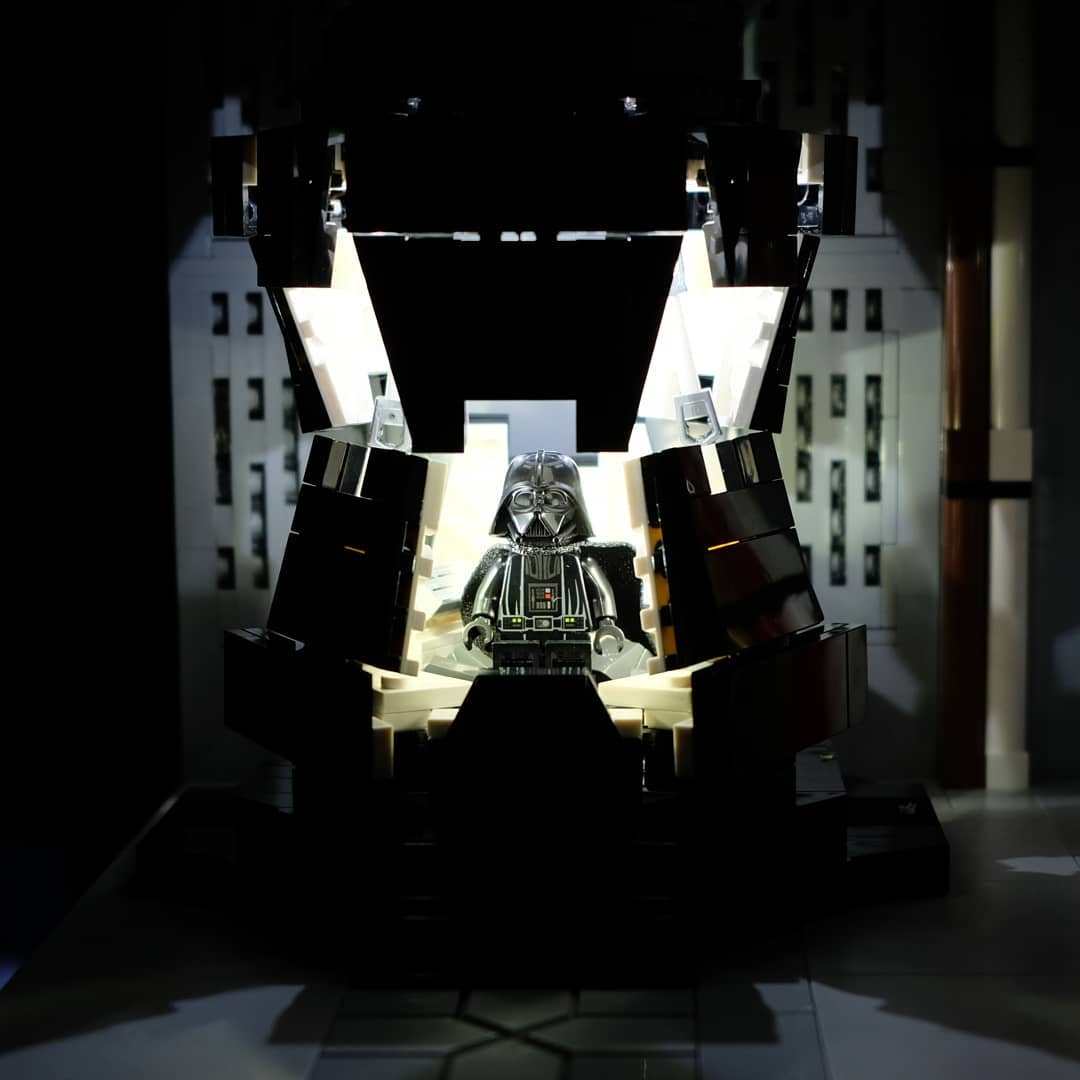 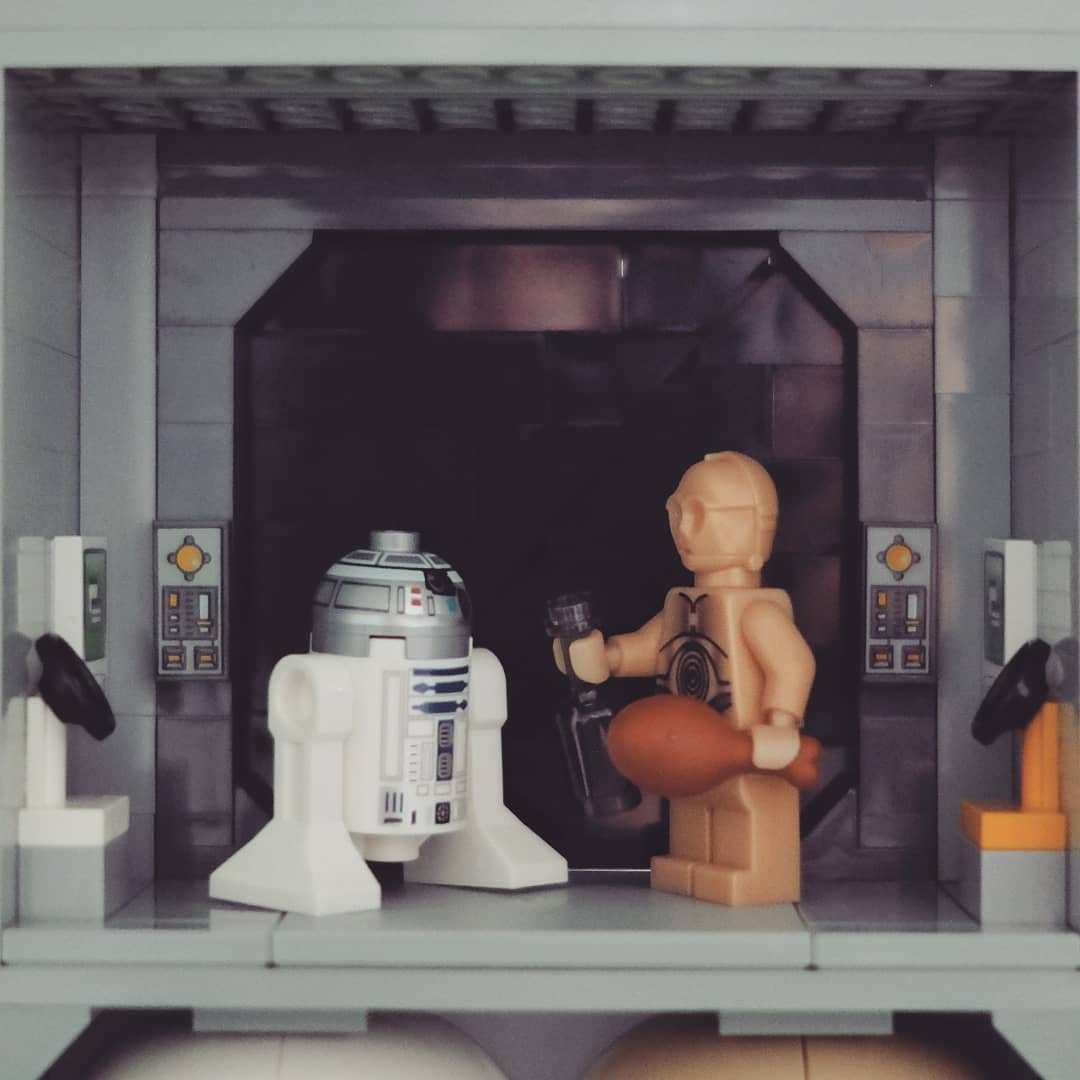 “The back is lit as well, with impressive tractor beam controls that almost look close enough to fit into the movie. There are classrooms for Imperial cadets, though the teaching might be questionable. Vader’s chambers are well outfitted with a magnificently lit meditation chamber,” reports Brothers-Brick. 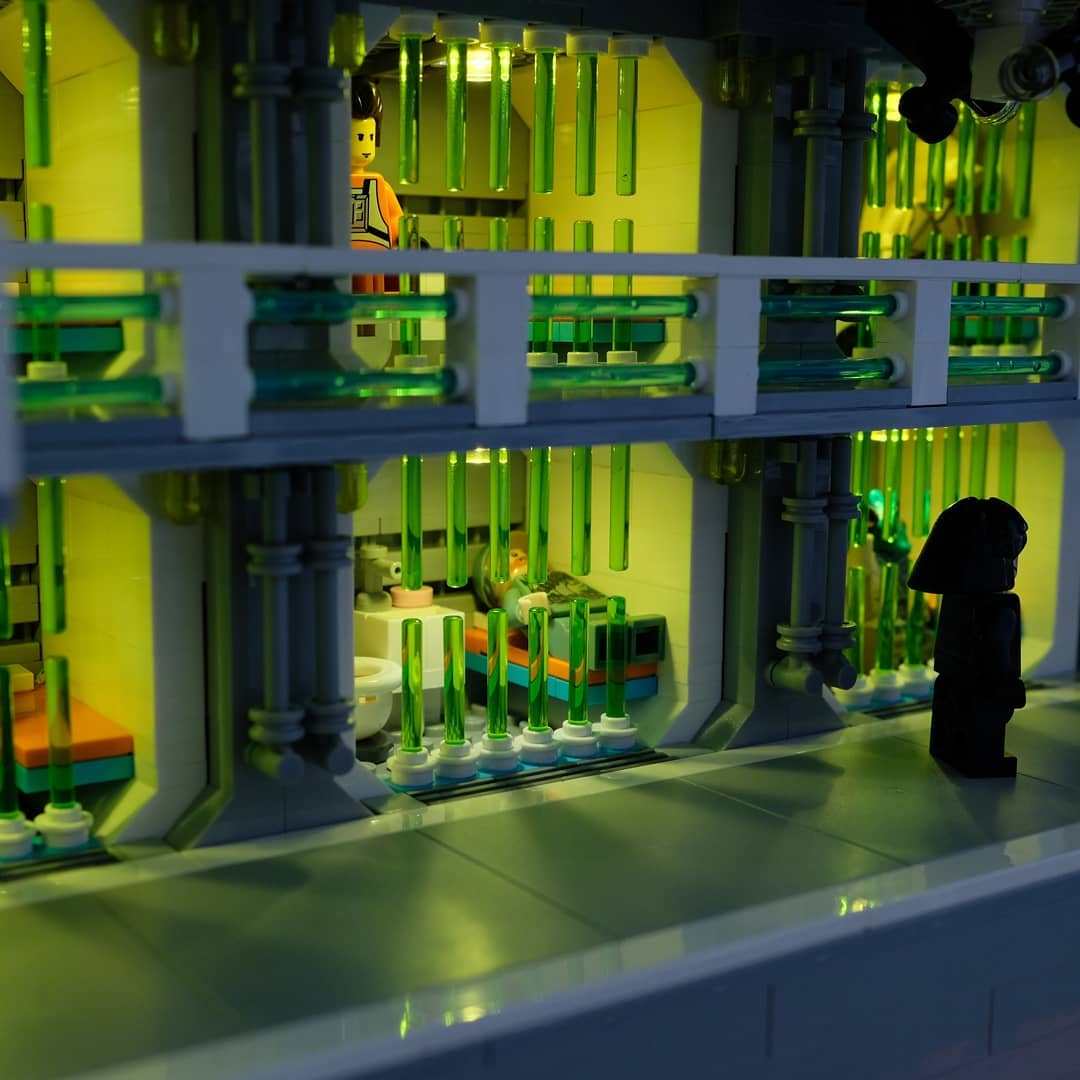 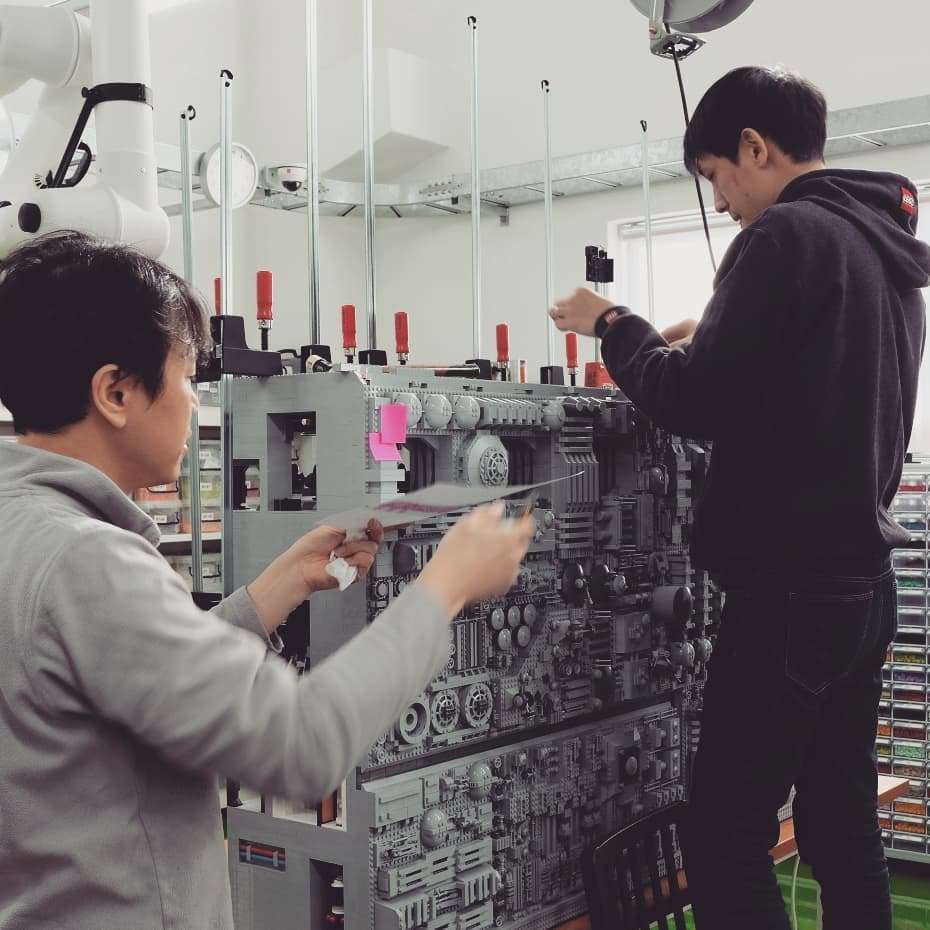