Photo credit: Evan Blass
LG Electronics is set to unveil its first 5G smartphone at the upcoming Mobile World Congress on the 24th of February at Center de Convencions Internacional de Barcelona (CCIB). The V50 ThinQ is rumored to be powered by Qualcomm’s Snapdragon 855, which 45 percent faster than the previous generation, sport a 4,000 mAh battery, and also boast a vapor chamber to better protect it against heat compared to heat pipes. Read more for a picture of the new LG V50 ThinQ’s Vapor Chamber cooling system. 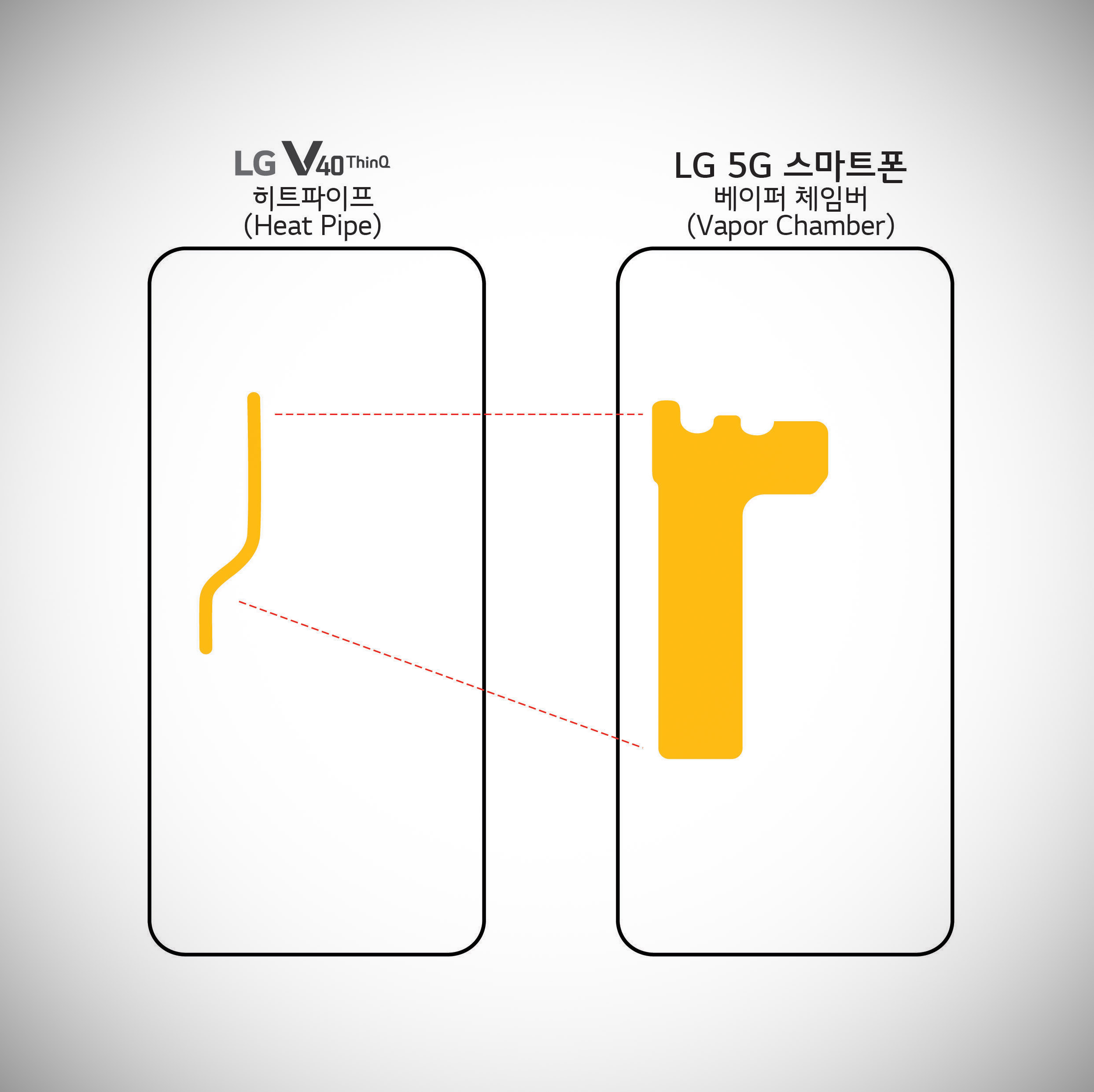 “The phone was designed to meet demand for consumption of high volume content, the South Korean electronics giant said. South Korea, North America, and Europe will likely be the first to get the phone. In August, LG said it plans to launch a 5G smartphone with US carrier Sprint within the first half of 2019,” reports ZD Net.