Photo credit: Regina Valkenborgh via Peta Pixel
Photographer Regina Valkenborgh started experimenting with pinhole cameras after noticing how digitally driven society was becoming and 8-years-ago, she was a fine-art student at the University of Hertfordshire in southern England when she decided to create a series of makeshift pinhole cameras by lining drink cans with photographic paper. After a series of successful experiments with long-exposure photography, she decided to place one of these cameras on a telescope at the university’s observatory. Read more to see the can that was used to capture the longest-ever photo exposure. 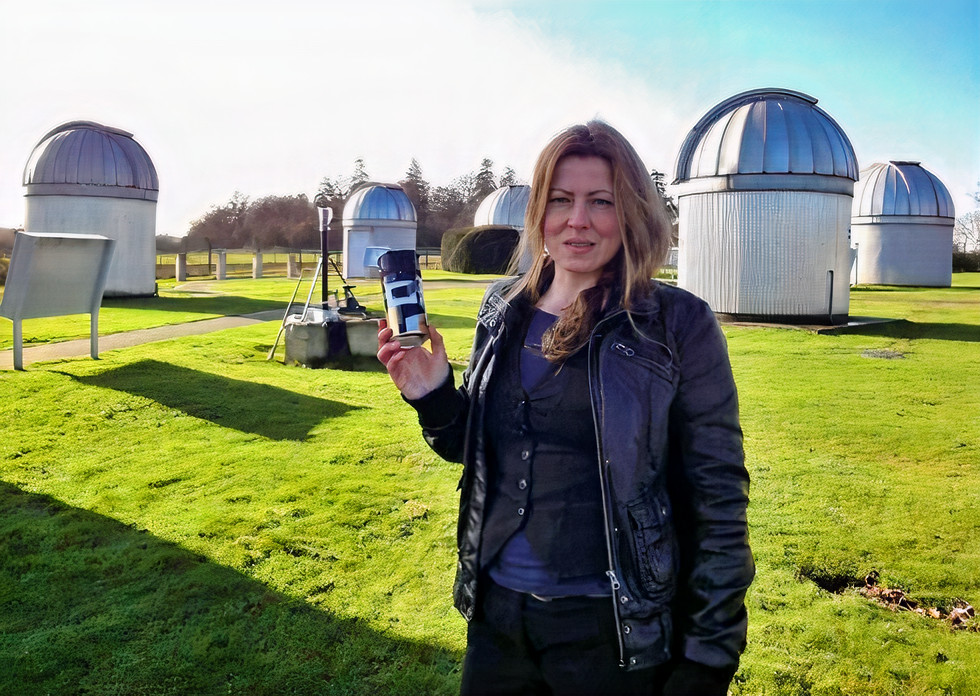 The camera remained on the telescope, all but forgotten, until they were removed this September by the observatory’s principal technical officer, David Campbell. Valkenborgh thought that all of the pinhole cameras were defunct, but inside one of them was a stunning image that shows the 2,953 arced trails of the sun as it rose and set through nearly a decade of changing seasons.

It was a stroke of luck that the picture was left untouched, to be saved by David after all these years. I had tried this technique a couple of times at the Observatory before, but the photographs were often ruined by moisture and the photographic paper curled up. I hadn’t intended to capture an exposure for this length of time and to my surprise, it had survived. It could be one of, if not the, longest exposures in existence,” said Regina Valkenborgh.