It’s better to be safe than sorry, especially when driving anywhere these days. A Seattle woman’s dash cam recorded a 47-year-old man throwing an axe at her windshield in a crazy act of road rage. He promptly fled the scene in a Jeep after launching the weapon at the woman’s car in Seattle, Washington. The police report stated that the driver became angry at the unidentified woman for reasons unknown and began honking before cutting her off to throw the axe. Read more for the footage.

The woman apparently did attempt to take an alternate highway exit in an unsuccessful effort to avoid him. Fortunately, the man was arrested and also linked to a theft at a Home Depot store a well as shouting threats and racial slurs at another person a few days after this confrontation. He is currently facing charges of felony hate crime and theft. 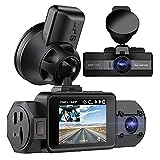 In Case of Zombie Apocalypse, This Ford F-250 with Over 50 LED Lights Might Come in Handy