Google Street View can be used for many things, like visual turn-by-turn directions, or just a virtual vacation, but one Peruvian man discovered much more. He was allegedly searching for the quickest way to reach the Bridge of Sighs, in Barranco, Lima, when he stumbled upon a curly-haired woman sitting on a bench with a not so familiar man. Despite their faces being blurred, he quickly identified the woman as his wife due to her hair and clothes. A divorce ensued shortly after. continue reading for another picture and more information. 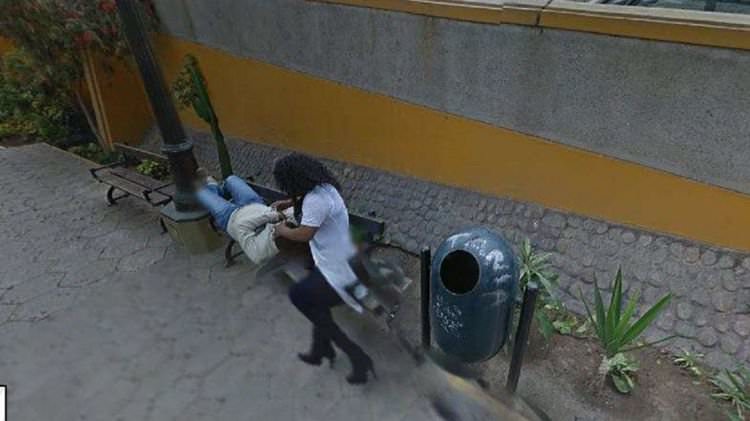 “The unnamed husband posted images of his discovery on Facebook, where they got a wide range of reactions, from jokes to encouraging comments and condemnation of the cheating wife. The photos quickly went viral and have been doing the round online for almost a week. Google Street View footage has accidentally revealed couples’ infidelity several times in the past, but has also captured some truly bizarre scenes,” reports Oddity Central.