With Apple having official stores in China now, we don’t come across as many crazy iPhone smuggling stories, but then this guy popped up in the news. Simply put, he decided to strap 94 iPhones (various models) to his body in an attempt to smuggle them from Hong Kong to Guangdong province, China. The China Daily reports that they are valued at a combined 300,000 yuan ($48,300+ USD), and attached “to his chest, belly, thighs and shanks” with run-of-the-mill masking tape. Continue reading for more pictures and information. 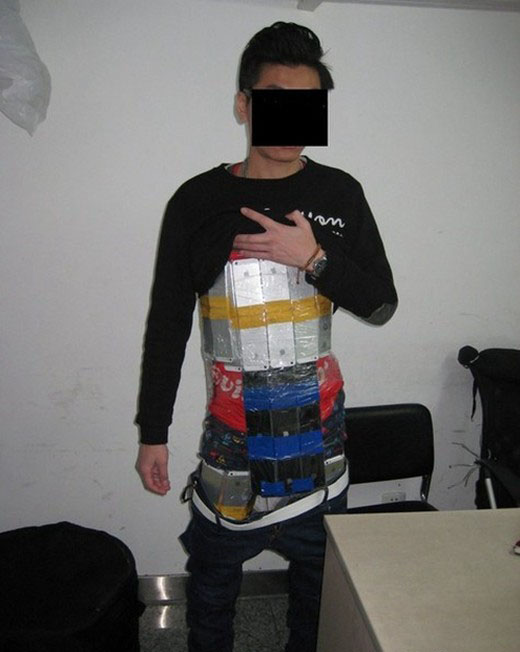 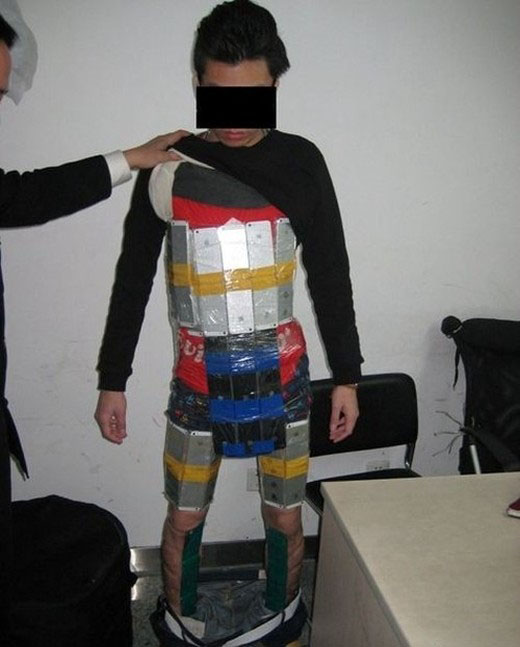 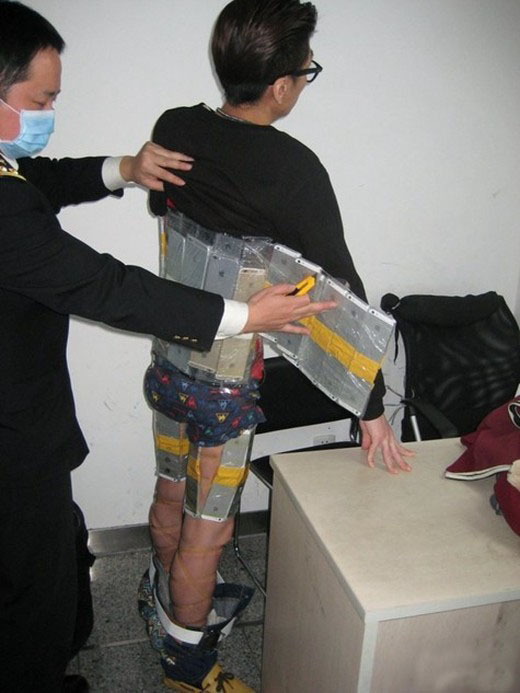 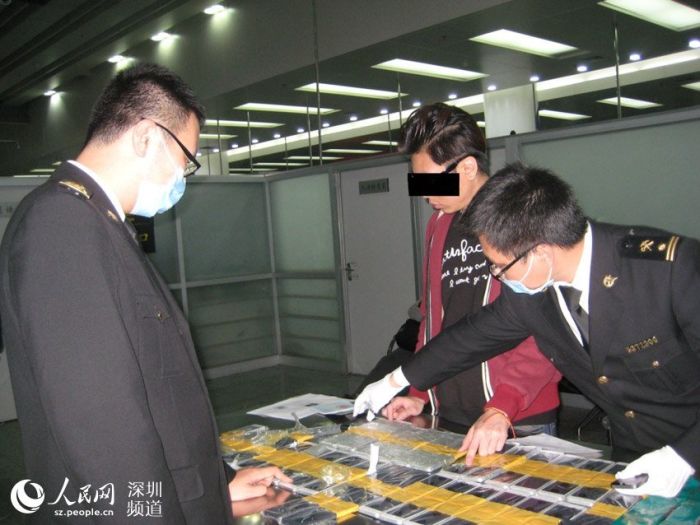 This unnamed man was trying to pass immigration in Hong Kong on January 11, but security officials noticed that his movement was awkward to say the least. These phones are now under the custody of custom officials in China until they figure out the entire story.

It Looks Like a Normal Room, But Turn the Lights Off and Something Cosmic Happens

How to Play Happy Birthday Using Your Phone’s Number Pad