You can use a 3D printer for many things, but a marble music machine is probably the last thing to come to mind. Inventor Ivan Miranda did exactly just that, and everything you see here has been 3D-printed, except for the drum, which was crafted from resin, along with the aluminum frame. There were no plans used, as everything had to be made from scratch, and it took around 3-weeks to complete.

This project was inspired by the original Wintergatan machine, which is essentially a music box that uses marbles to play instruments. It’s powered by a hand-crank and functions by raising steel marbles through the machine into different feeder tubes, where they are then released from a certain height using programmable release gates. These marbles then fall and strike a musical instrument below. 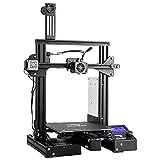 Programmer Creates Super Mario 64 Port for Apple TV, Here’s How to Download It

Don’t Pay $150, Get a Fitbit Luxe Fitness and Wellness Tracker Watch for $99.95 Shipped – Today Only