McLaren Applied Technologies reveals MCLExtreme, or what they envision F1 cars will look like in 2050, the year that also mark the 100th anniversary of Formula 1. Featuring an open-wheeled design, a suspended front wing that stretches up seamlessly to an enclosed cockpit, and two individual wings that curve over the rear wheels out back. Apparently, the vehicles can also glow a certain color to represent the emotions of the driver. Read more for a video, additional pictures and information.

“Given that the year is 2050, the futuristic F1 racer features an all-electric powertrain. While electric propulsion systems in the year 2019 are limited by range, McLaren expects no such issues in 2050 and believes race cars like the MCLExtreme could be recharged with inductive charging, allowing them to complete the distance of a full race. The powertrain could also help the vehicle achieve speeds exceeding 300 mph (482 km/h),” according to Car Scoops. 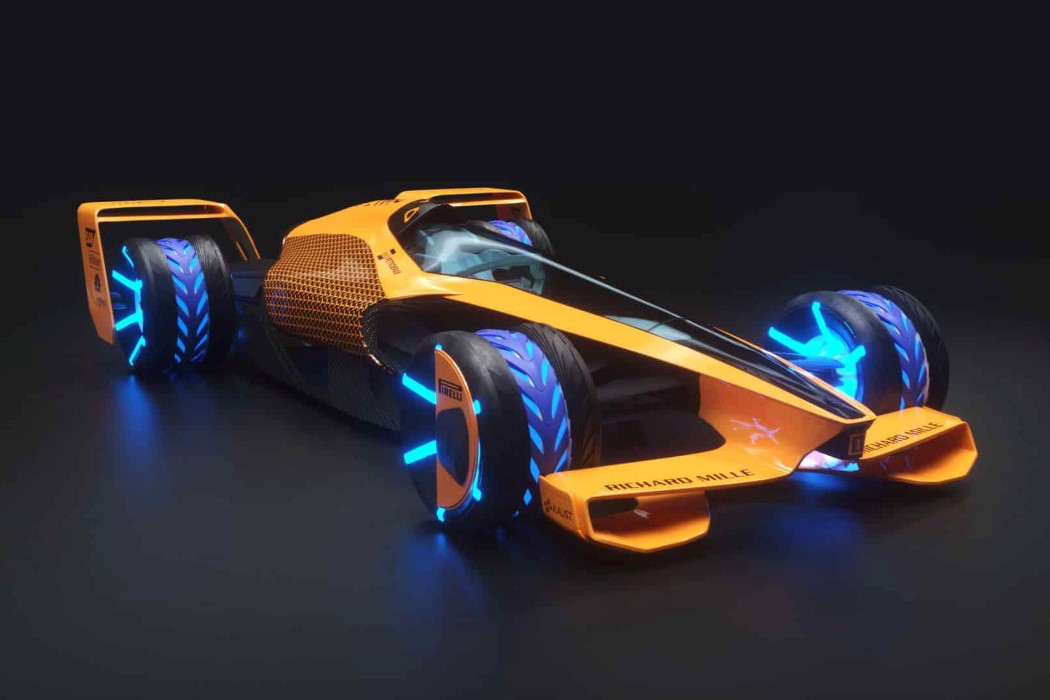 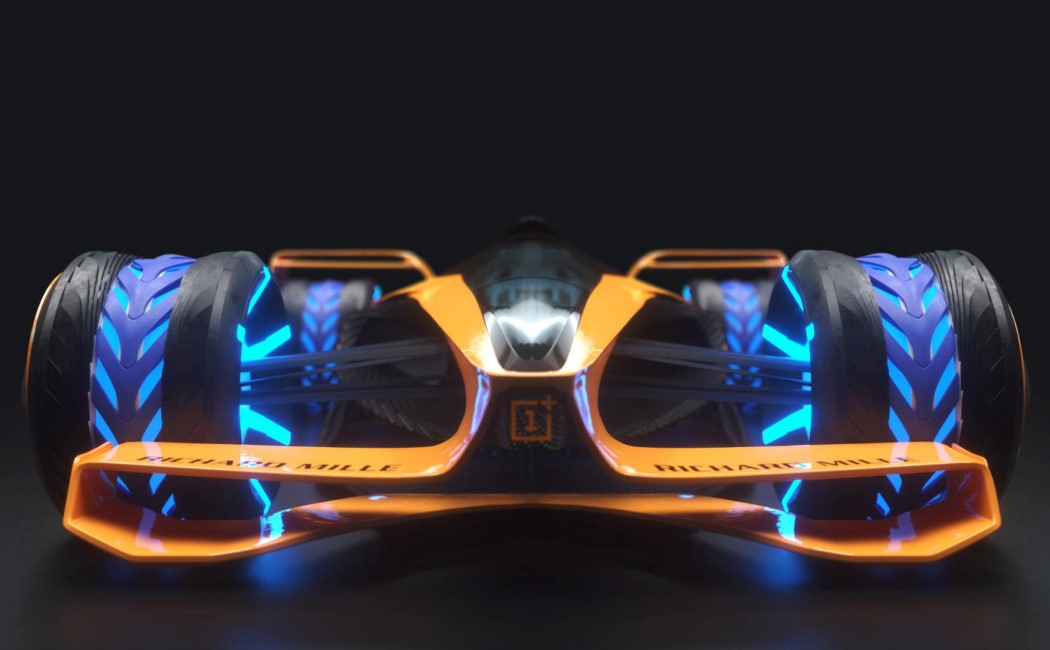 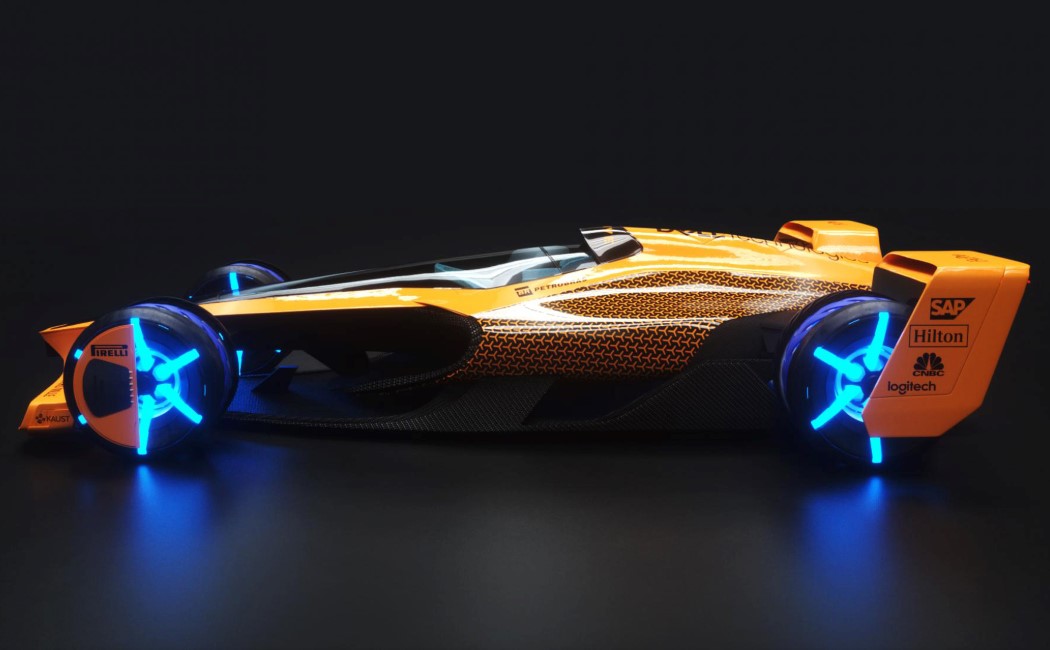 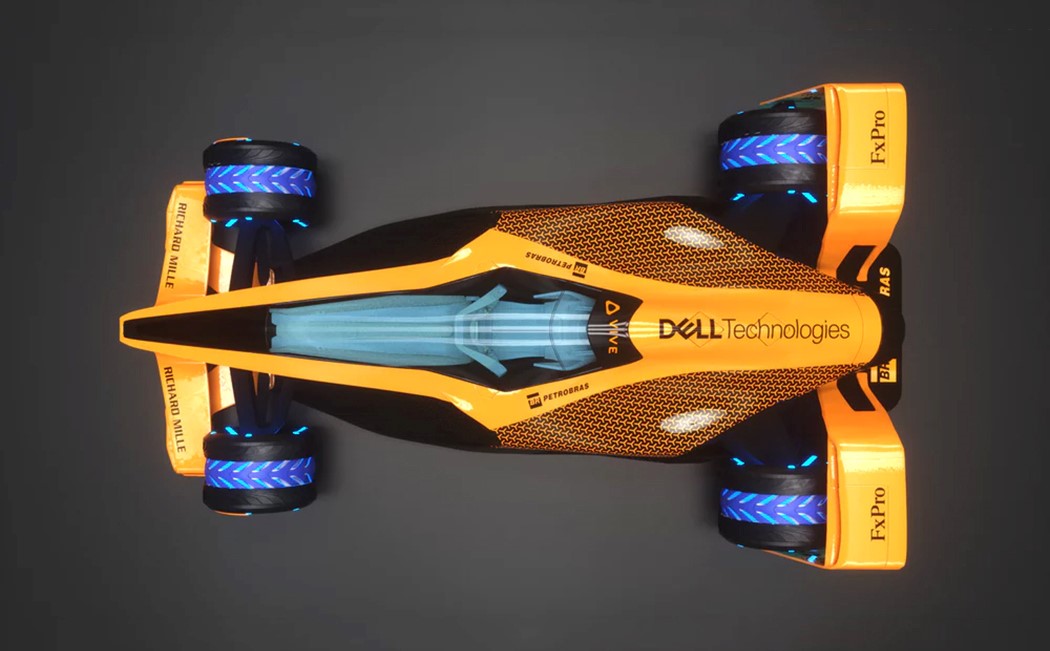 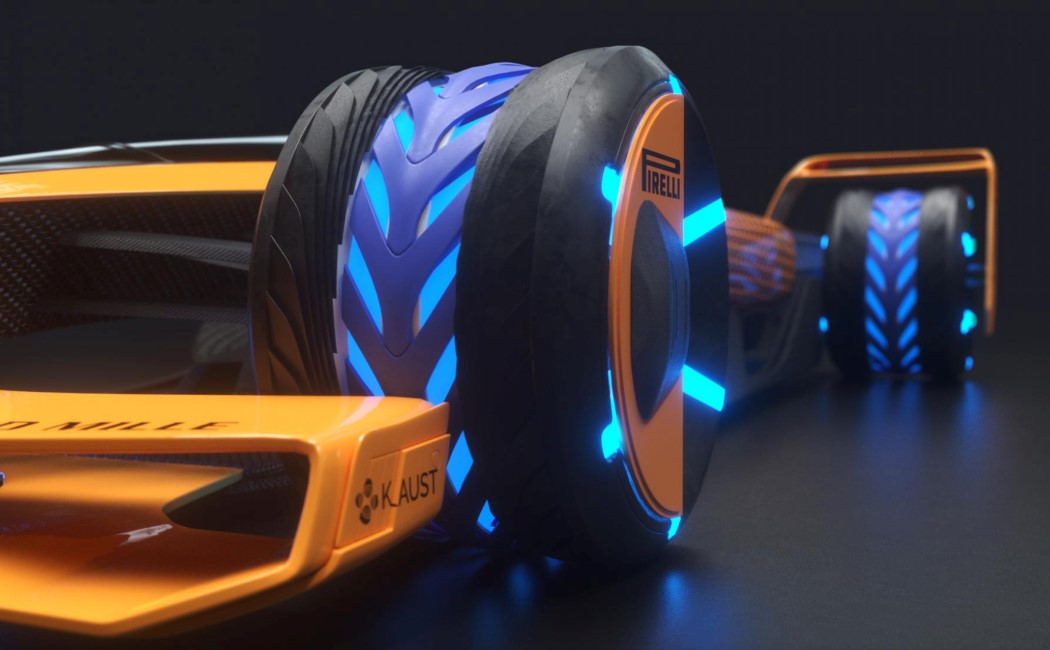 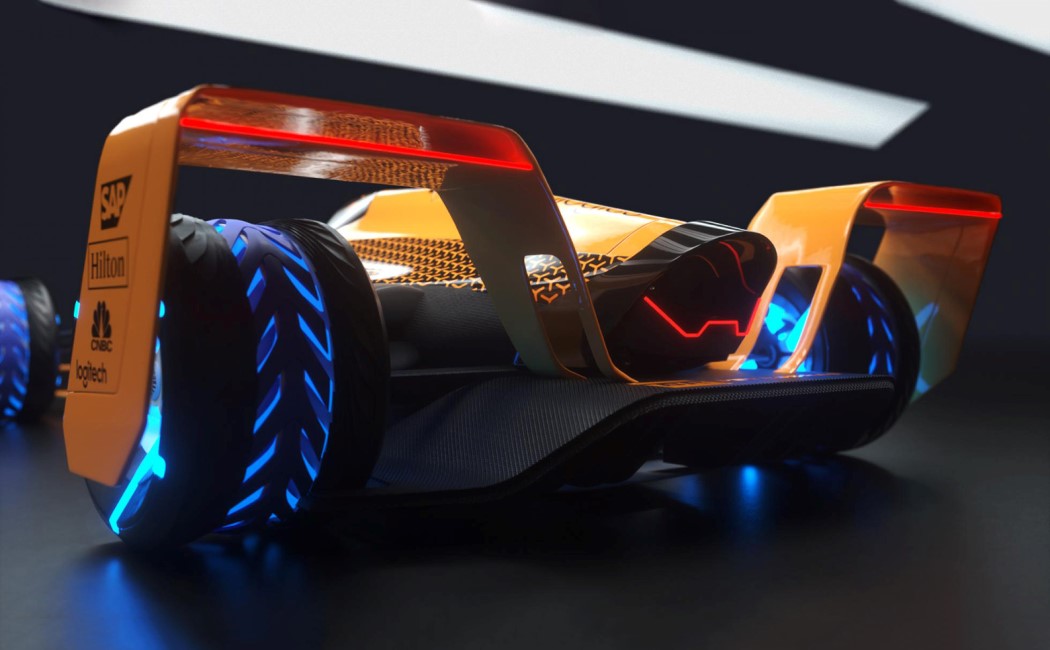