Researchers from MIT’s Computer Science and Artificial Intelligence Laboratory (CSAIL) have developed LaserFactory, an innovative system capable of printing functional, custom-made devices and robots, all without human intervention. It’s a three part system that allows users to create structural geometry, print traces, and assemble electronic components like sensors as well as actuators. To create a drone, a user would first design it by placing components from a parts library and then draw on circuit traces, which are the copper or aluminum lines on a printed circuit board that allow electricity to flow between electronic components. Read more for a video and additional information.

Next, the drone’s geometry would be finalized in a 2D editor – the propellers and batteries on the canvas – before they are wired to make electrical connections and the perimeter drawn to define the quadcopter’s shape. The software then translates the custom blueprint into machine instructions and embedded into a single fabrication file for LaserFactory to make the device in one sitting, aided by the standard laser cutter software. LaserFactory automatically cuts the geometry, dispenses silver for circuit traces, places components, and then cures the silver to make the traces conductive, securing the components in place to complete fabrication. 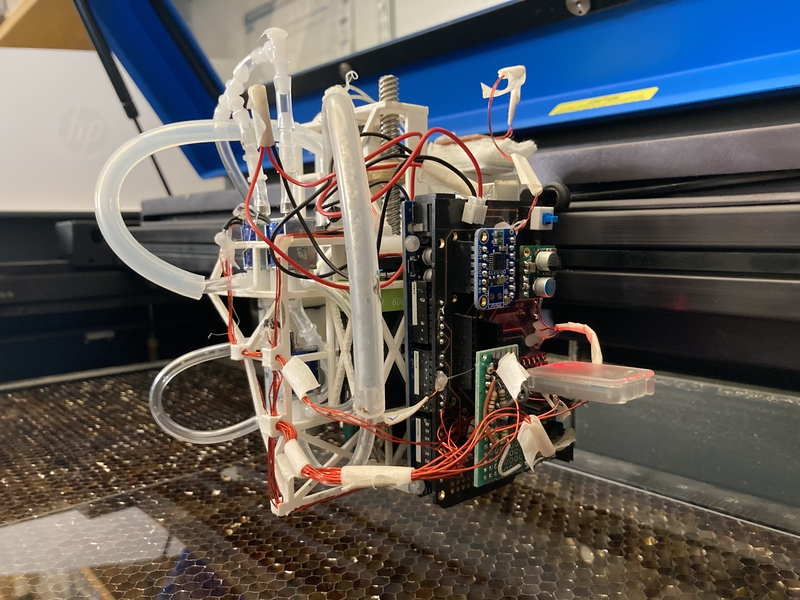 Making fabrication inexpensive, fast, and accessible to a layman remains a challenge. By leveraging widely available manufacturing platforms like 3D printers and laser cutters, LaserFactory is the first system that integrates these capabilities and automates the full pipeline for making functional devices in one system,” said Martin Nisser, lead author on a paper about LaserFactory that will appear in the ACM Conference on Human Factors in Computing Systems in May.