Photo credit: Andrew McCarthy
Photographer and astronomy enthusiast Andrew McCarthy extracted color data from 150,000 moon photos to show all the different colors of the minerals found on its surface. “The color was already in that picture, hidden behind the glare of the moon’s albedo, and represents the mineral content of our moon. While my previous images showed you the detail you could see if your eyes were sharper, this one shows you what the moon could look like if our eyes and brain were much more sensitive to color,” said McCarthy. Read more for a cropped shot that really makes the colors stand out. 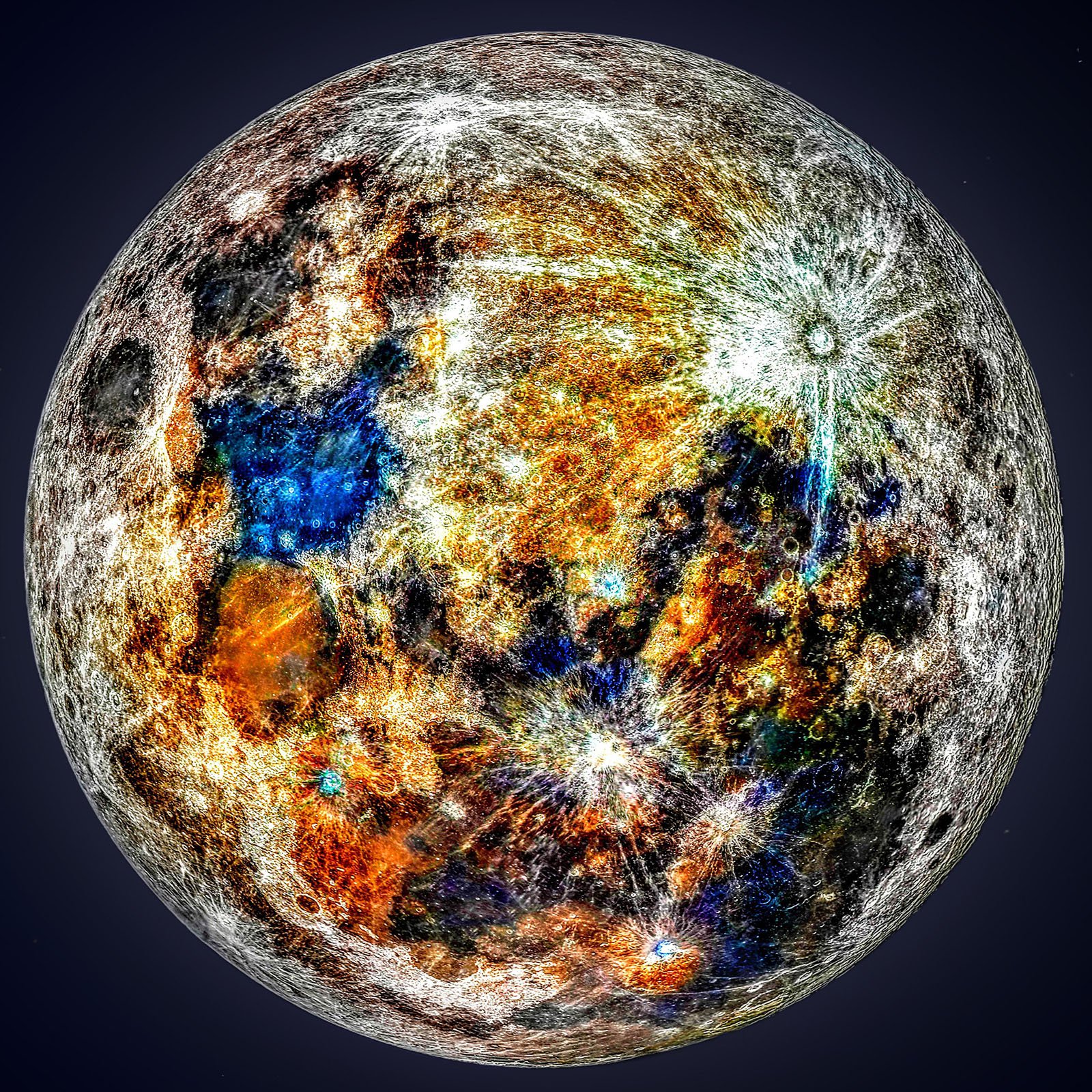 “McCarthy shot all the images with the Orion XT10 telescope, a Skywatcher EQ6-R Pro computerized equatorial mount, a ZWO ASI224MC color astronomy camera, and the Sony a7 II full-frame mirrorless camera. After shooting 142,000 images with the ZWO, 2,000 with the Sony, and hundreds more with a 300mmm lens, McCarthy stacked and stitched the images in AutoStakkert! and Photoshop, respectively. And to turn the color ‘up to 11’, McCarthy adjusted saturation, contrast, and sharpening,” reports Peta Pixel.

The Rainbow Sheikh Builds “Dhabiyan”, the Most Bizarre-Looking SUV You’ll Ever See