Photo credit: Andrew McCarthy
Photographer / astronomy enthusiast Andrew McCarthy used his Sony a7 II mirrorless camera and his ZWO ASI224MC to capture a combined 50,000 images to create this amazing 81-megapixel shot of the moon. “The lit side of the moon was processed using 25 ’tiles’ that were stitched together in Photoshop. Each ’tile’ was a stack of the best 50% of 2000 images captured with the ZWO. The dark side is around 13 tiles, each with the best of around 50 images. The stars were captured with a stack of 50 shots with the Sony,” the photographer told Peta Pixel. Read more for a cropped version showing the details of the moon. 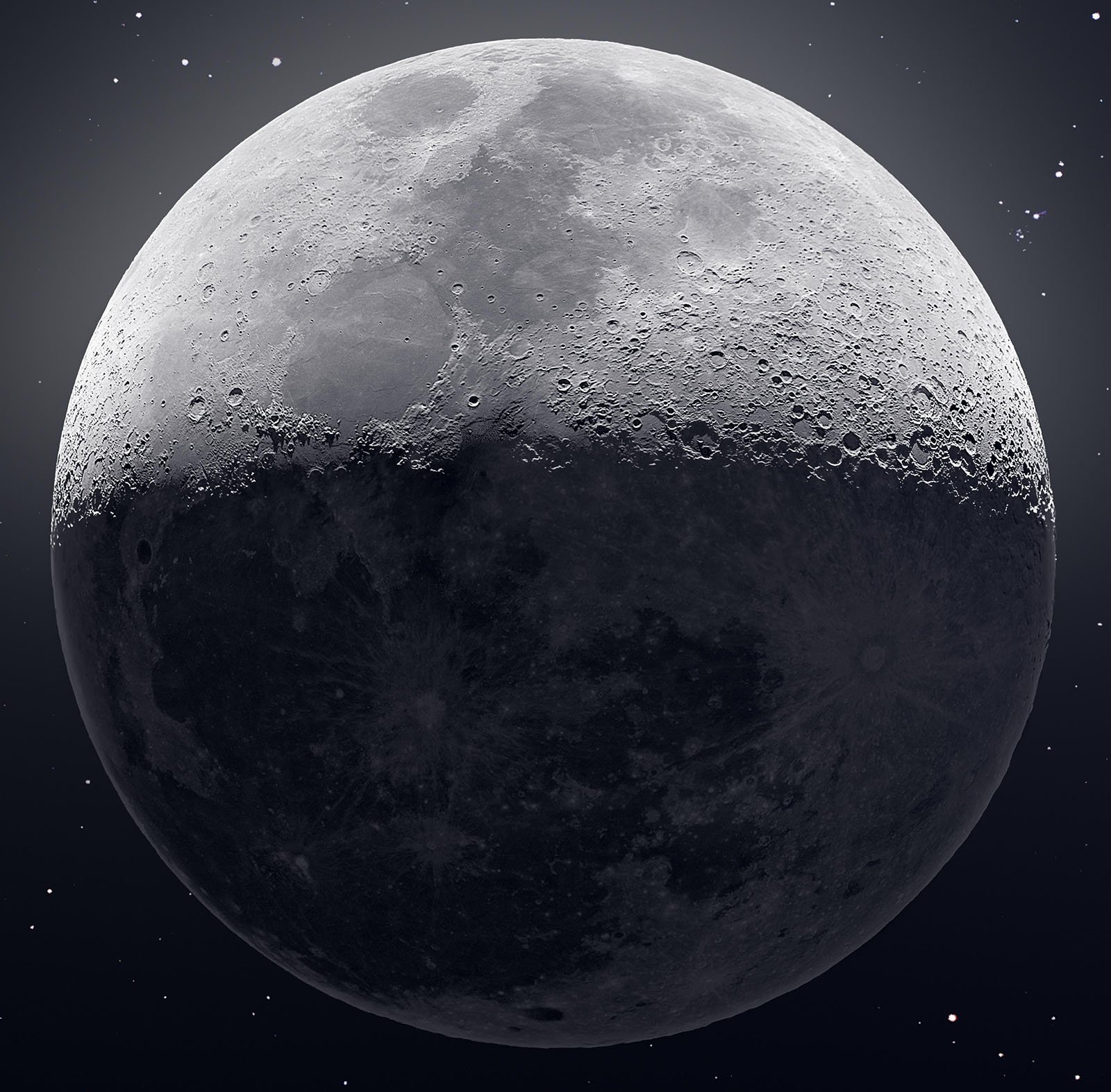 “The stars and the dark portion of the moon were captured with the Sony a7 II. The stacks were blended using AutoStakkert!, and McCarthy then turned to Photoshop to process and stitch together the photo,” reports Peta Pixel.