The Mercedes EQ Silver Arrow 01 has made its official debut at the Geneva Motor Show, and this is the automaker’s first full-electric race car designed to compete in Formula E. It’s powered by a 52 kWh battery, paired with an electric powertrain that generates 335 hp, plenty of power to boost the 1,984-pound vehicle from 0-60 mph in approximately 2.7 seconds, while topping out at 174 mph. Read more for a short video, live pictures from Geneva, and additional information. 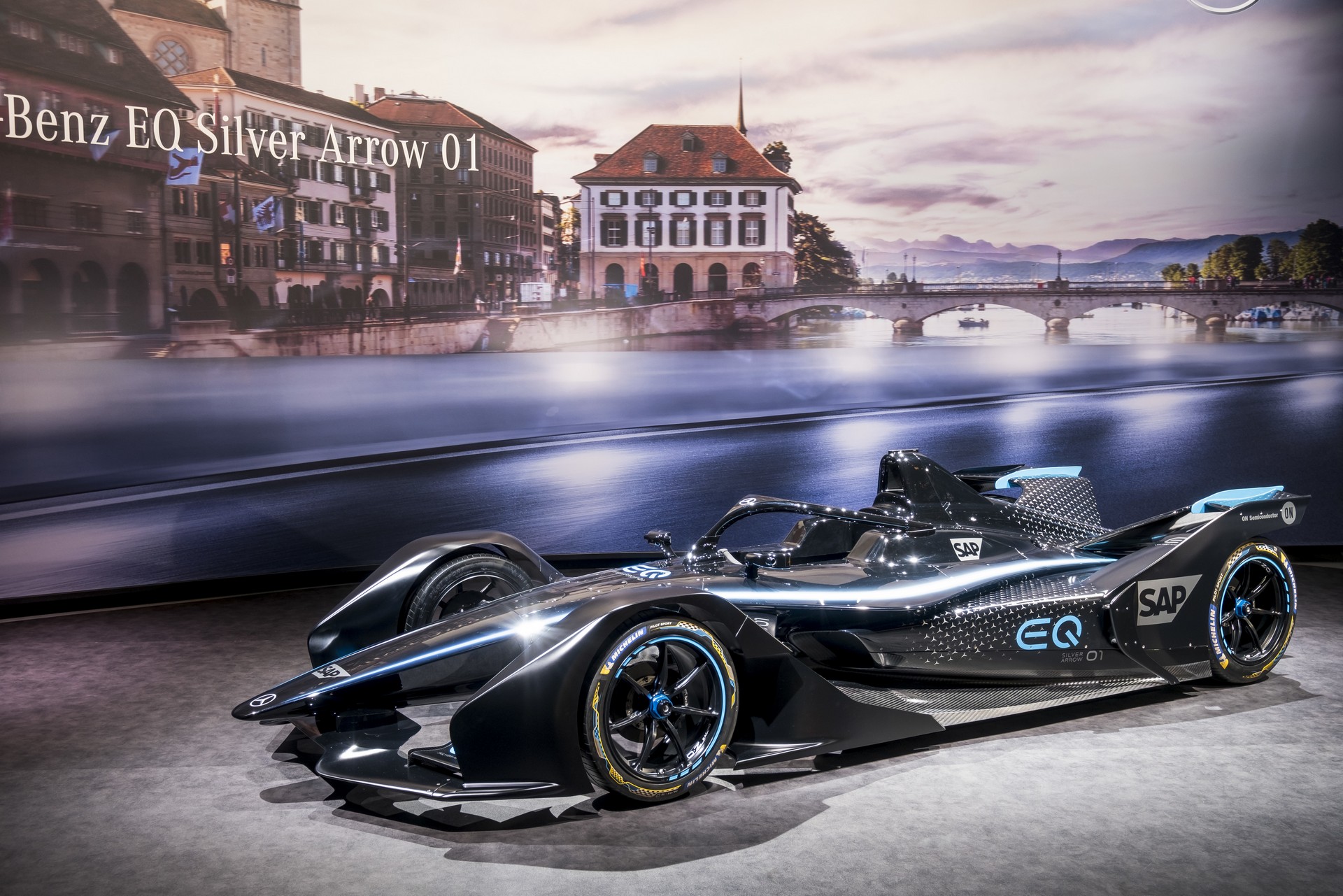 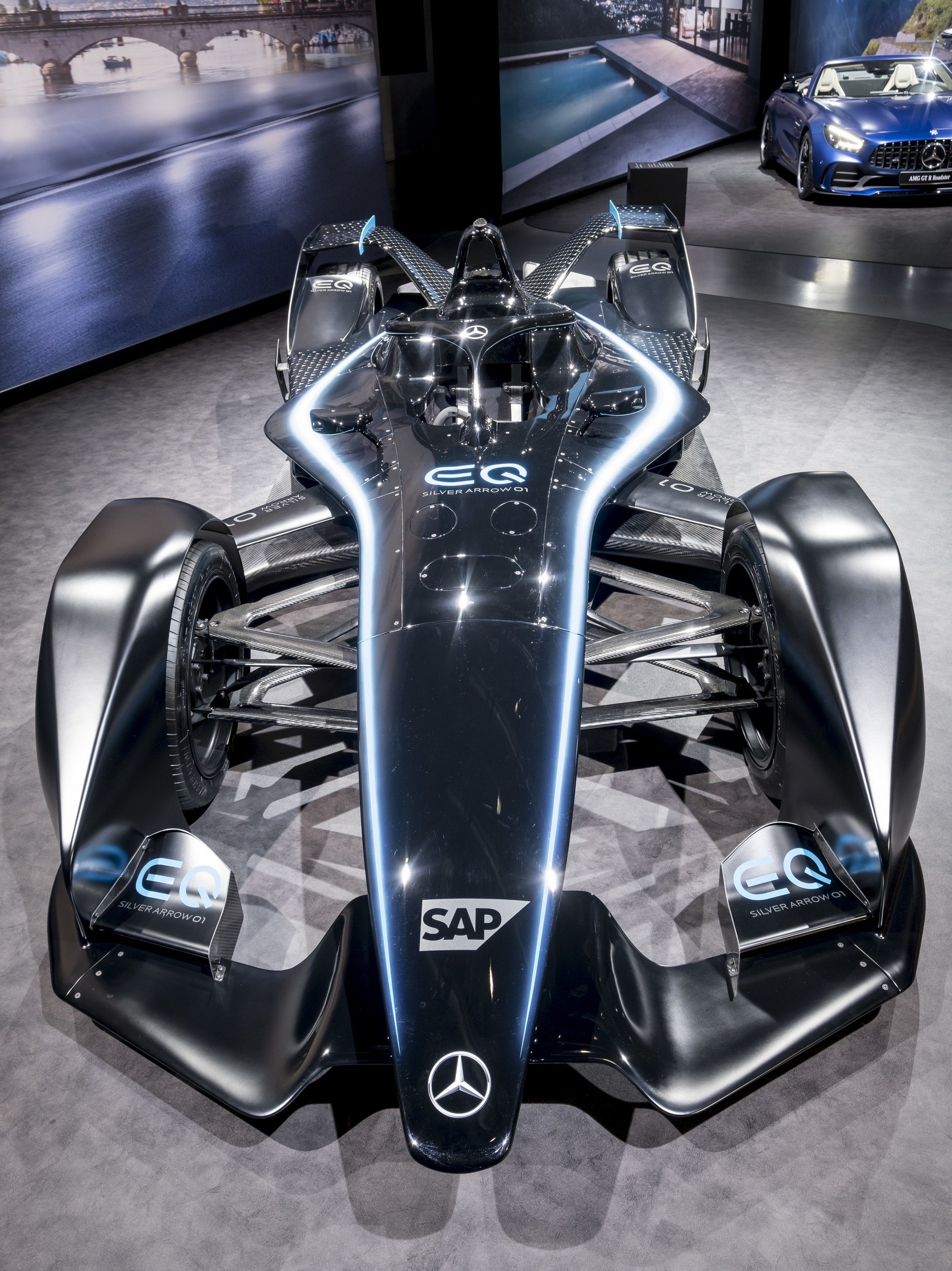 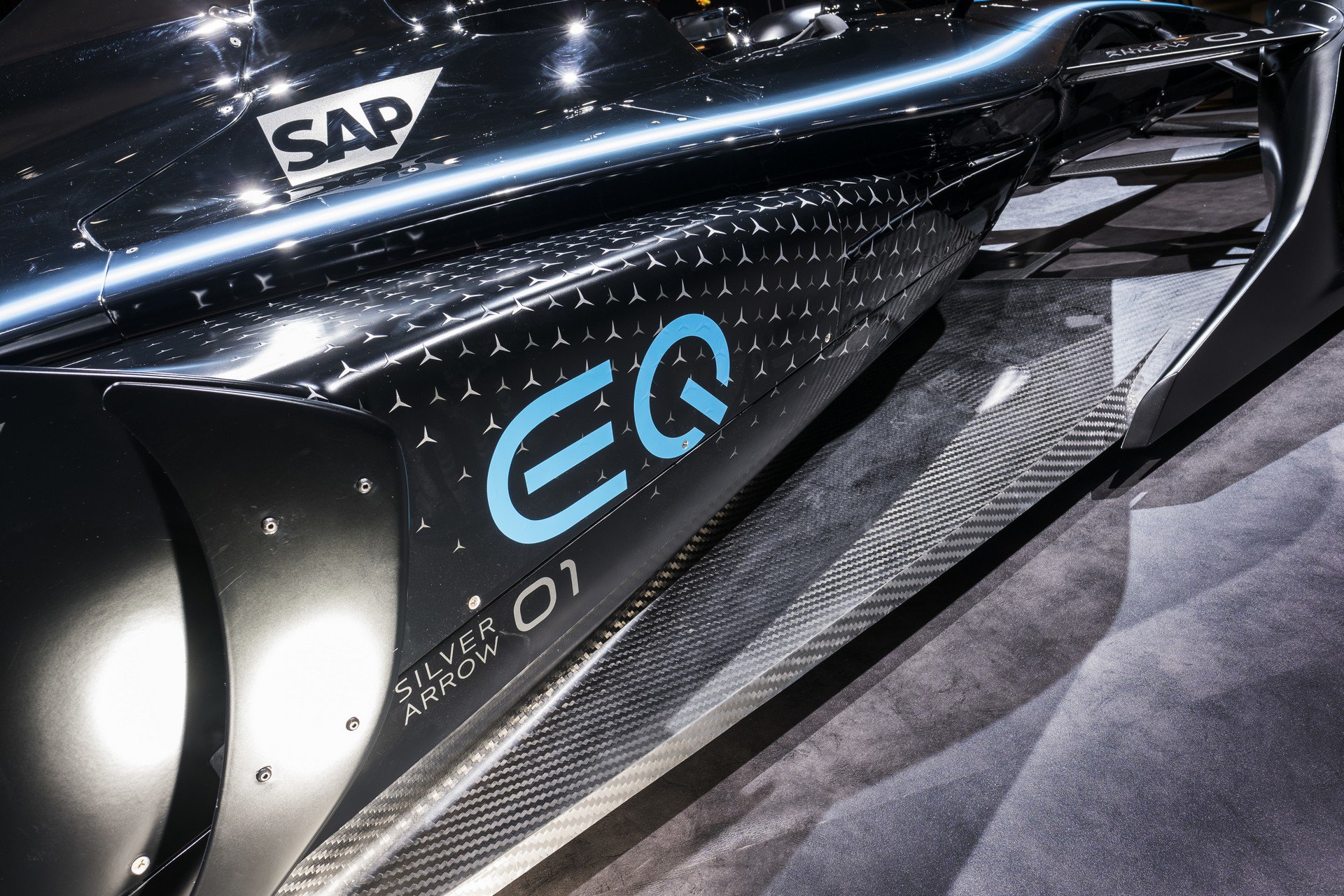 Photo credit: Car Scoops
“The EQ Silver Arrow 01 will enter competition later this year and Mercedes will become the only automaker to compete in both Formula 1 and Formula E. The company noted the ‘parallel commitment to the two racing series will enable Mercedes to transfer the lessons learned in both arenas to the road,'” reports Car Scoops.

This Colorful Shot of the Moon Uses Data Extracted from 150,000 Photographs