Photo credit: Lets Go Digital
Motorola’s new RAZR foldable smartphone was inspired by the RAZR V3 and will be released as an exclusive on Verizon Wireless with a starting price of $1,500, but the next version just might be worth waiting for. In addition to a modular design that will let you snap on components, it’s rumored to have a much higher resolution camera setup, complete with a fisheye lens. Read more for the patent sketches and additional information. 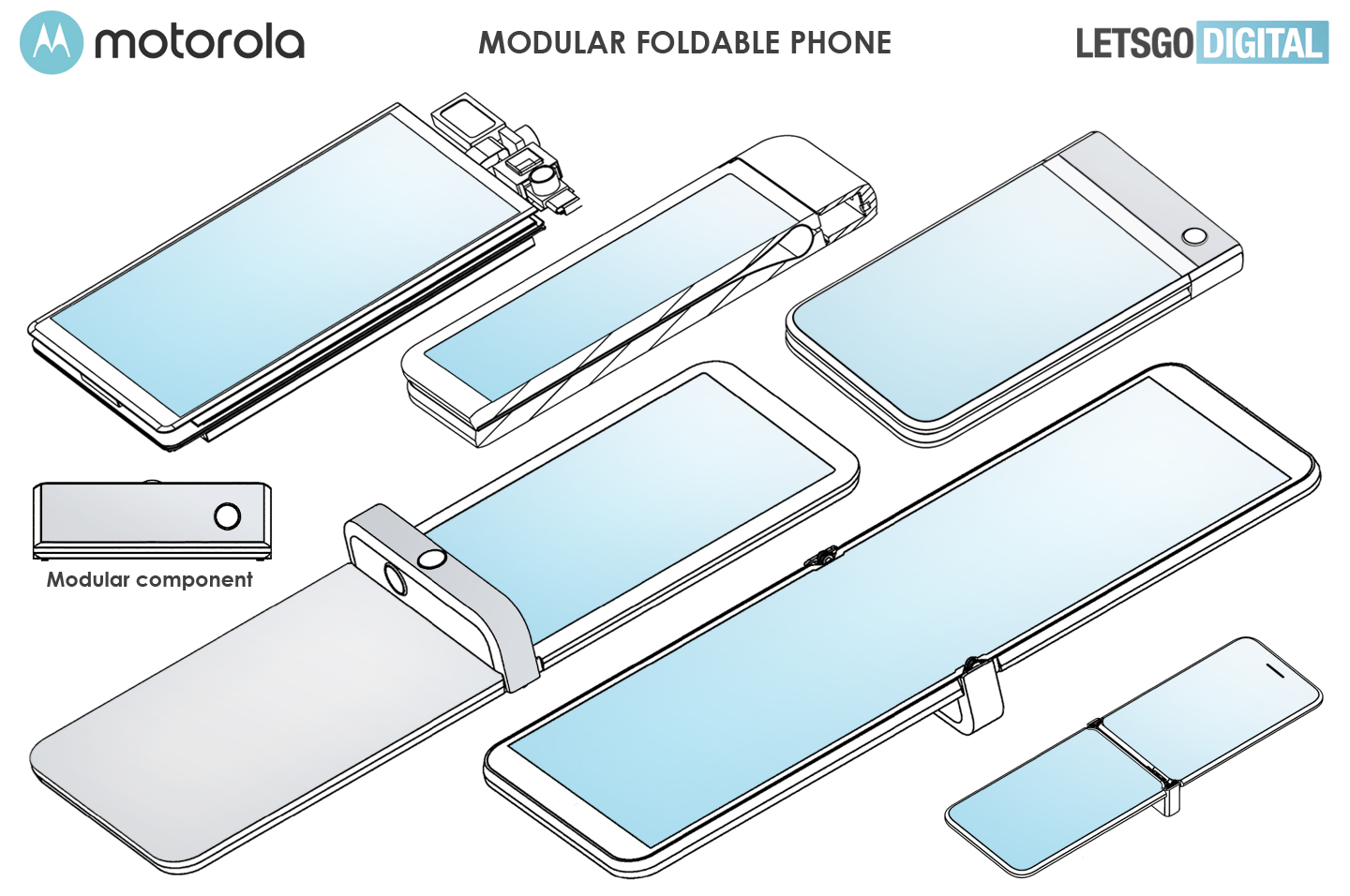 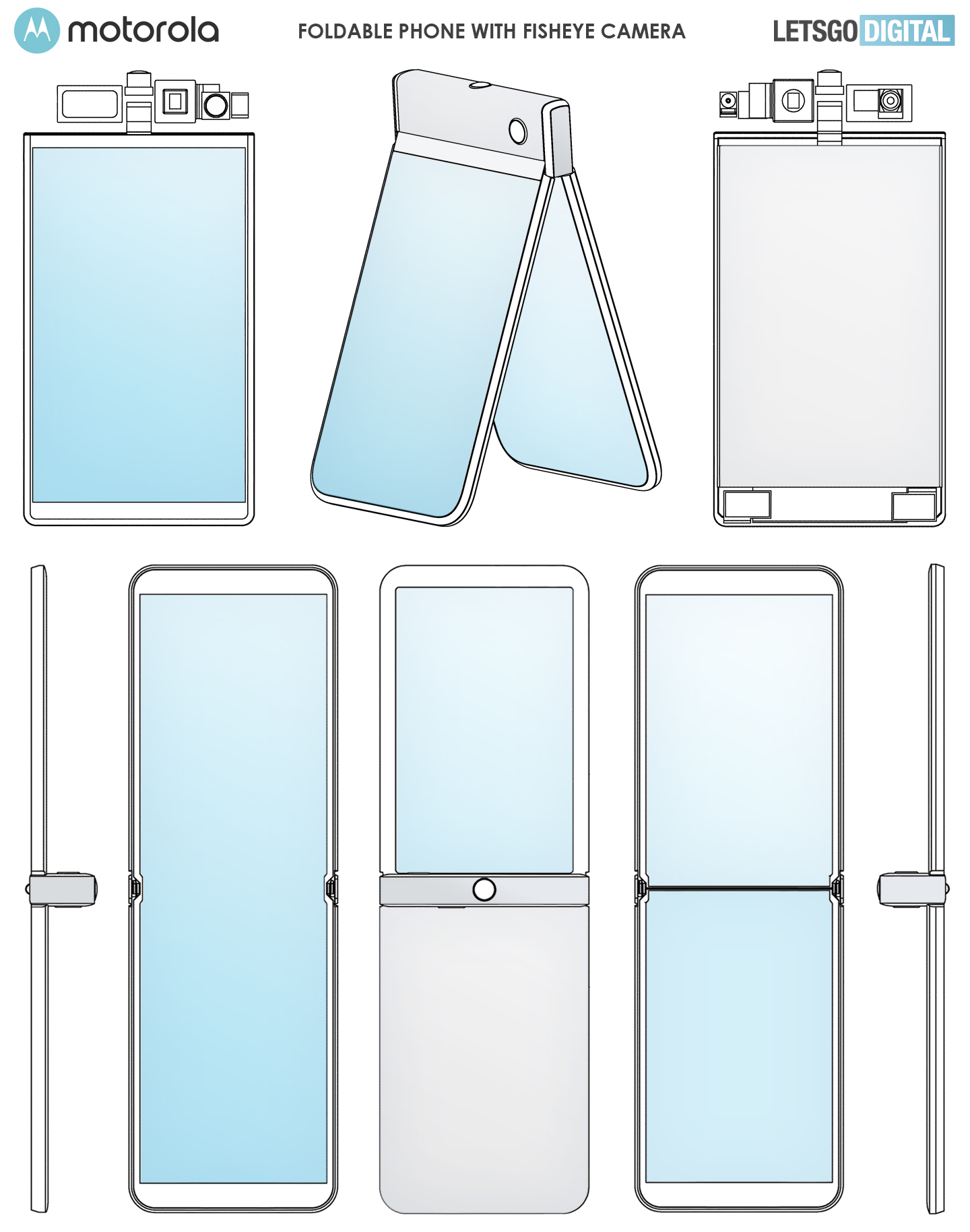 Motorola Mobility filed a patent with the USPTO (United States Patent and Trademark Office) for an ‘electronic device with linking housing pivotally coupled between device housings’ and it was published on August 22, 2019. This also appears to be a clamshell phone that when closed, a front display is accessible, and once opened, a narrow, elongated screen unfolds. 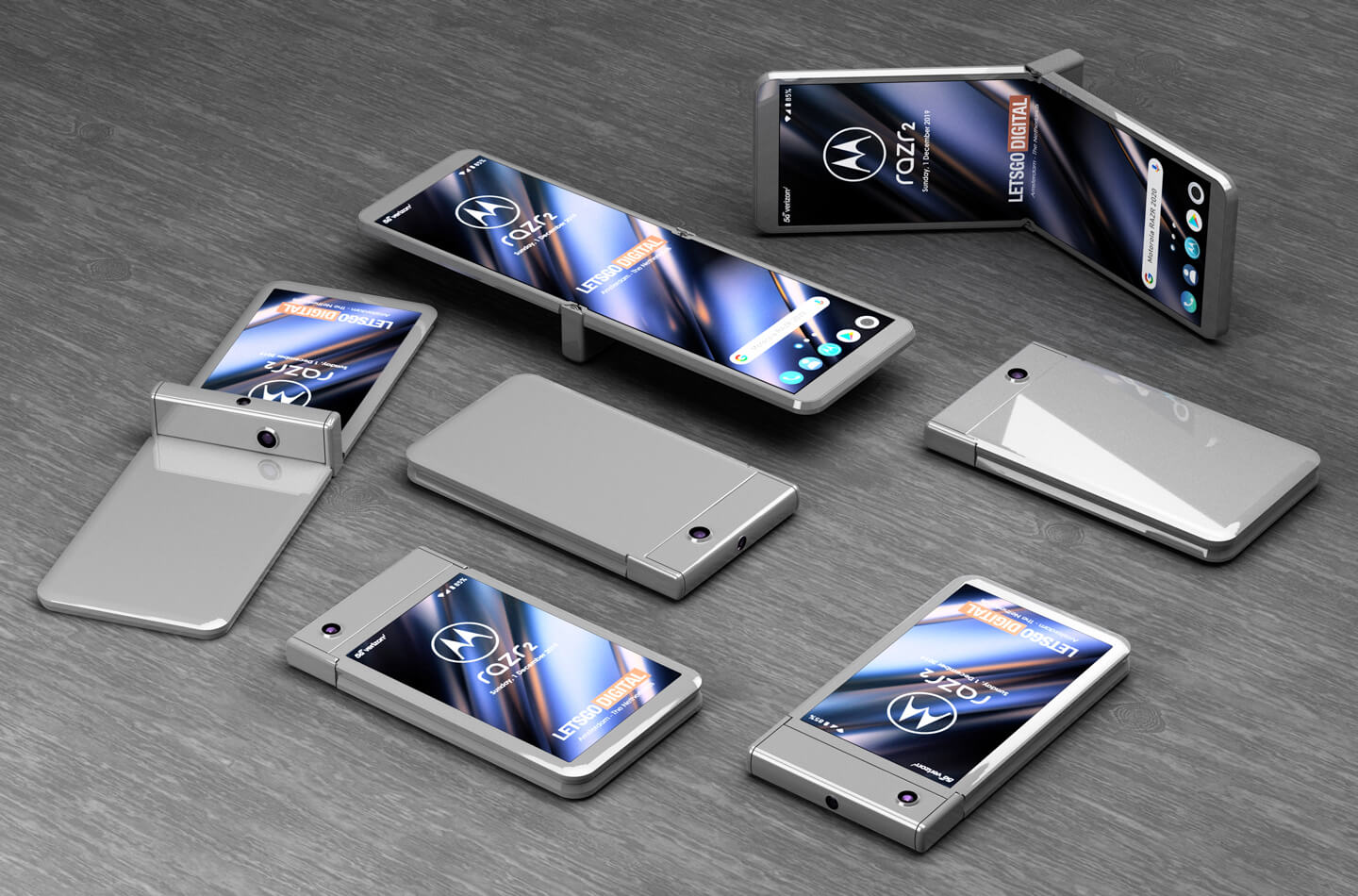 Unlike the current model, this one apparently can be configured with two separate displays, thus bringing its cost down significantly. This means users may be able to attach a physical keyboard to the lower section, or other accessories. 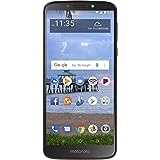