For those who don’t know, Motorola’s RAZR V3, first released in Q3 2004, combined a number of design choices that set the device apart from the competition. It had the thinnest profile at the time on a clamshell phone, sported an electro-luminescent keypad made from a single metal wafer, and utilized an industry standard mini USB port for data transfer, battery charging as well as headphones, all in a sleek aluminum body. The handset was so popular that it sold 130-million units during its lifespan, making it the best selling clamshell phone to date. This V4 concept follows up, but with a foldable OLED display that expands to full-size as needed. Continue reading for a bonus video, more pictures and information. 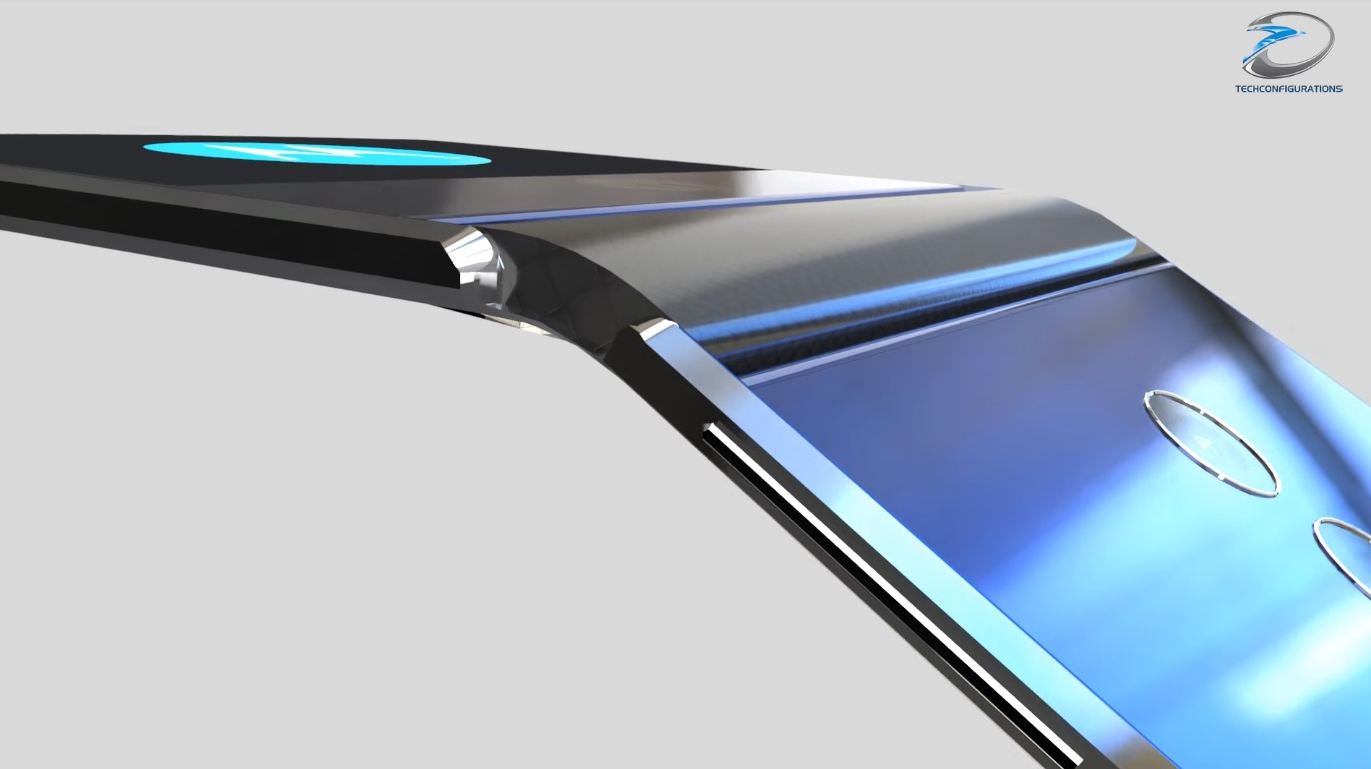 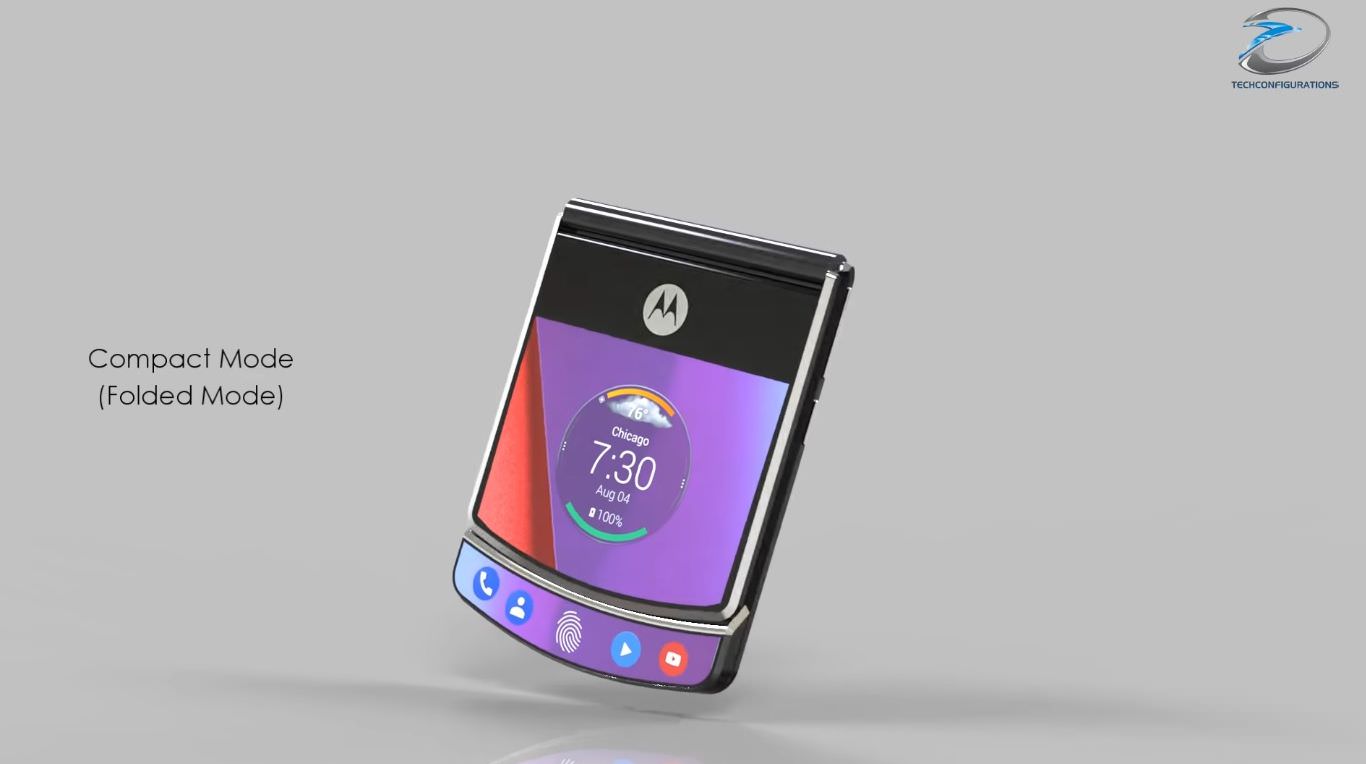 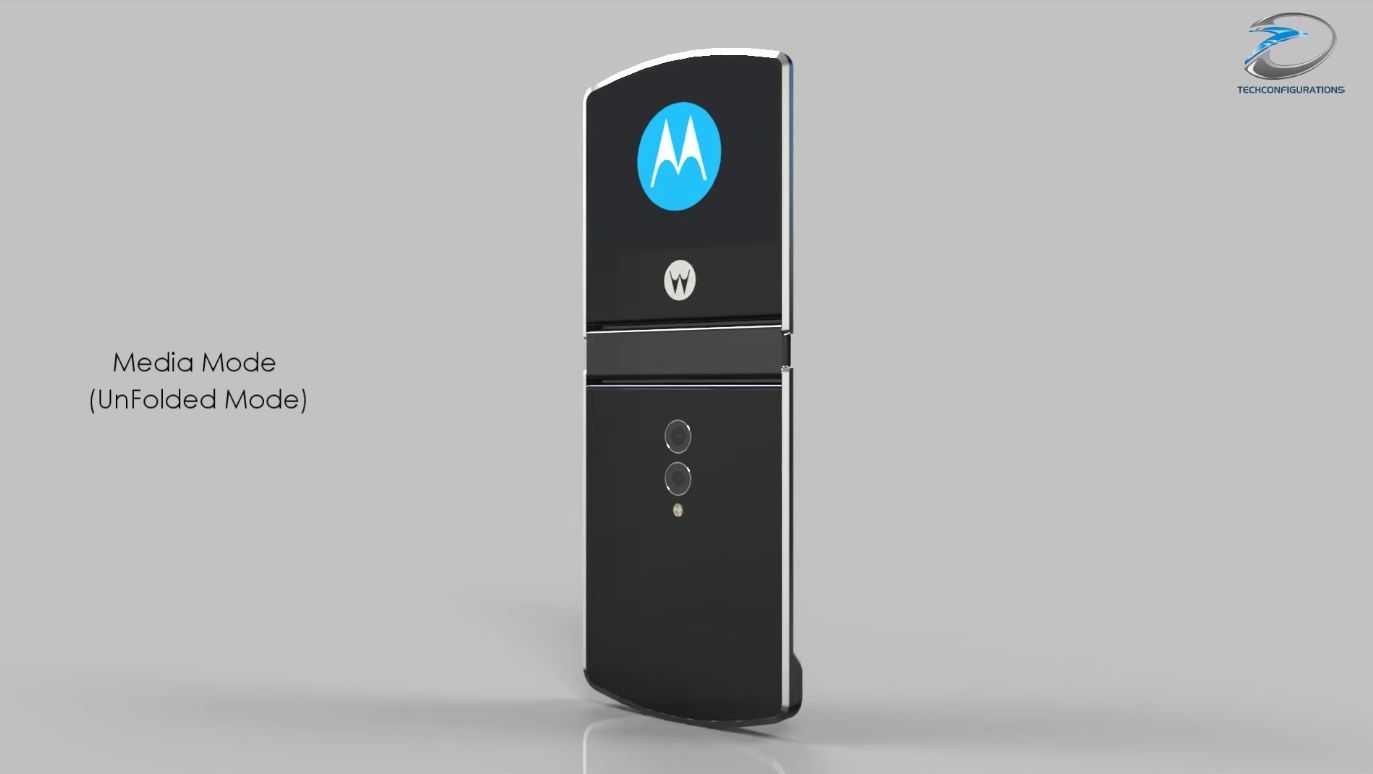 “When opened up, the Moto RAZR V4 has a 7 inch AMOLED HDR 10 screen, a Snapdragon 855 CPU and a hinge, that feels like it prequels a Surface Phone or Samsung Galaxy X. Crazy enough, this ultra slim device is just 3.7 mm in thickness, when it’s opened up. Folded it reaches 7.5 mm. It feels like Tech Configurations really thought it out this time around,” reports Concept-Phones.