British inventor Richard Browning has set a Guinness World Record for recording the fastest speed in a body-controlled jet engine-powered suit by hitting 32.02 mph. The Iron Man-inspired flight suit boasts six kerosene-fuelled micro gas turbines, each with 22 kg of thrust, controlled through body movements alone. “This is real-world aeronautical innovation. We are serious about building a world-changing technology business. We stand at the very beginning of what human propulsion systems will do. It’s at the same point as the mobile phone was in the early to mid 80s or the internet of the early 90s,” said Browning. Continue reading for more world records you probably never knew about. 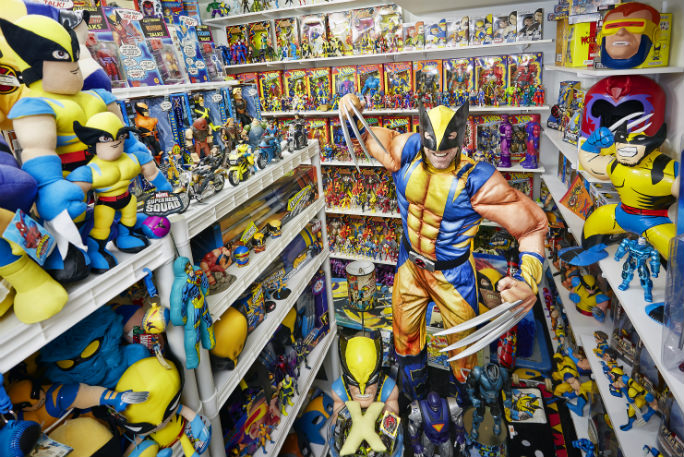 Eric Jaskolka from Des Moines, Iowa has taken the title as the owner of the largest collection of X-Men memorabilia by Guinness World Records. The super fans 15,400 piece collection includes everything from action figures, video games, backpacks and watches to candy, X-Men movies concession materials, as well as pizza boxes. “I started reading comic books in 1989 because I needed a form of escapism, and in the mid-90s I started collecting everything X-Men. My synagogue Sunday school teacher owned the local comic book store where I lived in Lincoln, Nebraska, and he said, ‘You might be interested in X-Men. There is a tie to Judaism and the Holocaust,'” said Jaskolka. 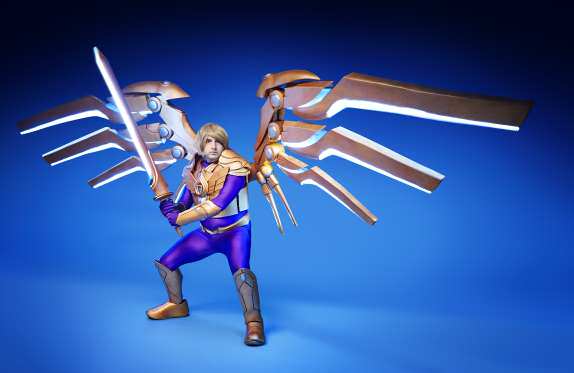 Leo Simon is a mega League of Legends fan who spent an entire year creating a life-sized costume of the Champion Aether Wing Kayle, one that enshrined him in the Guinness World Records 2018 Gamer’s Edition book. “The largest mechanical wings on a cosplay costume” measure 4.26 m (13 ft 11 in) when open and feature movable extensions that are operated by 10 individual motors. He used a number of unusual materials in its construction, including a bed stand, parts from a microwave and shelving. 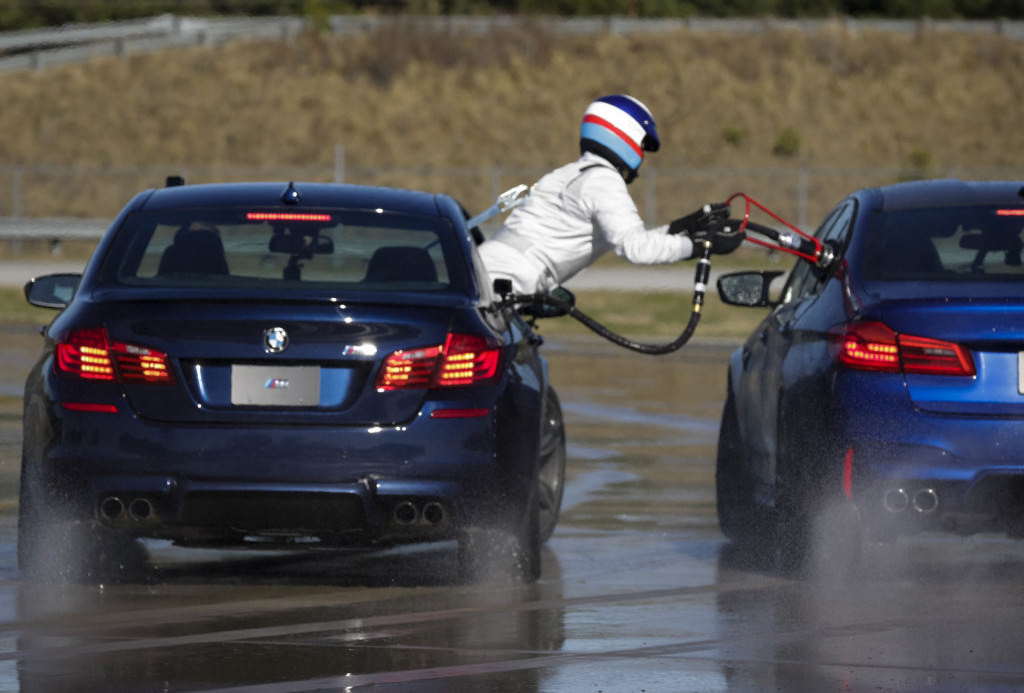 Danish racing driver Johan Schwartz is no stranger to challenges, so BMW knew he was the driver when it came to attempting a Guinness World Records title in its new M5. So, he was flown out to the BMW Performance Center in Greer, South Carolina, to challenge the “greatest distance vehicle drift in 8 hours” with the previous record standing at 144.126 km (89.55 miles). Johan started the engine and eight hours later an incredible new distance record of 232.5 miles was set in the sedan. 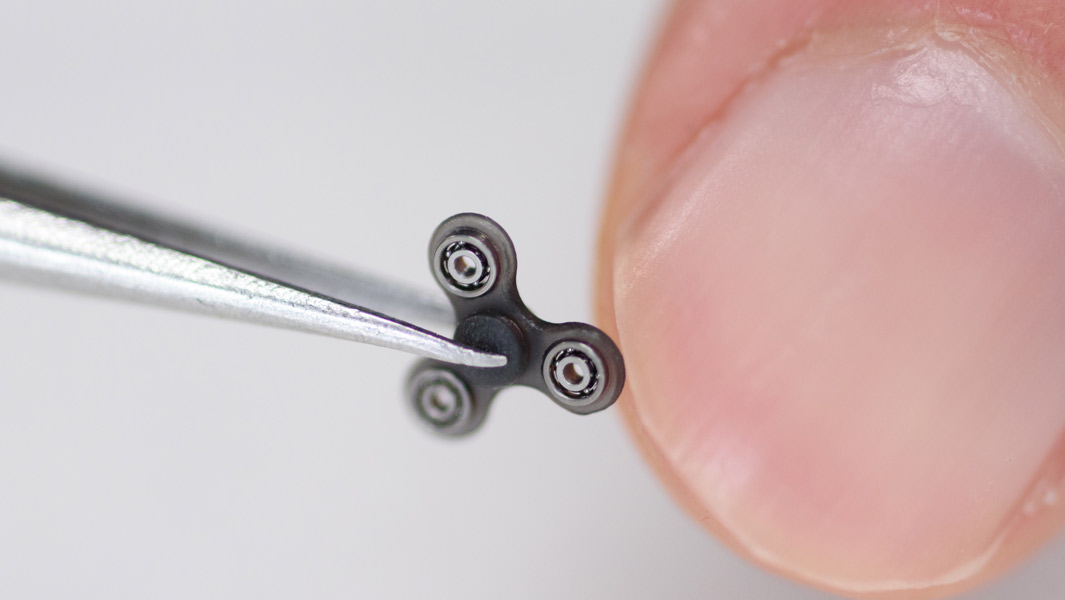 Fidget spinners may not be as popular as they were 6-months ago, but that didn’t stop MinebeaMitsumi Inc. from Minato, Tokyo from creating one that set a new world record. Measuring in at just a minuscule 0.20 in long, this fidget spinner is so small that it will easily fit on your fingertip. “From the viewpoint of a professional, toy finger spinners are not yet perfect. We can feel the quality when we touch them. We wanted to make a super high-quality one which has ‘the smallest, the longest rotation and the smoothest’ features, we wanted to prove the precision of our bearing by creating a fidget spinner which spins the longest,” said project leader, Shigeru None. 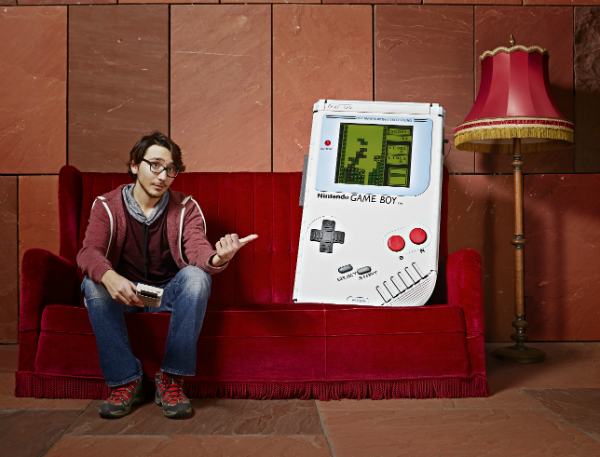 Brussels-based gamer Unal has entered the Guinness World Records 2018 Gamer’s Edition for creating the Largest Game Boy, called the Game Boy XXL. This monstrous device is fully functional, with everything powered by a Raspberry Pi concealed within the oversized external connector socket. It measures 3.31 ft tall, 2.03 ft wide and 0.65 ft deep, making for one giant dose of gaming fun. “The Game Boy was a huge part of many people’s childhoods, including my own. I was obsessed with my Game Boy as a kid, so I wanted to create something that would put a smile on little Ilhan’s face, and hopefully on the face of anyone who is a big kid at heart,” said Ilhan.