NASA astronaut Alan Shepard made his second space flight as Commander of Apollo 14 from January 31 to February 9, 1971. He piloted the lunar module Antares to the most accurate landing of the entire Apollo program, and this was the first mission to broadcast extensive color television coverage from the lunar surface, using the Westinghouse Lunar Color Camera. While on the Moon, Shepard used a Wilson six-iron head attached to a lunar sample scoop handle to drive golf balls. Continue reading for another video and pictures of the club itself. 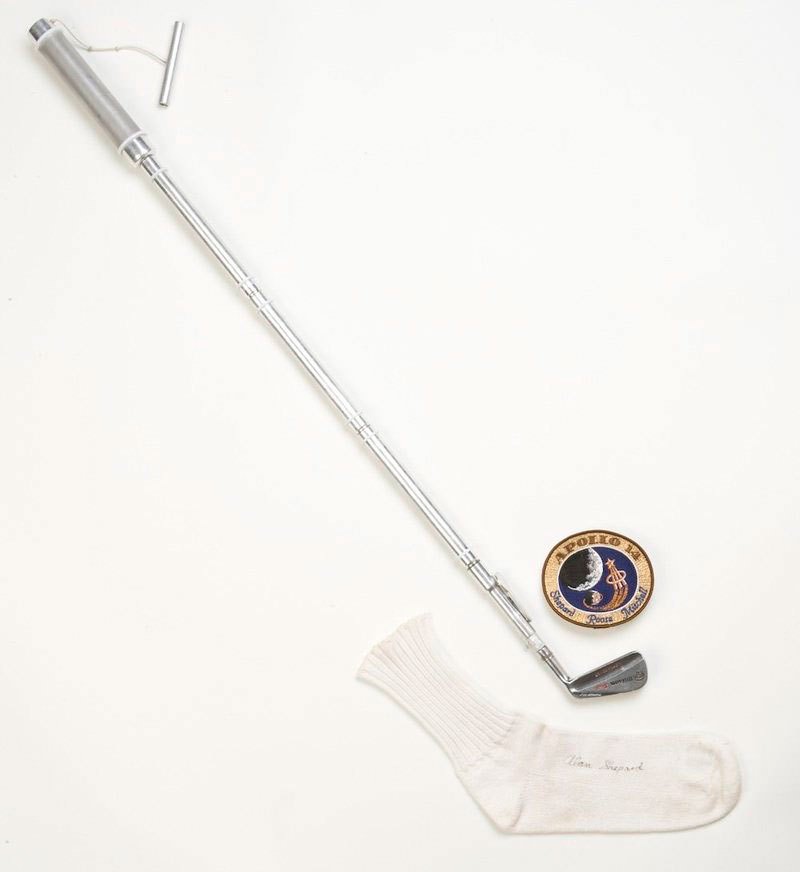 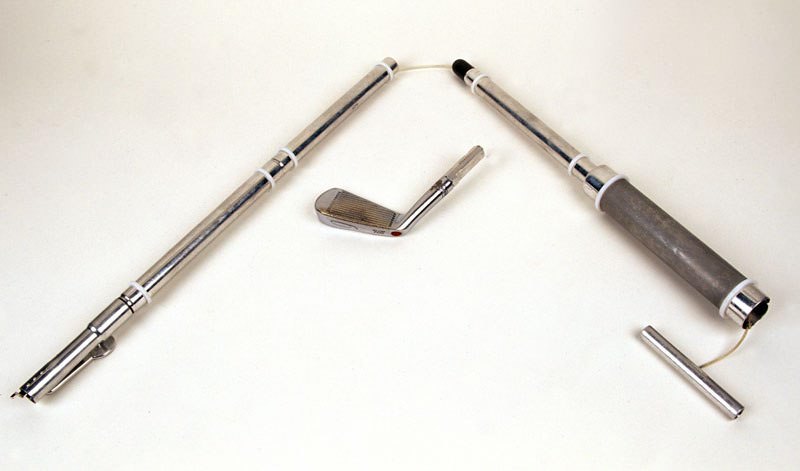 Despite thick gloves and a stiff spacesuit, which forced him to swing the club with one hand, Shepard struck two golf balls, driving the second, as he jokingly put it, “miles and miles and miles”.