NASA’S Artemis program may be slightly delayed, but it still is planning to return human astronauts to the lunar surface by 2024. The space agency just announced that it has been expanded even further, with the ultimate goal being to maintain a human presence on the Moon and, potentially, Mars after 2024. There was a 13-page report titled “NASA’s Plan for Sustained Lunar Exploration and Development” submitted on April 3, 2020 to the National Space Council, an advisory group to President Donald Trump that is chaired by Vice President Mike Pence. It mapped out a detailed justification for the project and offered key points towards its implementation. Read more for two videos and additional information.

Artemis Base Camp will become a foothold for lunar exploration, possibly in Shackleton Crater on the Moon’s south pole. This surface habitat will host four astronauts for visits of possibly a week and in the long term, would require additional infrastructure for power, waste disposal, communications, radiation shielding, and a landing pad. Two mobility systems, a lunar terrain vehicle for transporting astronauts and a habitable mobility platform that could ferry the crew away from base, are going to be provided for trips lasting up to 45 days. 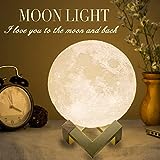 In time, Artemis Base Camp might also include a hopper that could deliver science and technology payloads all over the Moon… A lunar far-side radio telescope could also be remotely placed and operated from Artemis Base Camp — a sort of backyard radio-telescope at our first encampment on the Moon”, said NASA.