NASA’s James Webb Space Telescope (JWST) captured its first image of Neptune, providing the clearest view of this ice giant’s rings in over three decades, along with its fainter dust bands. That’s right, the planet’s rings have been rarely seen since NASA’s Voyager 2 became the first spacecraft to observe Neptune during its flyby in 1989. 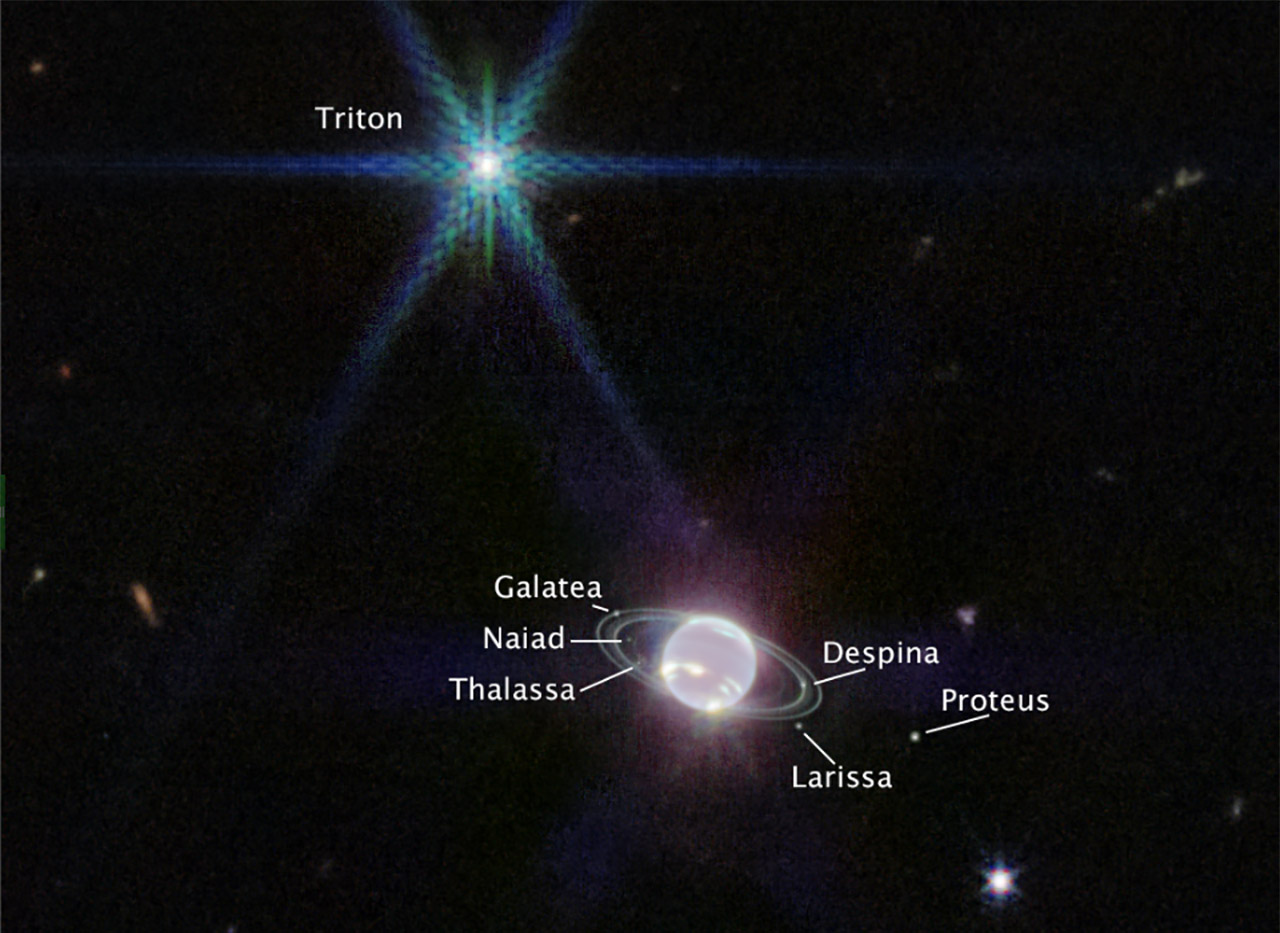 Neptune is classified as an ice giant, or at least compared to Jupiter and Saturn, due to being richer in elements heavier than hydrogen as well as helium. Small amounts of gaseous methane are the reason for Neptune’s signature blue appearance in Hubble Space Telescope images at visible wavelengths. Why isn’t it blue in these images? JWST’s Near-Infrared Camera (NIRCam) images objects in the near-infrared range from 0.6 to 5 microns. Now we just need to ride in the Spaceship Neptune to get an even clearer view of the gas giant ourselves.

It has been three decades since we last saw these faint, dusty rings, and this is the first time we’ve seen them in the infrared,” said Heidi Hammel, a Neptune system expert and interdisciplinary scientist for Webb.