NASA’s Mars 2020 Perseverance rover is set to open in approximately 14 weeks and final preparations of the spacecraft continue at the Kennedy Space Center in Florida. The team has successfully mounted the Mars Helicopter, which will be the first aircraft in history to attempt power-controlled flight on another planet, onto the rover. Read more for additional information.

This past weekend, exactly 884 pounds of hydrazine monopropellant was loaded into the descent stage’s four fuel tanks. Once the aeroshell containing the descent stage and rover enter the Martian atmosphere on Feb. 18, 2021, the propellant will be pressure-fed through 120 feet of stainless steel and titanium tubing into eight Mars landing engines to slow the spacecraft. At the time, it will be traveling at about 180 mph when it’s 7,200 feet in altitude, all the way down to 1.7 mph when it’s at 66 feet above the surface. 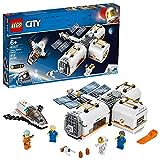 The last hundred days before any Mars launch is chock-full of significant milestones. Fueling the descent stage is a big step. While we will continue to test and evaluate its performance as we move forward with launch preparations, it is now ready to fulfill its mission of placing Perseverance on the surface on Mars,” said David Gruel, the Mars 2020 assembly, test and launch operations manager at JPL.

Porsche Exclusive GT is an All-Electric Coupe with Four Seats