Since the lunar surface has limited sunlight and extremely cold temperatures, landing on the Moon is a difficult task to say the least. Fortunately, there’s lots of dust (lunar regolith), and Masten’s FAST spacecraft has just the technology to make use of it. Simply put, the spacecraft will inject ceramic particles into the rocket’s plumes, thus coating the regolith as the lander descends toward the surface. This forces the particles to collide with the surface, resulting in a solid landing pad. Read more for additional pictures and information. 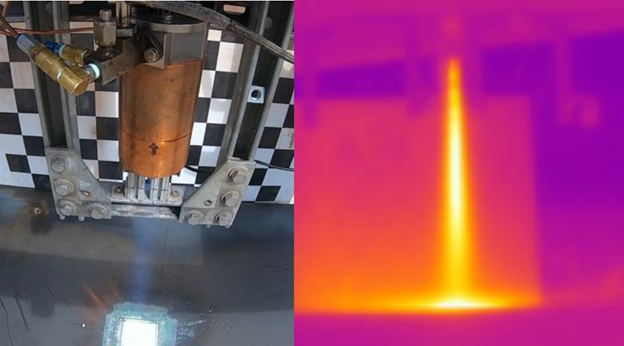 However, this also means that the exact landing pad thickness and material properties depend on the size as well as temperature of the engine plume, which can be optimized to meet a diverse set of missions. Once the base layer is deposited, alumina particles measuring approximately 0.024 millimeters in diameter would be required to heat up and liquify as they pass through the engine before impacting the surface at 650 meters per second to create additional layers that build up and strengthen the landing pad. 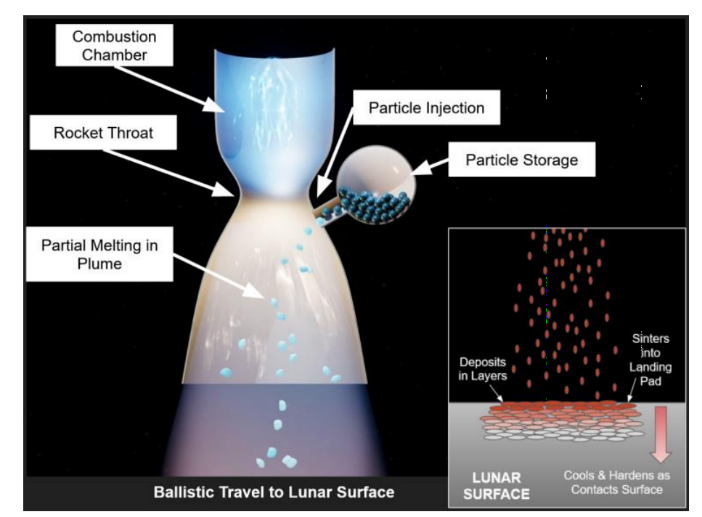 The full deployment would take 10 seconds to release 186 kilograms of alumina at up to 30 meters above the lunar surface, creating a 6-meter diameter landing pad. The pad would then require 2.5 seconds to cool before the vehicle touches down for a safe landing. Looking even further ahead, the FAST concept can be applied to other planetary bodies like Mars where loose regolith also poses risks to human and robotic missions,” said the team.