What is the Pale Blue Dot? It’s a famous photograph of Earth captured on Feb. 14, 1990, by NASA’s Voyager 1 spacecraft as it was speeding out of the solar system — beyond Neptune and about 3.7 billion miles from the Sun. At that point, mission managers commanded it to look back toward home for a final time and it photographed a series of 60 images that were used to create the first “family portrait” of our solar system. Read more for a video and additional information.

The iconic picture that would become known as the Pale Blue Dot shows Earth within a scattered ray of sunlight, and since Voyager 1 was so far away, Earth was just a point of light about a pixel in size. Where does Carl Sagan come in? Well, he played a leading role in the U.S. space program, as the prominent planetary scientist was a consultant and adviser to NASA beginning in the 1950s. He also briefed the Apollo astronauts before their flights to the Moon. 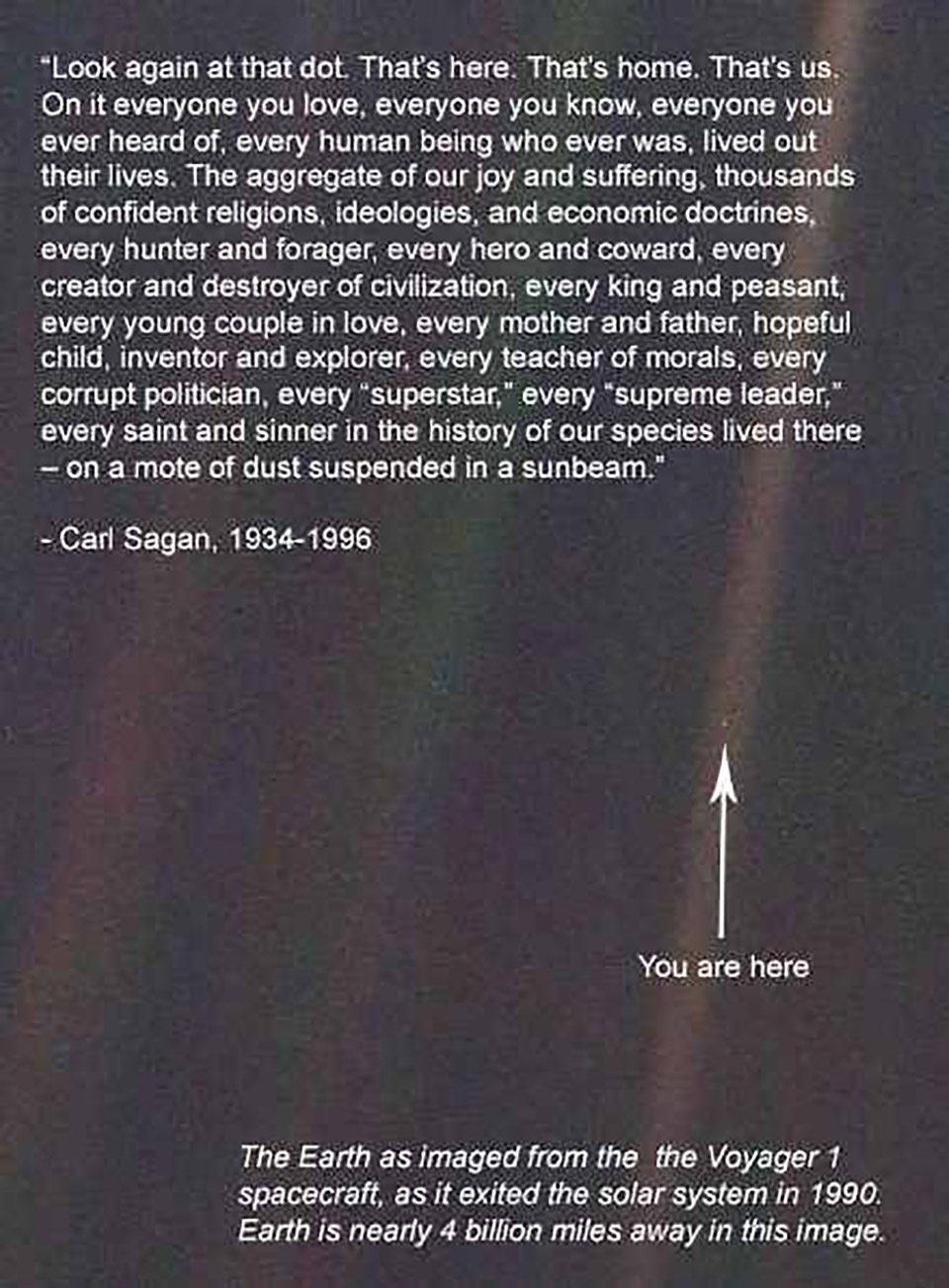 Sagan originally came up with an idea in 1981 to use the cameras on one of the two Voyager spacecraft to image Earth. He realized that because the spacecraft were so far away the images might not show much, and that’s why Sagan felt the images were needed — they wanted humanity to see Earth’s vulnerability and that our home world is just a tiny speck in the cosmic ocean.