The The Aero Spacelines Super Guppy, operated by NASA, is a large, wide-bodied cargo aircraft that is used for hauling oversized cargo components. It was the successor to the Pregnant Guppy, the first of the Guppy aircraft produced by Aero Spacelines, which in turn was named for its resemblance to a pregnant guppy. A total of five examples were built in two variants, both of which were colloquially referred to as the “Super Guppy”. Continue reading for five more cool facts you may not have known about this aircraft. Click here for a few bonus images of the Super Guppy.

5. First One was Built from Fuselage of C-97J Turbo Stratocruiser 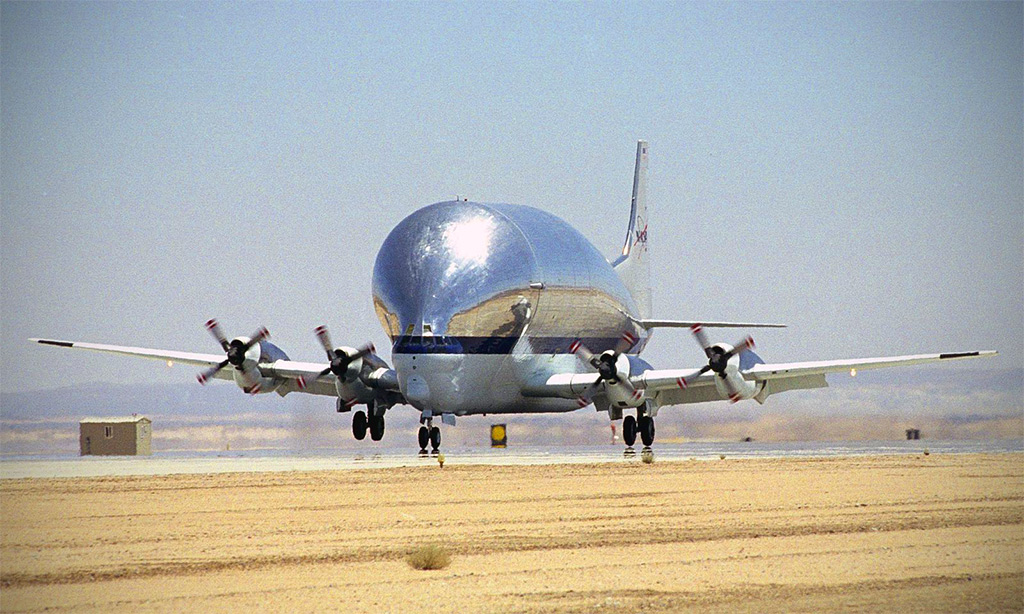 The first, the Super Guppy, or “SG”, was built directly from the fuselage of a C-97J Turbo Stratocruiser, the military version of the 1950s Boeing 377 “Stratocruiser” passenger plane. The fuselage was lengthened to 141-feet, and ballooned out to a maximum inside diameter of 25-feet, the length of the cargo compartment being 94-feet, 6-inches. The floor of the cargo compartment was still only 8-feet, 9-inches wide, as necessitated by the use of the Stratocruiser fuselage. 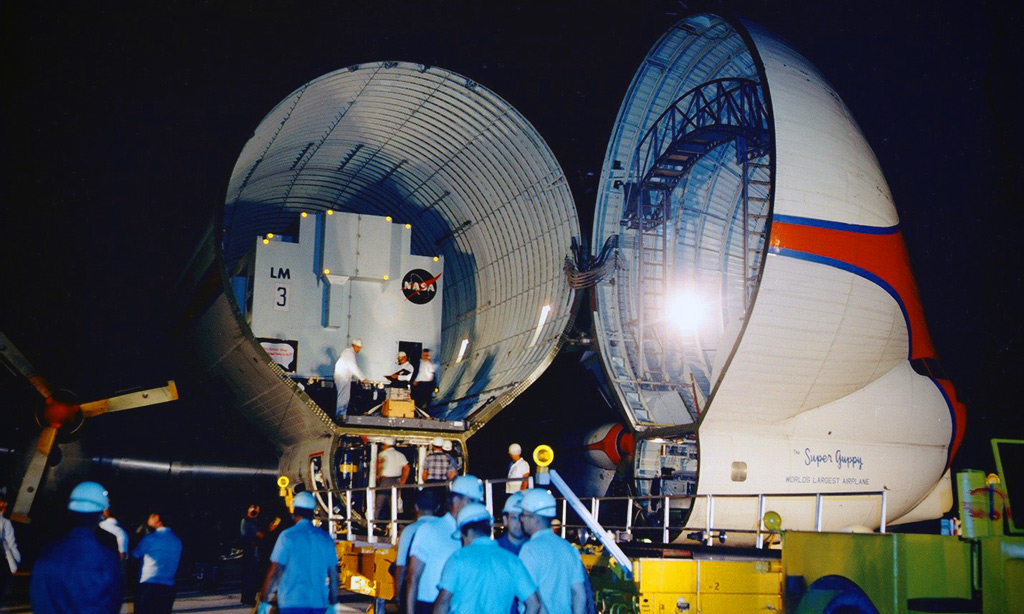 In addition to the fuselage modifications, the Super Guppy used Pratt & Whitney T-34-P-7 turboprop engines for increased power and range, and modified wing and tail surfaces. It could carry a load of 54,000-pounds and cruise at 300 mph. 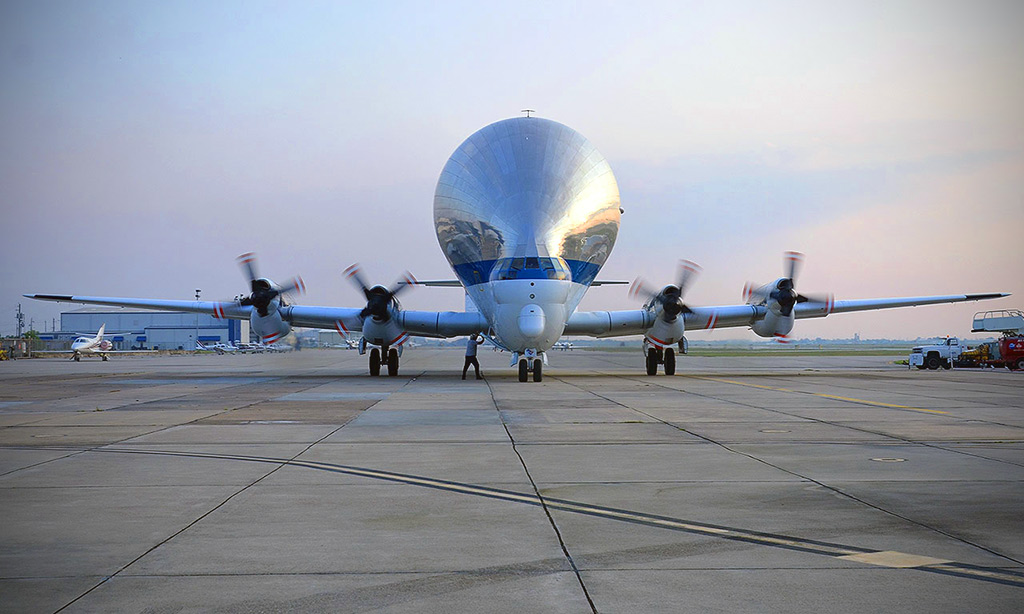 The second version was officially known as the Super Guppy Turbine (SGT), although it used turboprop engines like the first Super Guppy. This variant used Allison 501-D22C turboprops. Unlike the previous Guppy, the main portion of its fuselage was constructed from scratch.

The SGT retained only the cockpit, wings, tail, and main landing gear of the 377. The nose gear was taken from a Boeing 707 and rotated 180 degrees. This dropped the front of the aircraft slightly, leveling the cargo bay floor and simplifying loading operations.

1. Was Used to Transport Airplanes in the 1970s

In the early 1970s, the two Super Guppies were used by Airbus to transport airplane parts from decentralized production facilities to the final assembly plant in Toulouse. In 1982 and 1983, two additional Super Guppies were built by Union de Transports Aeriens Industries in France after Airbus bought the right to produce the aircraft.

Boba Fett Motorcycle Helmet is Street Legal, Might be Coolest Ever

Nara Dreamland is the Abandoned Nightmarish Version of Disneyland, and Here are 5 Cool Facts