Jimmie Luecke was a Texas state trooper who left the highway patrol in 1980 to try his hand at oil drilling, and fortunately, the Austin chalk oil boom made him a millionaire. His next move was acquiring land outside Smithville, Texas before settling down to raise cattle. In the late ’90s, while clearing new grazing land on his ranch, he bulldozed the brush, but left behind the word LUECKE, making it the biggest signature in human history. Read more for a video to show why NASA uses it to analyze satellite imagery.

Since the Luecke ranch is located directly along major flight paths, including most westbound flights out of Houston, this giant signature quickly became a landmark for commercial pilots. NASA scientists are able to use the 2.5-mile-long name for evaluating spatial resolution of astronaut photographs since Luecke’s handwriting. 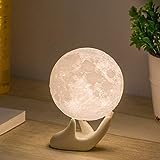