Apple has just unveiled its most advanced iPad Pro yet, which comes equipped with the A12Z Bionic chip, making it more powerful than most Windows PC laptops. Other upgrades include an Ultra Wide camera, studio-quality mics and a breakthrough LiDAR Scanner that delivers cutting-edge depth-sensing capabilities. Plus, a new Magic Keyboard for iPad Pro was also revealed, complete with a floating design for smooth angle adjustment, a backlit keyboard and trackpad. Read more for a video and additional information.

The blazing fast eight-core GPU in the A12Z Bionic, along with an enhanced thermal architecture and tuned performance controllers, gives iPad Pro the highest performance ever in an Apple tablet. On a full charge, you can expect up to 10 hours of battery life, faster Wi-Fi connectivity and gigabit-class LTE that’s 60 percent faster with support for more LTE bands than any other tablet. The cameras consist of a 12MP Wide camera and a 10MP Ultra Wide camera that zooms out two times to capture a much wider field of view. The 11″ model starts at $799 and the 12.9-inch iPad Pro starts at $999. 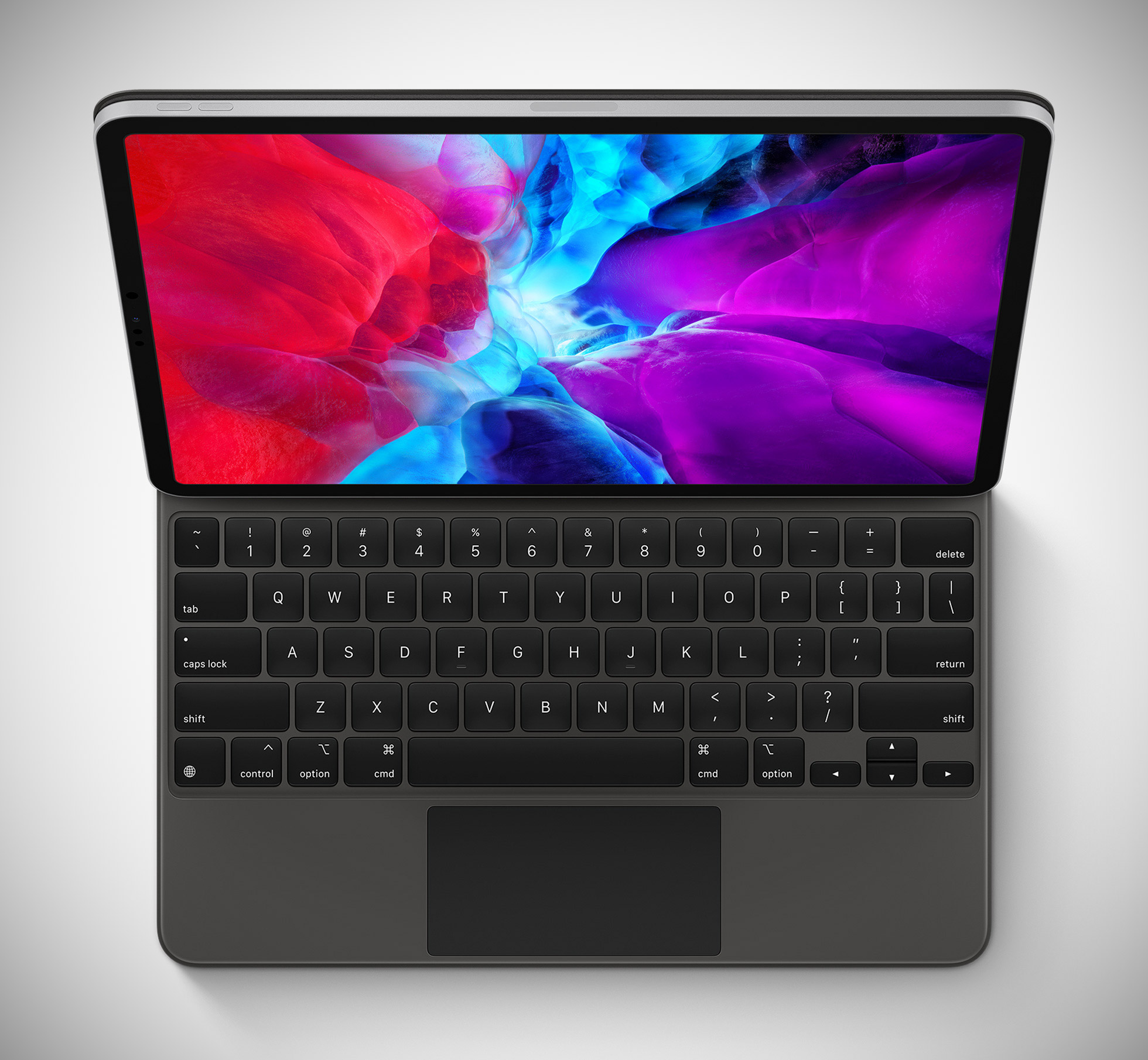 The new iPad Pro introduces advanced technologies never before available in mobile computing. Combining the most advanced mobile display with powerful performance, pro cameras, pro audio, the breakthrough LiDAR Scanner and new Magic Keyboard with Trackpad, this is another huge leap forward for iPad. There’s no other device in the world like the new iPad Pro and we think our customers are going to love it,” said Phil Schiller, Apple’s senior vice president of Worldwide Marketing.