Denis Shiryaev is back again with another AI-upscaled video, and this time, it’s of laborers in Victorian England from 1901. Neural networks were used to upscale this footage from the dawn of film taken by Mitchell and Kenyon in North England. You’ll see how life took its toll on the people back then, and the grittier nature of their work in those days. Read moore for the video and additional information.

Like his previous work, Gigapixel AI from Topaz Labs was most likely the software used, while DAIN was used to boost the frames per second. Both algorithms are available online, and all the sound you hear has been added in post production for a bit more realism. Think of this as a time machine back to a time where even planes have not yet been existed, as that would come on Dec. 17, 1903. 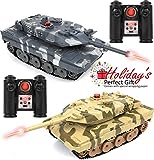