The Game Boy Camera (GBC) was first released on February 21, 1998 in Japan, and is compatible with all of the Game Boy platforms (including Super Game Boy, minus the Game Boy Micro). It has a 128×128 pixel CMOS sensor, and can store 128×112, black & white digital images using the 4-color palette of the Game Boy system. When connected to the Game Boy Printer, you would be able to print out photos onto thermal paper. There was also a limited edition The Legend of Zelda: Ocarina of Time gold edition released, which contains different stamps from the standard versions and was available only in the US through a special mail order offer via Nintendo Power. Matt Gray recently decided to use red, green, and blue filters to attempt taking color photos with the camera. Read more for a video to see what happened next.

The Game Boy Camera (GBC) was even featured in the 1999 edition of Guinness World Records and claimed the title of “world’s smallest digital camera,” though this record has since been broken. There were plans to release a successor to the Game Boy Camera for the Game Boy Advance called the GameEye, but never quite made it out of the prototype stage. This camera would have been able to take color photos and connectivity with the Nintendo GameCube through a game titled Stage Debut. 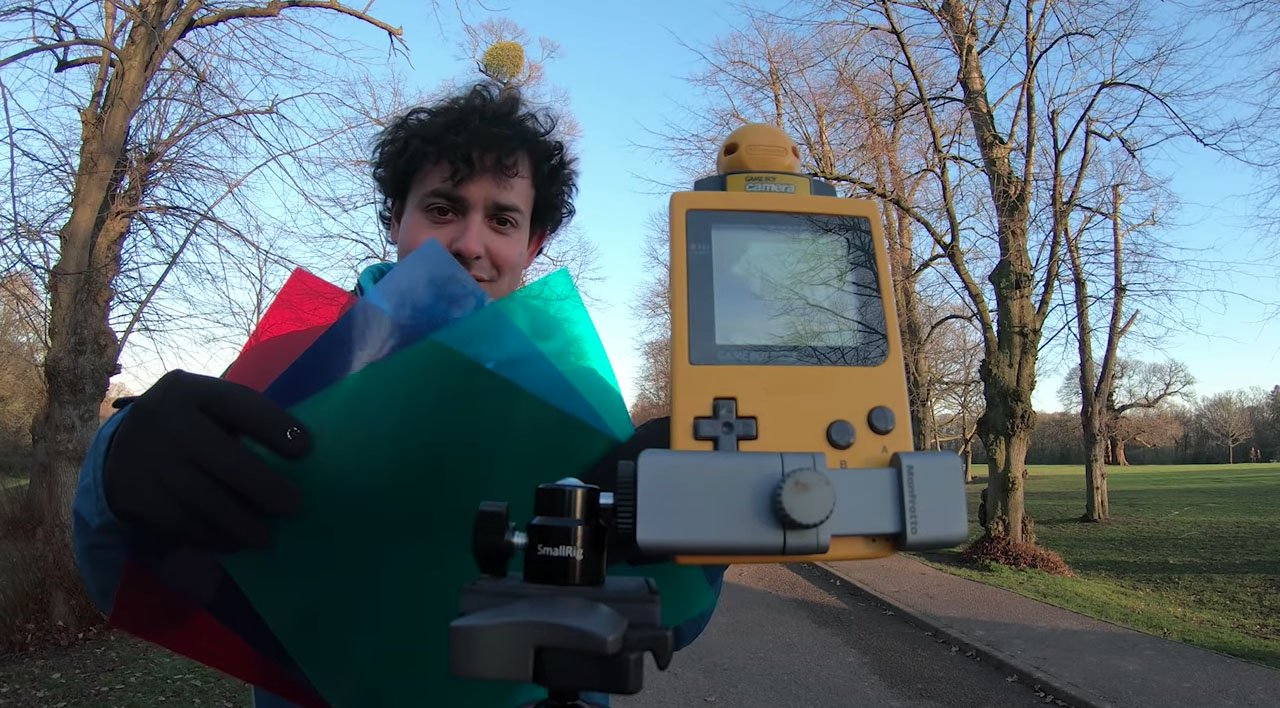 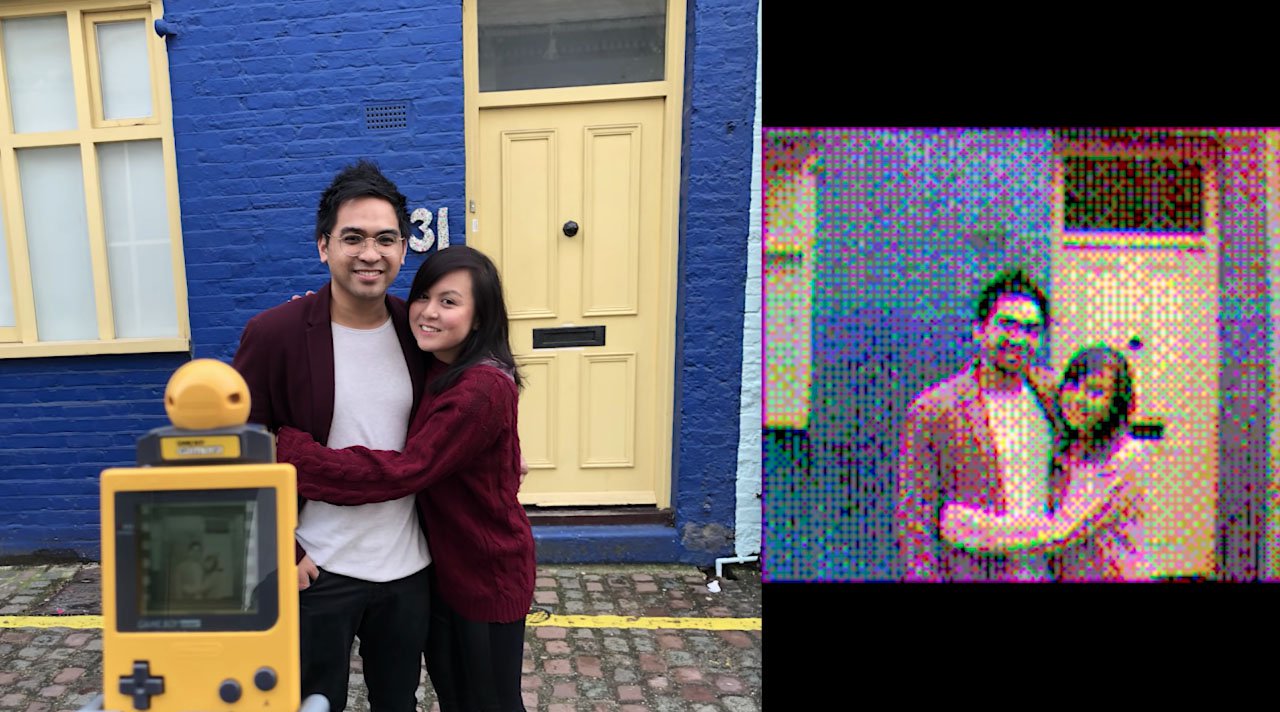 “Gray carried red, green, and blue filters with his Game Boy Camera and shot each subject three times — once with each filter. After merging the three versions into single photos during post-processing, color photos emerged,” according to Peta Pixel. 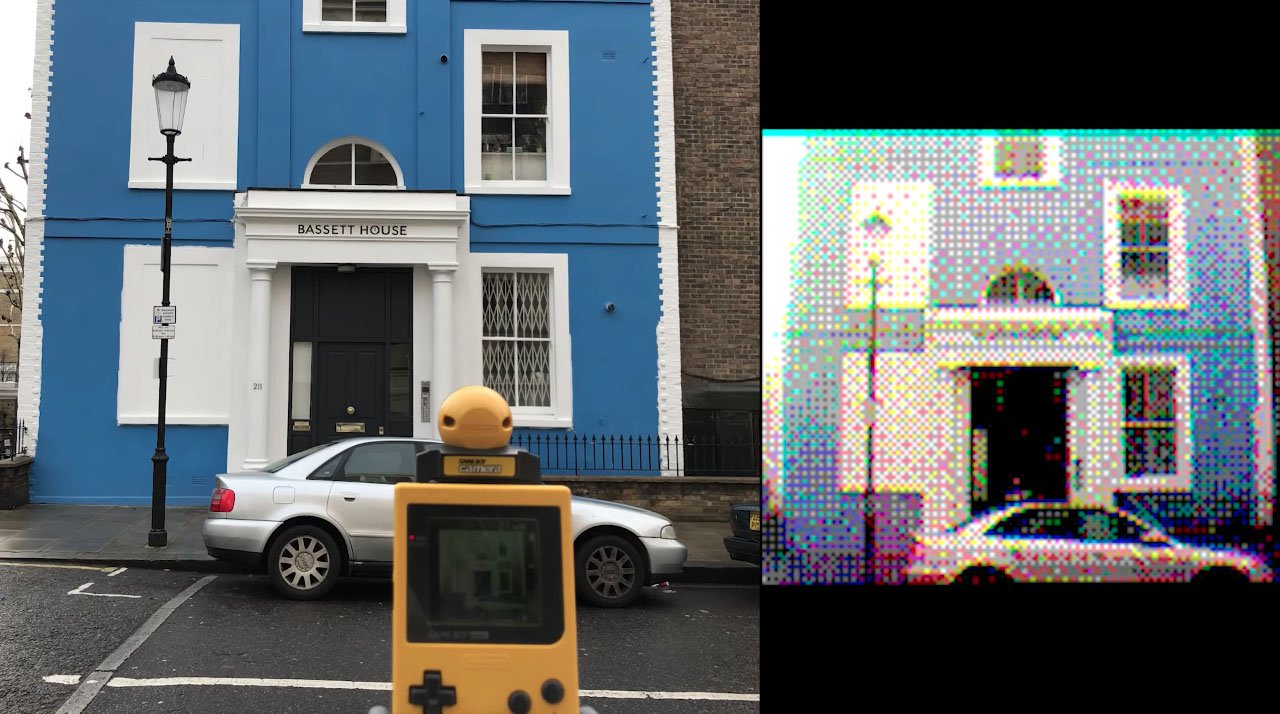 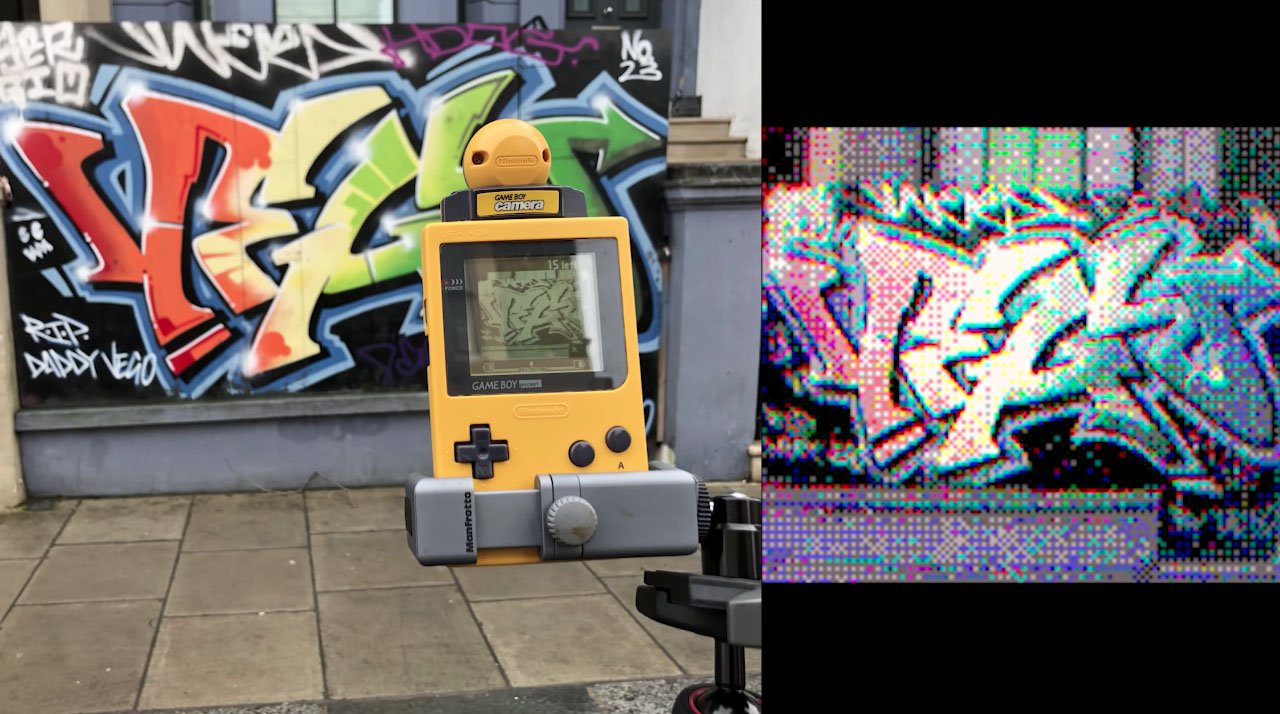