Can’t wait for the Nintendo Switch Pro, which is rumored to be announced next year, but want to supersize your current console? If so, then look no further than the ORION UpSwitch. Simply put, this is a 11.6-inch 1080p portable gaming monitor that can be attached to an undocked Nintendo Switch, complete with an HDMI port, USB-C port, stereo speakers, Joy-Con grip sliders, and a kickstand.

When you’re not gaming, simply prop up the ORION UpSwitch using its built-in kickstand. Worried about battery life? It comes with a 10,000mAh power bank that can charge your Nintendo Switch while you play. One downside is that using the Switch with both the ORION UpSwitch and battery pack will be a workout in itself due to the added weight. Available on December 3rd from Gamestop, priced at $350 USD. 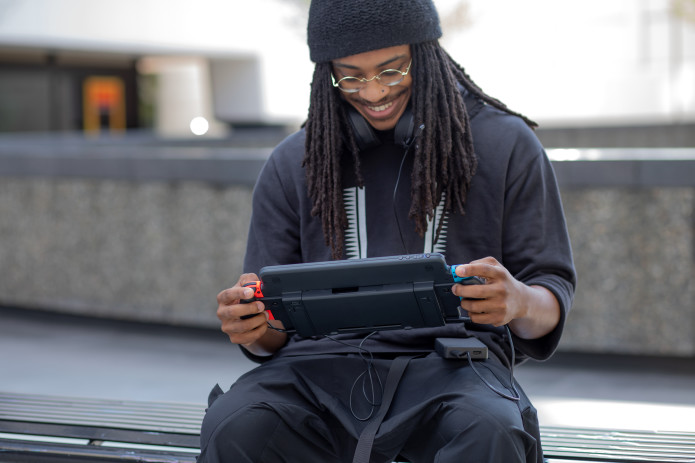 Walt Disney Imagineers Give us a Sneak Peek at the Star Wars: Galactic Starcruiser Hotel Experience