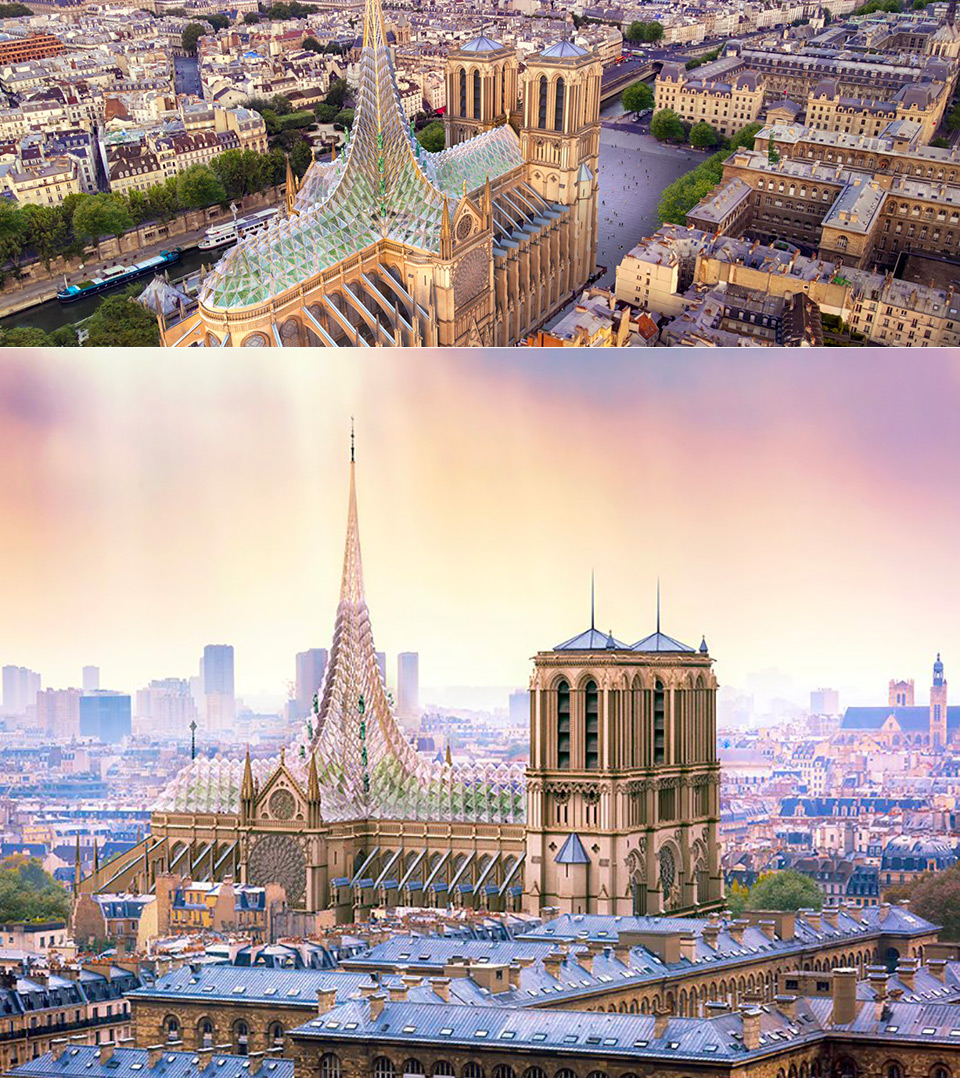 Photo credit: Vincent Callebaut Architectures
Paris-based architect Vincent Callebaut has come up with an interesting proposal for the Notre Dame cathedral restoration project that hopes to establish a closer symbiotic relationship between humans and nature. If this project is approved, it will unite the cathedral’s nave, roof, and new spire, all in glass with an oak frame. Visitors will be able to walk around this area and take in the natural light, as well as the greenery. “Transparency, sharing, and openness to our society’s development: such are the ideas conveyed by this new, diaphanous forest of Notre Dame, outlining the new face of the church in the 21st century,” said Callebaut. Read more for additional pictures and information.

“We advocate for an exemplary project in ecological engineering that feels true to its time and avoids a pastiche architecture that turns the city into an open-air museum. Circular economy, renewable energies, inclusive social innovation, urban agriculture, protection of biodiversity, without forgetting beauty and spiritual elevation: our reconstruction project feeds on such values to deliver a deep, conscious meaning,” adds Callebaut. 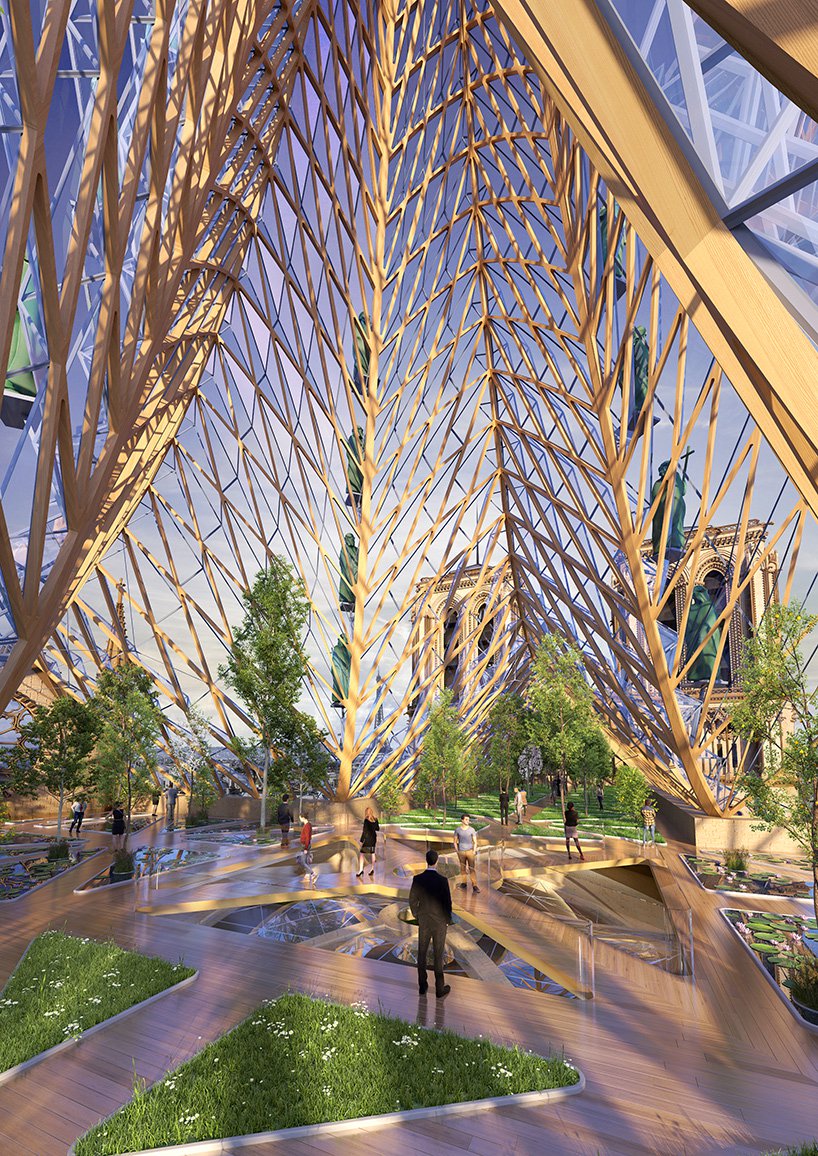 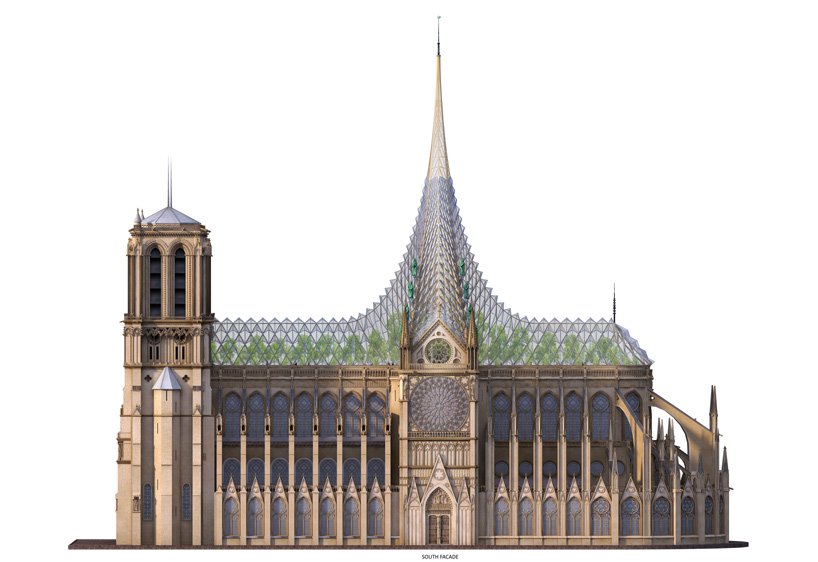 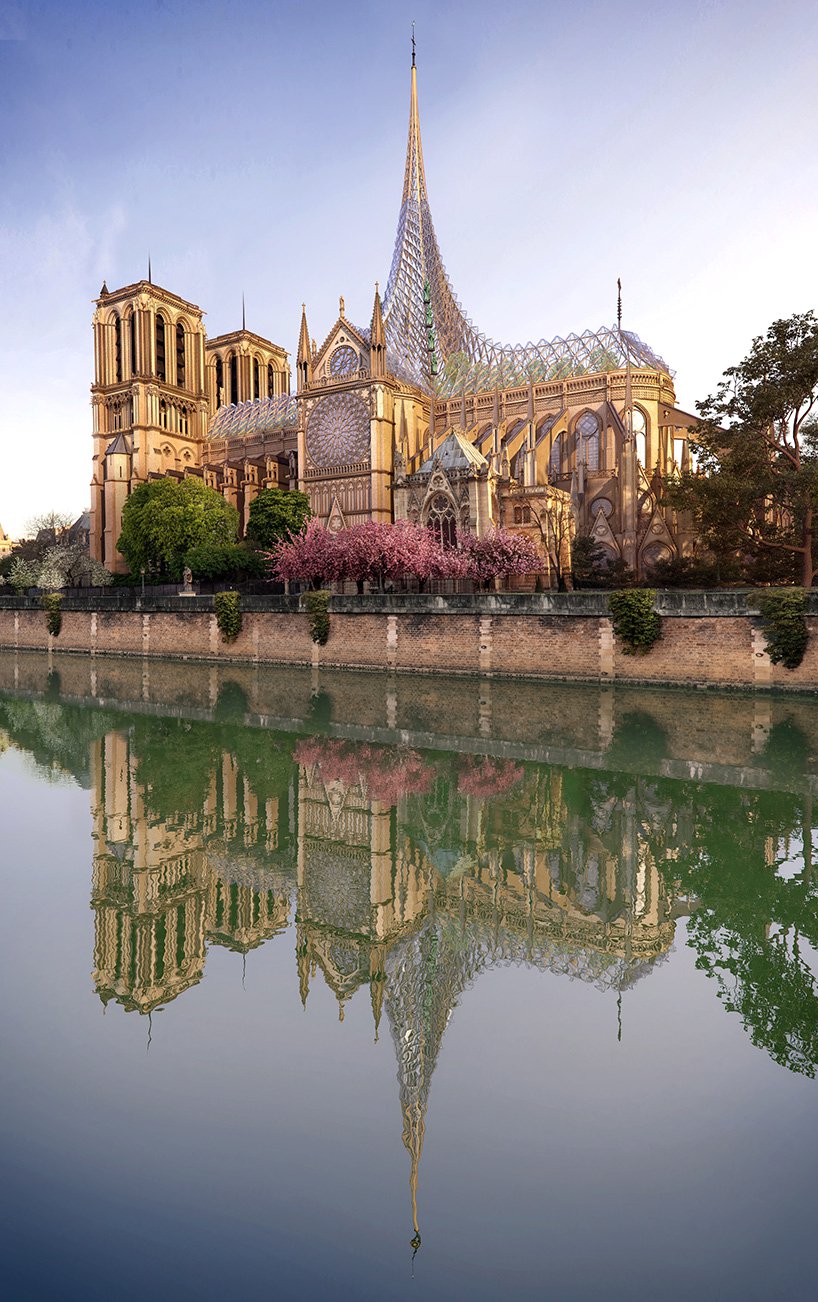 “The new wooden frame is covered with a three-dimensional crystal glass canopy subdivided into faceted diamond-shaped elements. These crystals consist of an organic active layer, made of carbon, hydrogen, nitrogen and oxygen, which absorbs light and transforms it into power. This energy, stored in hydrogen fuel cells, will be directly redistributed throughout the cathedral. To avoid any greenhouse effect, the structure’s crystalline scales open to allow a natural air flow towards the top of the spire which mimics a wind powered chimney,” reports Design Boom.