Photo credit: CNET | The Next Web
You’ve seen the teasers, now here’s a hands-on look at the OnePlus Concept One smartphone and its disappearing cameras. This is made possible with electrochromic glass over the phone’s rear cameras that turns them opaque and then transparent again when voltage is applied. You can already find this technology in McLaren 720S Spider’s retractable electrochromic glass roof and even airplane windows (Boeing 787 Dreamliner). Read more for a video and additional information.

We don’t know what’s powering this phone, but OnePlus is touting how thin and how quick the electrochromic glass is, at just 0.35mm thick. It can switch from opaque to transparent in a mere 0.7 seconds, and until now, unmatched by other EC glass. Specialized non-polar glass particles were also used between the layers around the camera holes to add structural support, without distorting the image. 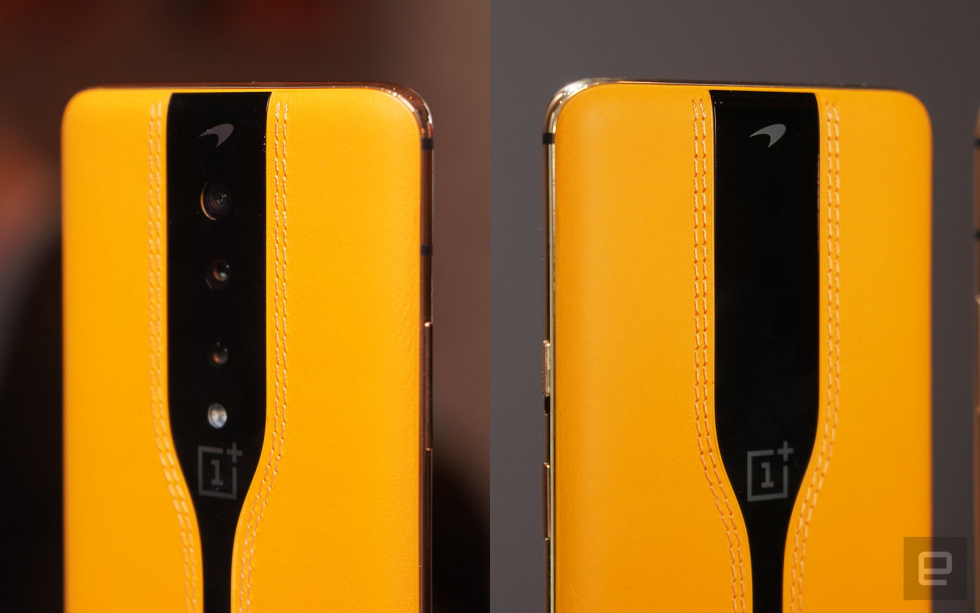