Photo credit: Nick D
The Øresund Bridge is essentially a combined railway and motorway bridge across the Øresund strait between Sweden and Denmark that runs nearly 8 kilometers (5 miles) from the Swedish coast to the artificial island Peberholm in the middle of the strait. It’s completed by the 4-kilometer (2.5 mile) Drogden Tunnel from Peberholm to the Danish island of Amager. Simply put, it connects the road as well as rail networks of the Scandinavian Peninsula with those of Central and Western Europe, while a data cable makes the bridge the backbone of internet data transmission between central Europe and Sweden. Read more for another video, additional pictures and information.

Designed by Danish engineering firm COWI, the Øresund Bridge crosses the border between Denmark and Sweden, but did you know that in accordance with the Schengen Agreement and the Nordic Passport Union, there are usually no passport inspections? That’s right, but there are a few random customs checks at the entrance toll booths only when entering Sweden. 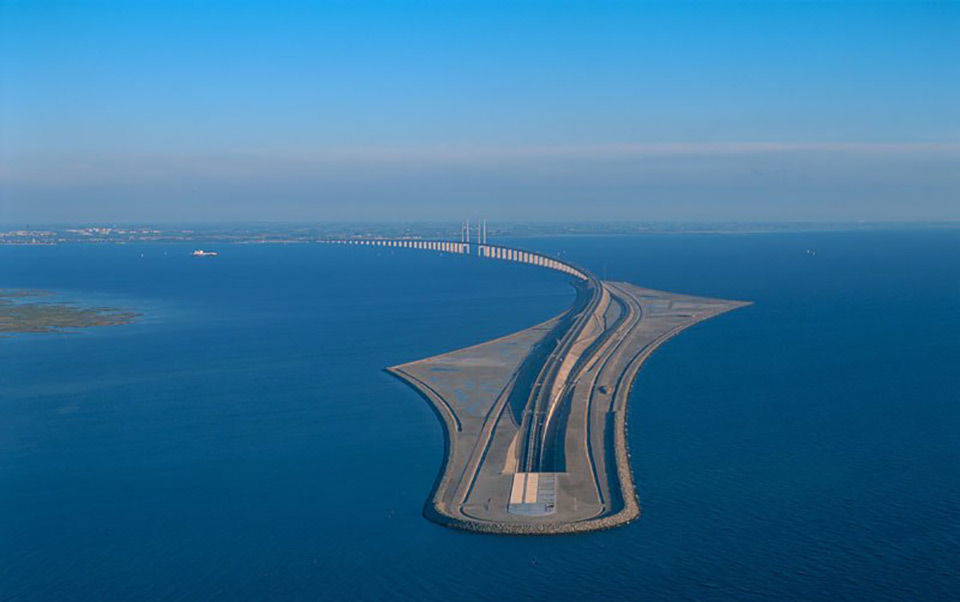 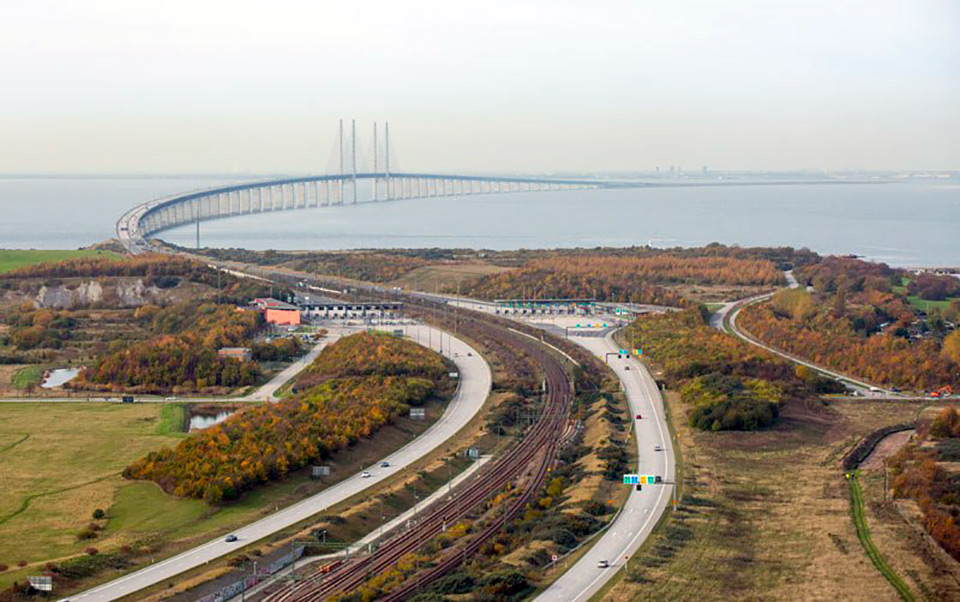 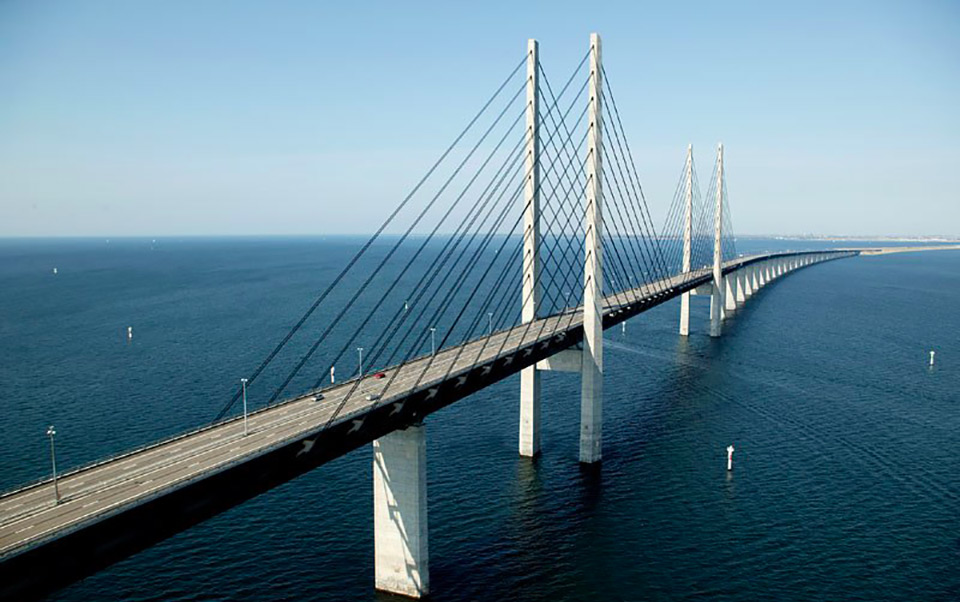 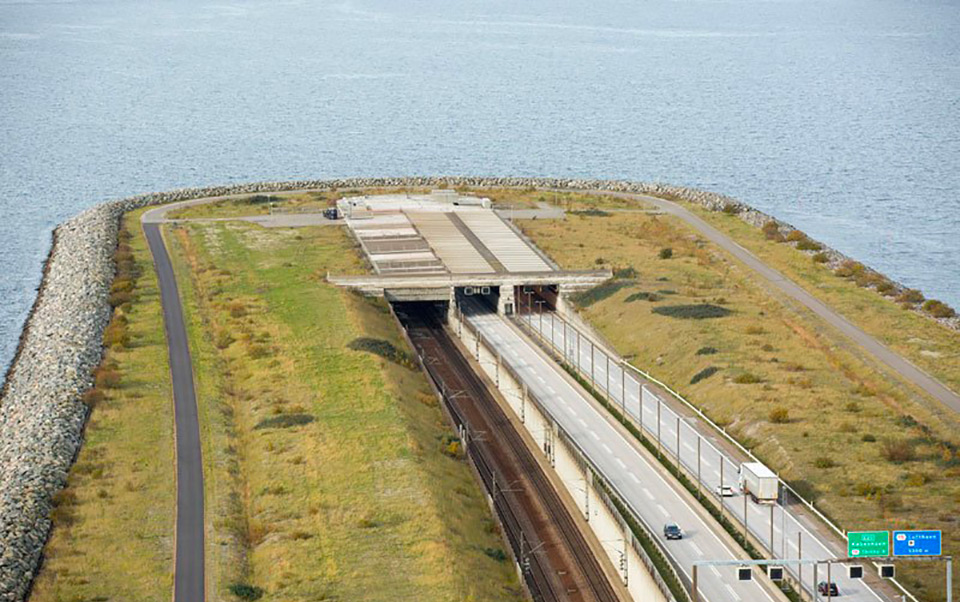 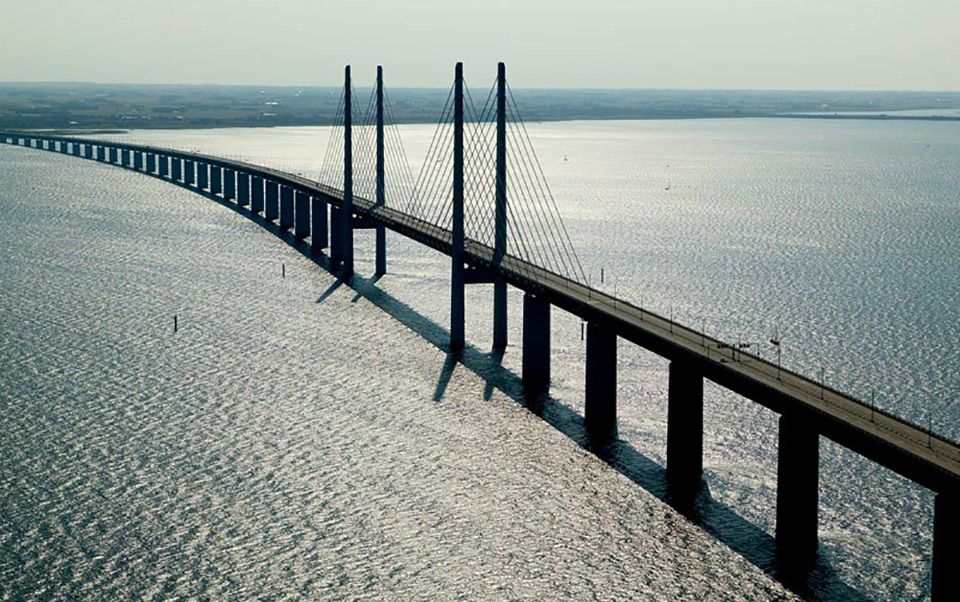 Vibration issues, caused by several cables in the bridge moving under severe wind and temperature conditions, were resolved with the installation of compression spring dampers installed in pairs at the center of the cables. Two of these dampers were equipped with laser gauges for ongoing monitoring.