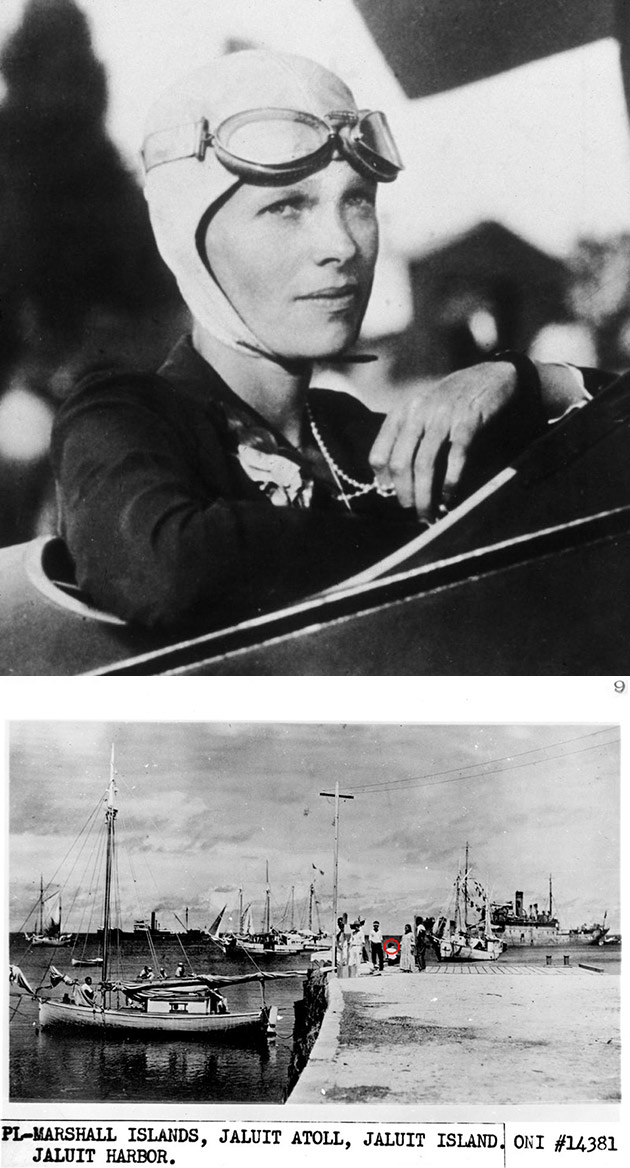 A retired federal agent claimed to have discovered a photograph of Amelia Earhart and her navigator Fred Noonan in the National Archives that could prove they successfully crash-landed in the Marshall Islands before being allegedly captured by the Japanese military. The photo alleges to show the duo in front of a barge towing an airplane, and the image is even stamped with the official markings of the Office of Naval Intelligence. Continue reading for more pictures and information.

“Eighty years ago, while flying over the South Pacific on July 2nd 1937, the duo vanished while heading east from Papua New Guinea. In Earhart’s final radio communication, she noted that they were running low on gas, and this led people to believe that the pair most likely crashed into the sea. But former FBI official Shawn Henry believes that the picture below, unearthed by retired US Treasury Agent Les Kinney in 2012, proves that Earhart and Noonan actually landed safely but were then captured by the Japanese,” reports Bored Panda.

MacBook-i Combines Laptop and Tablet Into One, Complete with Laser Keyboard