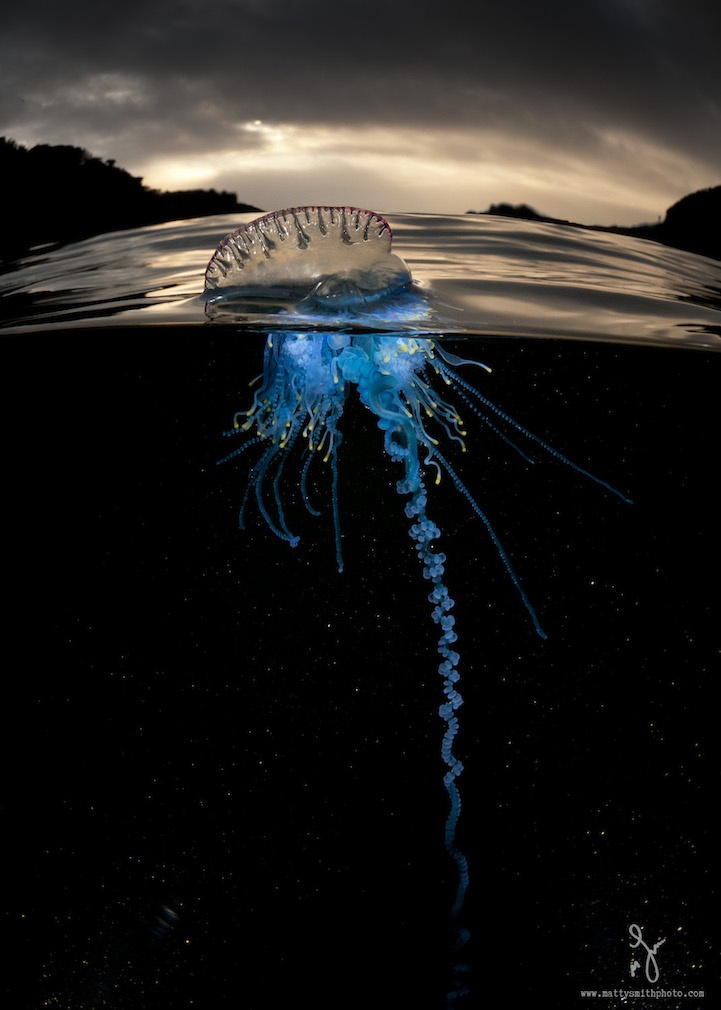 This isn’t the first time we’ve featured split shots, but Australian photographer Matthew Smith’s series “Over / Under,” is definitely worth a look, as he simultaneously captures life both above and below water. Some of the best split shots are made in shallow water, and if you can stand, even better. The best case scenario would be a white sand beach with a nice shallow portion teeming with ocean life. Continue reading for more breathtaking shots.

Smith says: “I think it’s [diving] the suspense of the unknown of what lies beneath, the transitional part of moving from one element to the next that feels so magical and the thought of what alien creatures I might encounter. I try to convey to the viewer that majestic feeling in a picture format. It’s maybe the best way I can communicate to a non-diver what it’s all about, to marry a wet and unfamiliar world with a dry and more familiar one.”

Swiss+Tech ST53100 Micro-Max Packs 19 Tools, Fits on a Keychain and Can Be Picked Up for Under $9