One person, better known as “Equalo”, online was intrigued by the many experiments of getting DOOM to run on various objects, including a pregnancy test. So, he decided to attempt and see how many potatoes it would take to power a TI-84 Plus graphing calculator running a version of the game. Potatoes contain phosphoric acid, so when something made of zinc is placed on one side, a chemical reaction results and generates electricity. By placing a copper conductor on the other side of the potato, it generates the needed electricity. Read more to see just how many potatoes it took to get everything running.

A single potato outputs around .9 volts and 11 spuds cut in generates 3.7 volts, and you can only guess how many it took…770 to be exact. Equalo then wired them up in hopes this would actually work, and the rest is history. Let’s just say that walking into a garage with so many decomposing potatoes isn’t the most pleasant, so we don’t recommend trying this at home, despite it being relatively safe. 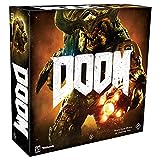 Singapore Airlines is Turning A380 Jumbo Jets Into Restaurants