The last thing you’d probably expect to see while sailing your catamaran towards Fiji in the Pacific Ocean is a 150-square-kilometer pumice island drifting towards Australia, but that’s exactly what one couple encountered. How did this bizarre phenomenon happen? Researchers are saying it was due to an underwater volcanic eruption near the island of Tonga. This pumice island reportedly spans the size of over 20,000 football fields and is several inches thick. Read more for a video and additional information.

Despite it being quite hard to steer the vessel while sailing through the pumice because of rocks jamming between the rudders and hull, they made it out safely without any damage to their boat. They sailed the pumice field for approximately 6–8 hours, and much of the time there was no visible water. 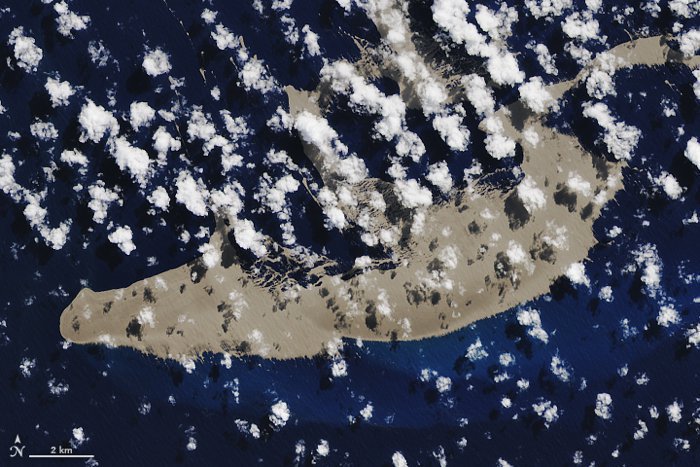 “We entered a total rock rubble slick made up of pumice stones from marble to basketball size. The waves were knocked back to almost calm and the boat was slowed to 1 knot. The rubble slick went as far as we could see in the moonlight and with our spotlight,” said Michael Hoult and Larissa Brill.