One space enthusiast in Japan searched through dozens of NASA photos taken Mars Curiosity rover looking for anomalies, and it appears that he’s discovered rat-like creature on the surface on the Red Planet. Continue reading for a color-corrected, up-close version of the picture. 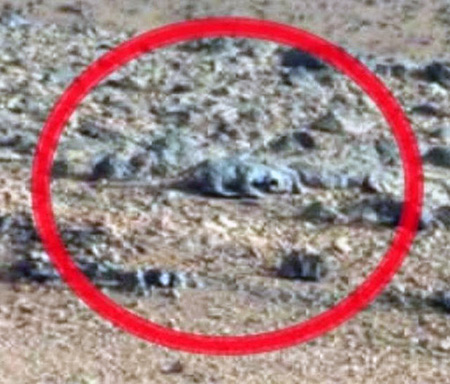 The Huffington Post reports that “the alleged Mars rat should not be confused with a similar sighting first pointed out in December: An image taken by the Curiosity rover at the “Rocknest” site in September shows a rodent-like figure that most closely resembles a squirrel.”

If Boba Fett was a Samurai Warrior, This is How He’d Look