Anyone familiar with the Star Wars universe probably already knows that a lightsaber is essentially an energy sword depicted as a luminescent blade of magnetically contained plasma approximately 3-feet in length that is emitted from a metal hilt around 10.5-inches long. It’s the signature weapon of both the Jedi Order and their Sith counterparts. In the early films, its distinct appearance was created using rotoscoping, or a crafty technique that animators use to trace over motion picture footage, frame by frame, to produce realistic action. Read more to see a real-life hydrogen lightsaber by Alex Burkan.

Unlike other homemade lightsabers that require a giant backpack, Burkan’s entire hydrogen mechanism fits inside the hilt. A heat sink was installed on the outside to dissipate the heat from the internal mechanism, while a flashback arrester keeps the combustion of the hydroxy gas fuel from its cartridge from backing up through the feed conduit. In other words, this arrester prevents it from becoming an explosive device. 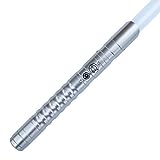 This was the formal weapon of a Jedi Knight. Not as clumsy or random as a blaster. More skill than simple sight was required for its use. An elegant weapon. It was a symbol as well. Anyone can use a blaster or a fusioncutter—but to use a lightsaber well was a mark of someone a cut above the ordinary,” said Obi-Wan Kenobi.