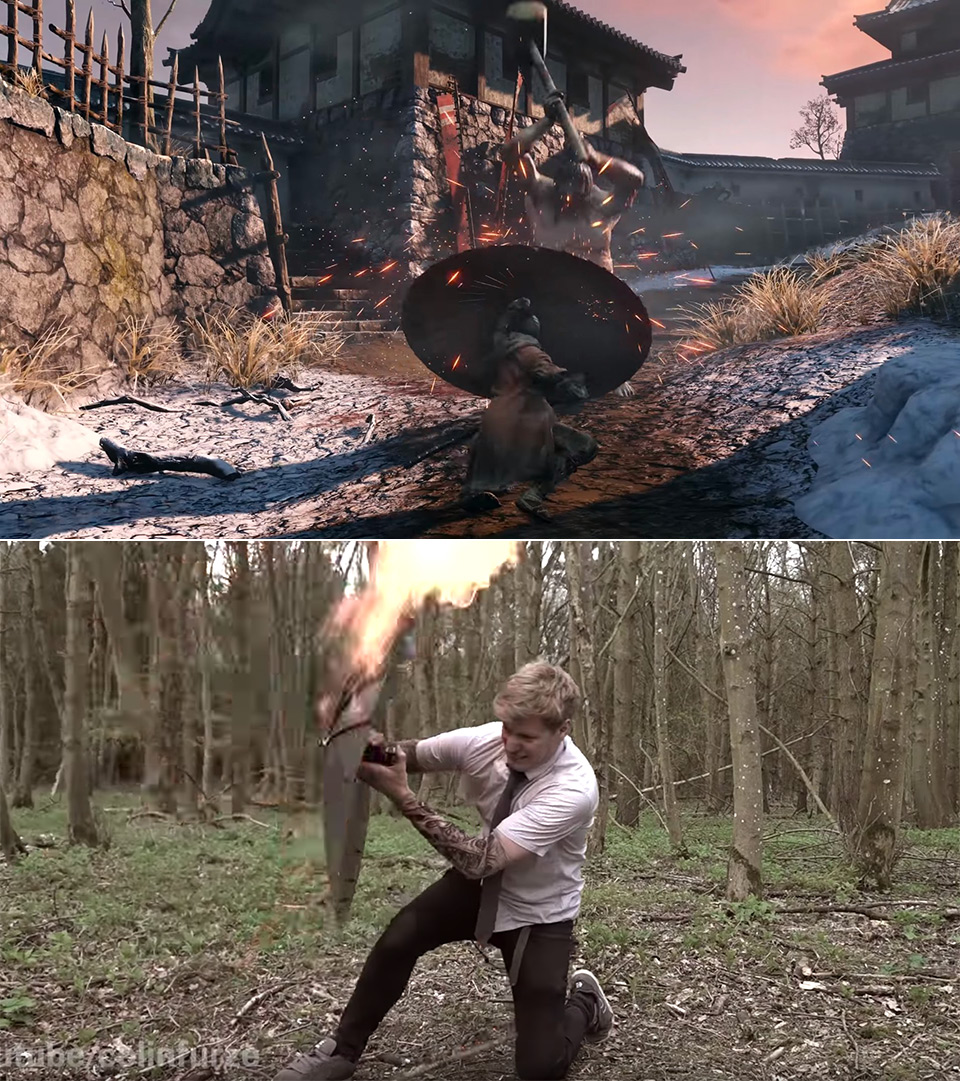 Sekiro: Shadows Die Twice is basically an action-adventure game played from a third-person view, with the ability to level up a variety of stats, including gear, such as the wrist-mounted fold out shield. Rather than attacking to whittle an enemy’s health points, combat in Sekiro revolves around using a katana to attack their poise and balance instead, which eventually leads to an opening that allows for a single killing blow. Inventor Colin Furze decided to make a functional shield inspired by the game. Read more to see what he came up with – bonus making of video included.

This game takes place in a re-imagined late 16th century Sengoku period Japan, and the player takes control of a Shinobi left for dead after his lord was kidnapped and his arm severed by a leading samurai of the Ashina clan. The ninja awakens to find that his missing arm has been replaced with a prosthetic by a mysterious sculptor, who dubs him Sekiro, or “the one-armed wolf”.