To celebrate the 60th anniversary of the iconic Renault 4, the automaker partnered with motion design hub TheArsenale to develop futuristic flying car. This reinterpretation of the 4L boasts a carbon fiber body and has been re-engineered to accommodate concepts such as thrust as well as lift. The team spent hours on calculations and tests, including help from artificial intelligence, to fine-tune the design. Read more for a video, additional pictures and information.

Power comes from 22,000mAh lithium-polymer batteries that generate a combined 90,000mAh, which is enough for a horizontal top speed of 58 mph (26m/s(, with a 45° inclination during flights, up to a maximum inclination of 70°. The flying car can fly as high as 2296ft (700m) with a take-off speed of 31 mph (14m/s), thanks to its propellers generating 209lb (95kg) of vertical thrust each for a total of 838lb (380kg). It’s set to be showcased in the center of Paris at the Atelier Renault store on the Champs Elysées next week. 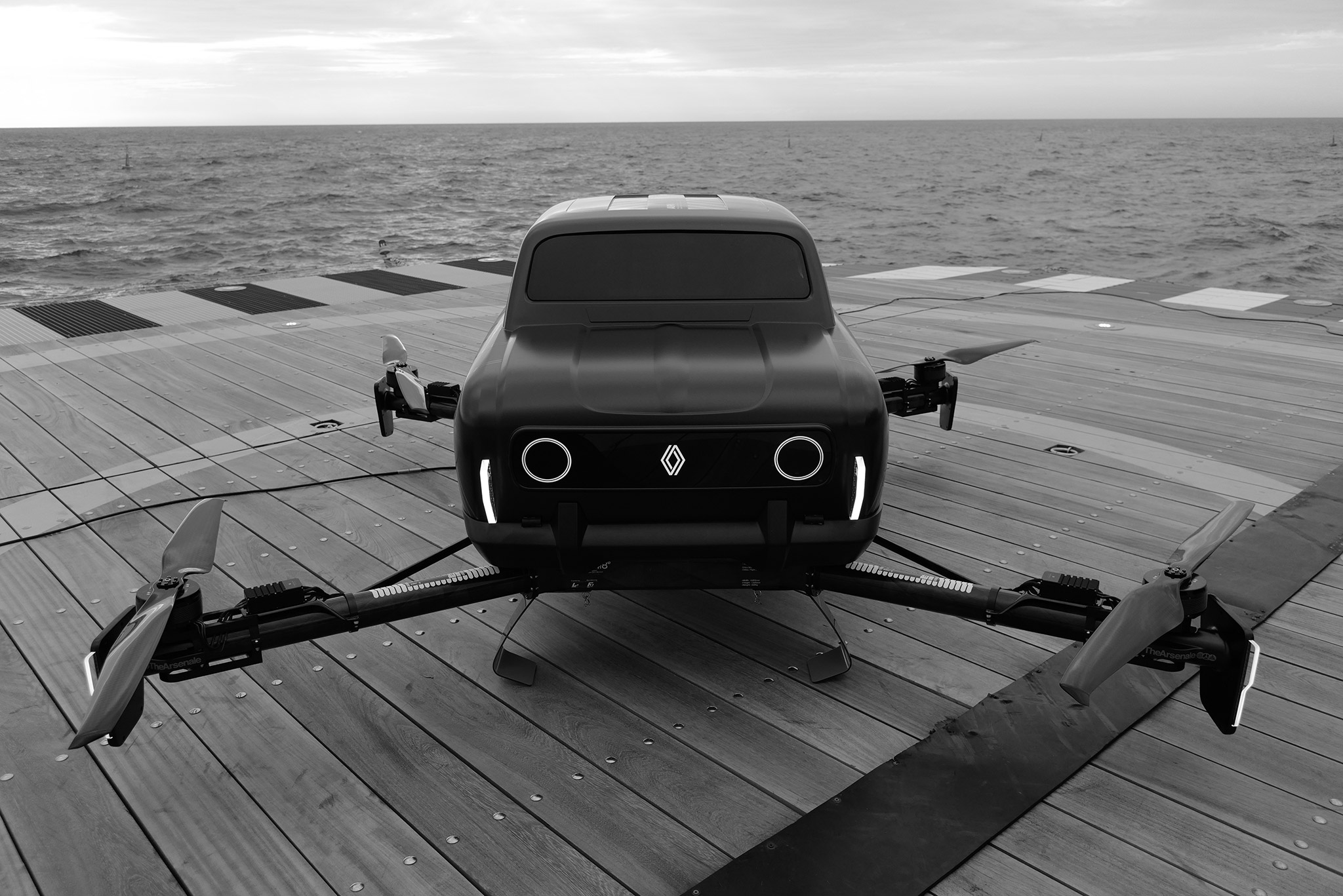 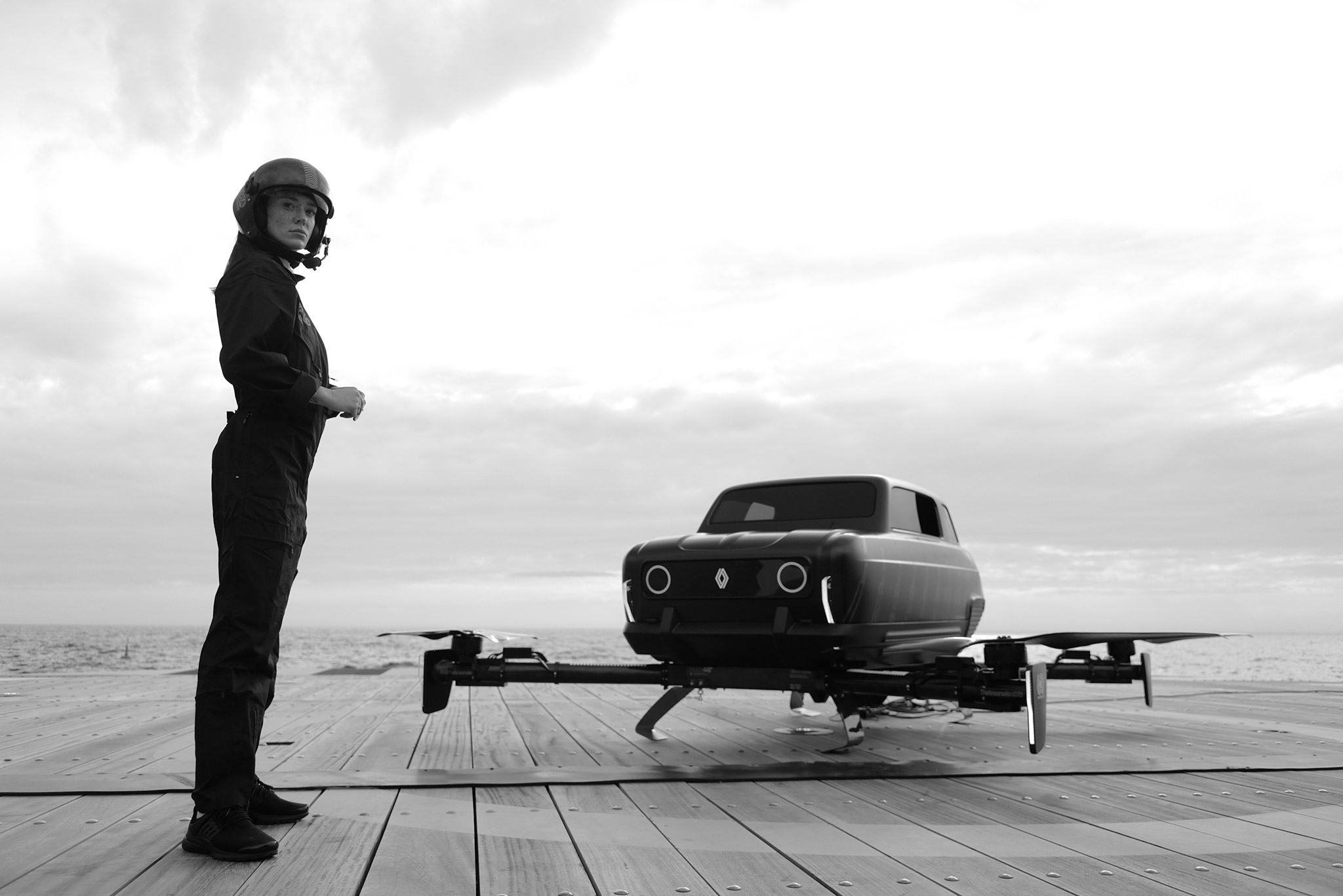 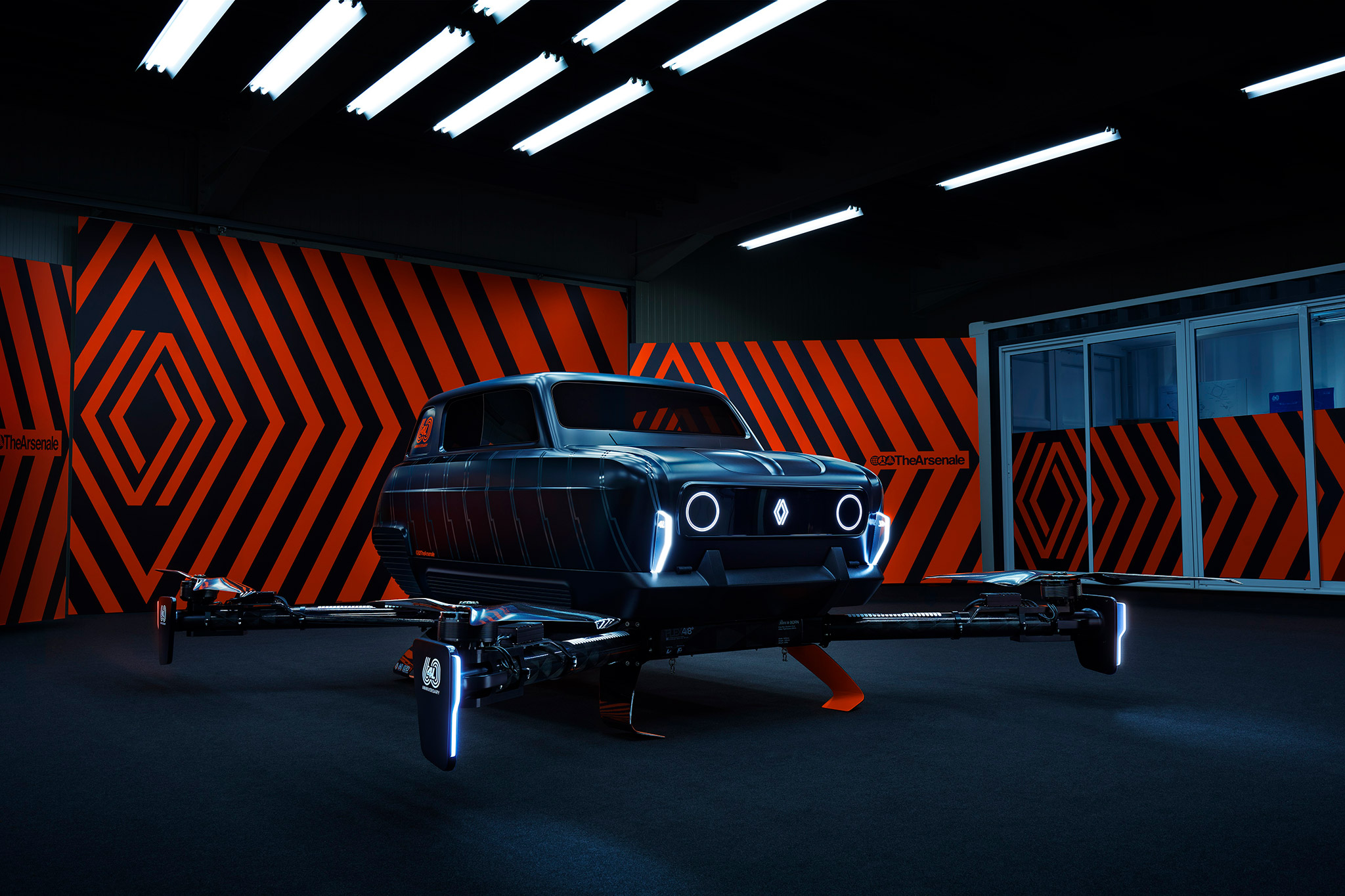 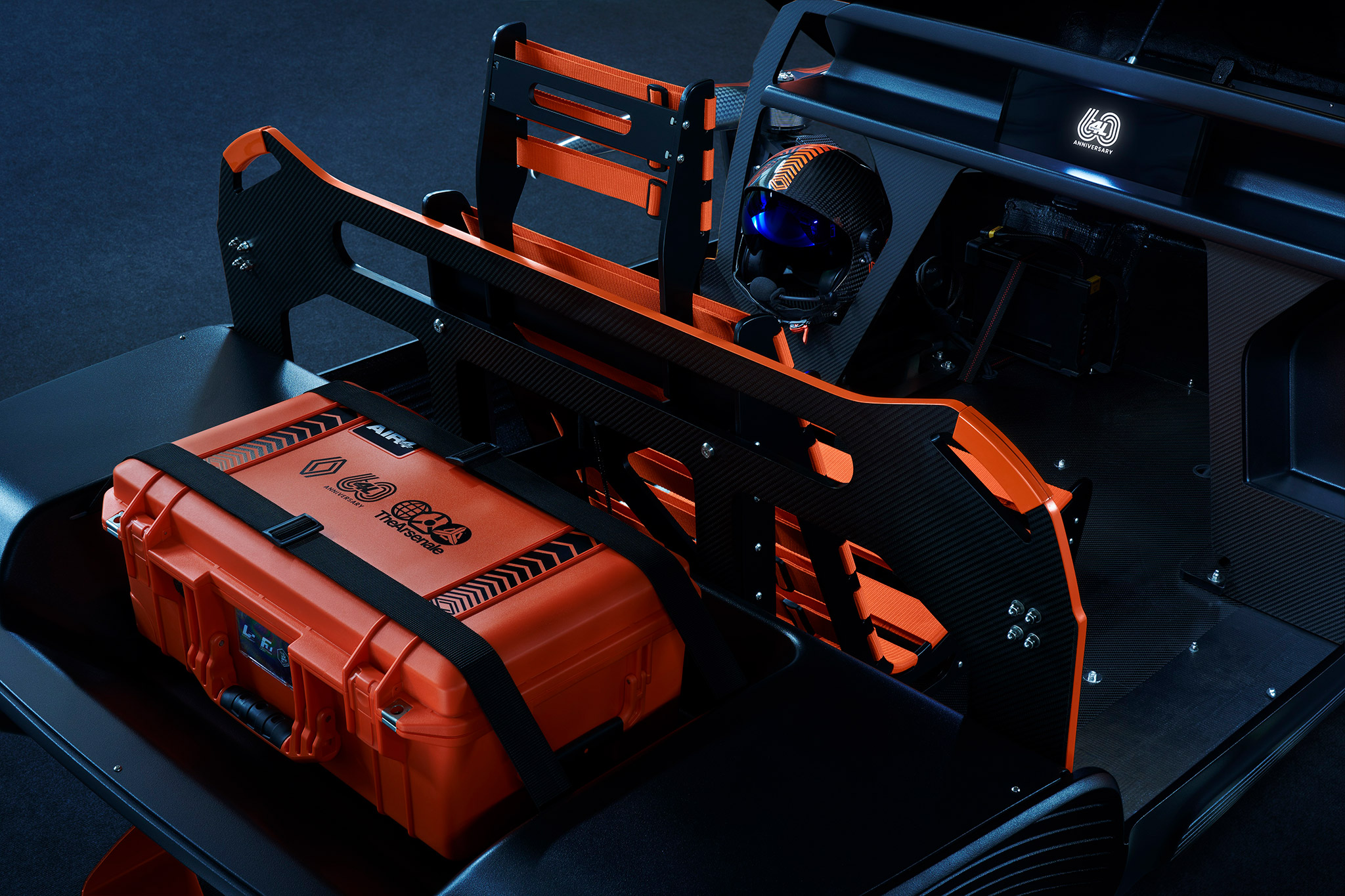 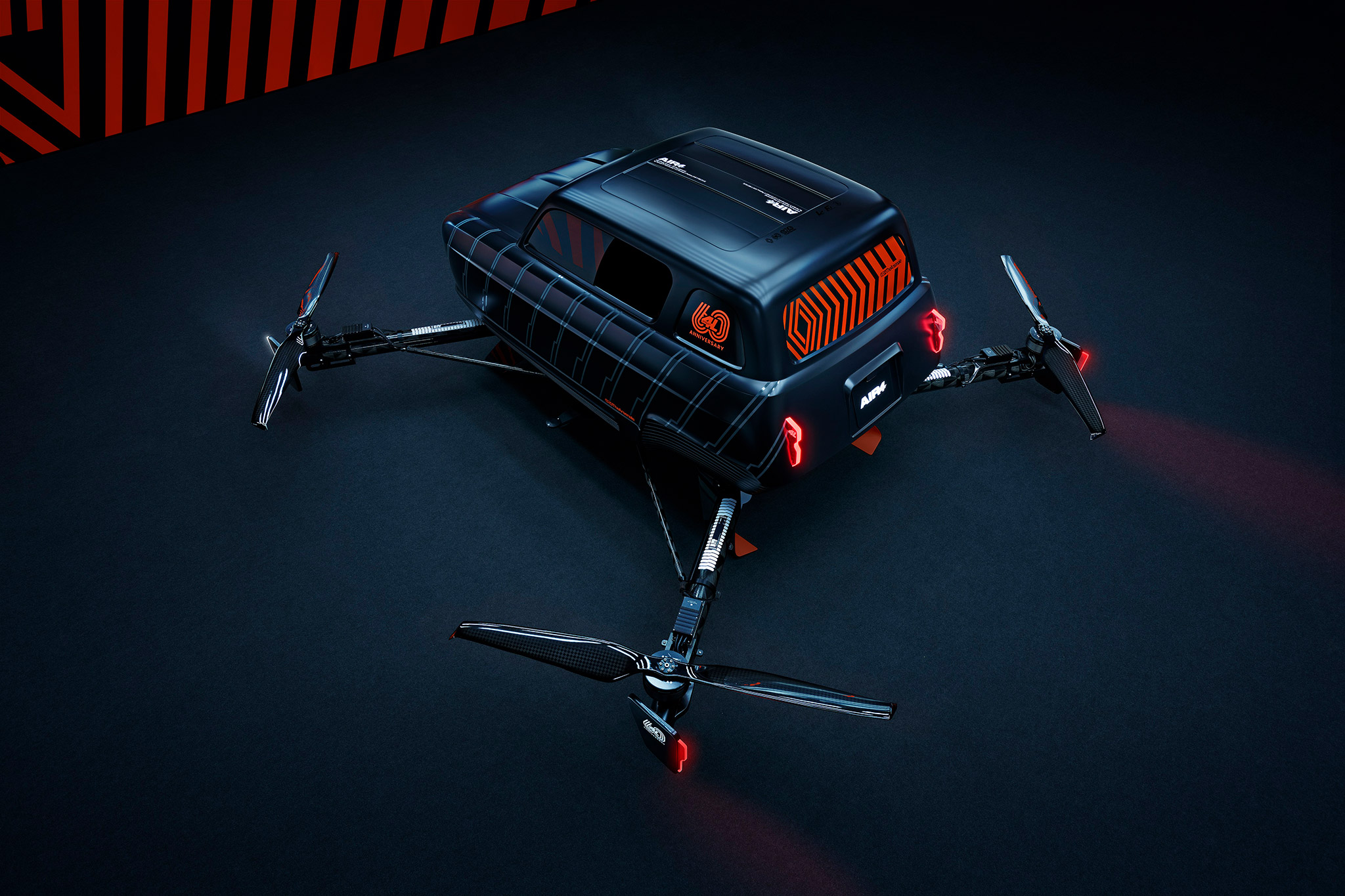 After a year-long celebration we wanted to create something unconventional to close up the 60th anniversary of 4L. This collaboration with TheArsenale was a natural fit. The flying show-car AIR4 is something unseen and a wink to how this icon could look like in another 60 years,” Arnaud Belloni, Renault Brand Global Marketing Director.

Super Jelly Looks Normal at First, But It Can Survive Being Run Over by a Car