Photo credit: Let’s Go Digital
Samsung Electronics recently had a patent approved by the World Intellectual Property Office (WIPO) for an ‘electronic apparatus,’ and within the 60-page documentation, there were several sketches that appear to show a folding smartphone that has a hidden screen extension. When folded up, it looks just like the Samsung Galaxy Z Fold 3, but when opened up, a full 7.6-inch display is revealed. Read more to see the sketches and for additional information. 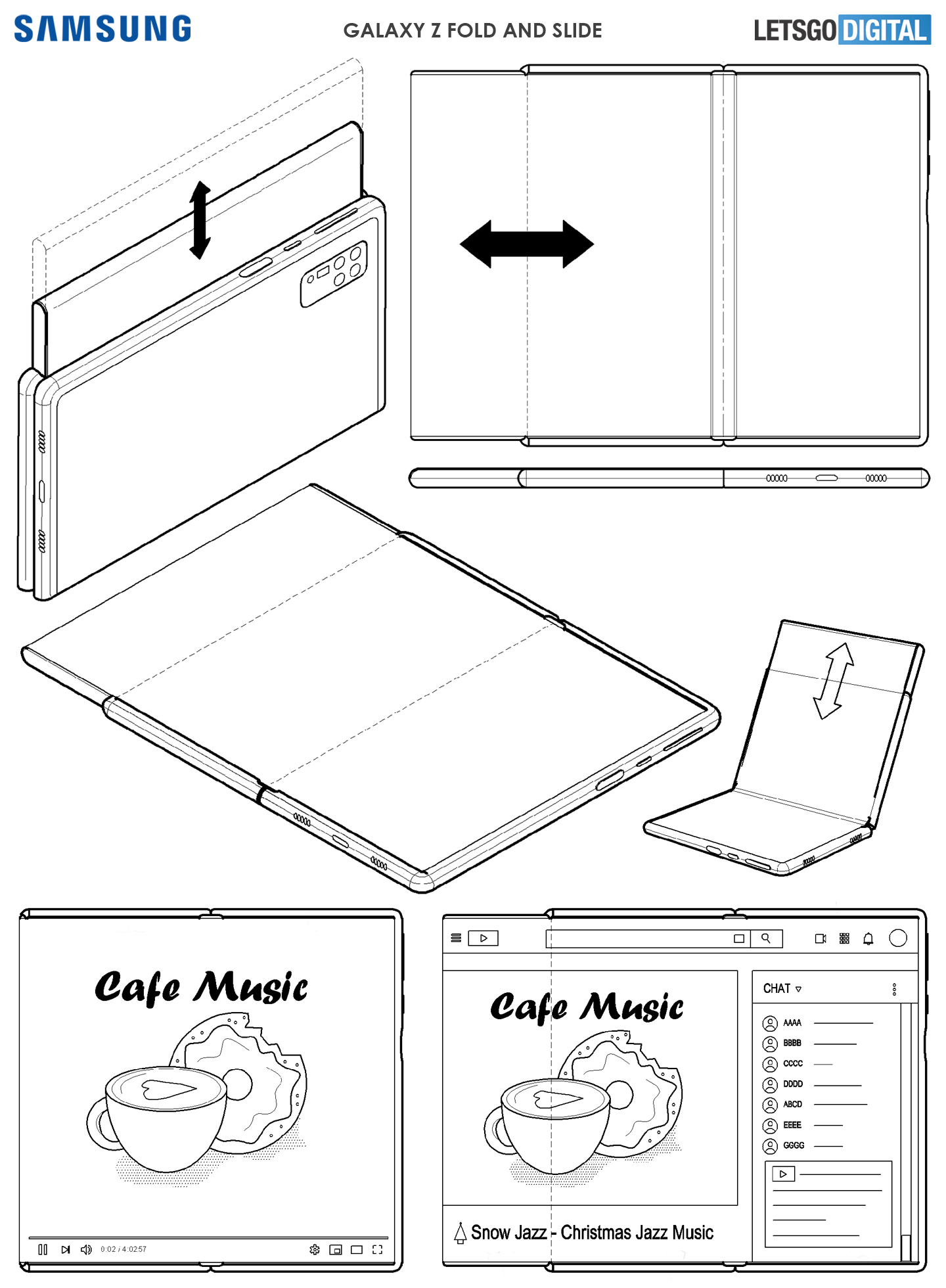 In its fully open position, a screen extension can be revealed at the push of a button that doubles as a keyboard if necessary. When closed, this extension can be used to show the time, battery, notifications, etc. Other features may include a penta rear camera system with five sensors and an extra display port at the bottom of the device. There’s no word yet on when or if a prototype will be officially unveiled.

Promobot is Willing to Pay $200,000 for the Perfect Face to Use on Humanoid Robot