This Captain America Waffle Maker has been a hot item online recently, and it’s all because Robert Downey Jr. posted a status update with a few pictures. While an Arc Reactor model may be in the works, this one works exactly as expected…cooking up a shield-shaped treat. On a related note, did you know that the word “waffle” first appears in the English language in 1725 – “Waffles. Take flower, cream…? Get one here now. Click here to view some creative and geeky ways to eat waffles. 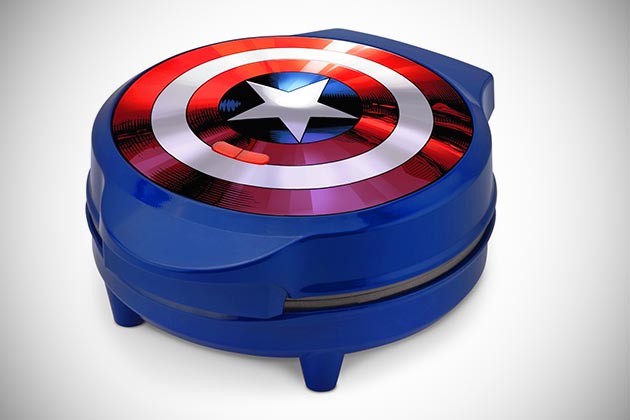 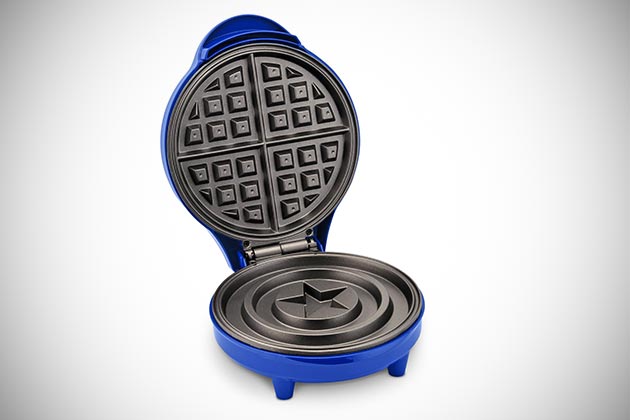 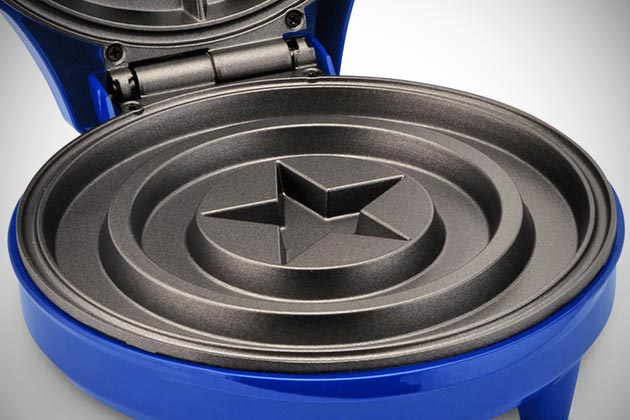 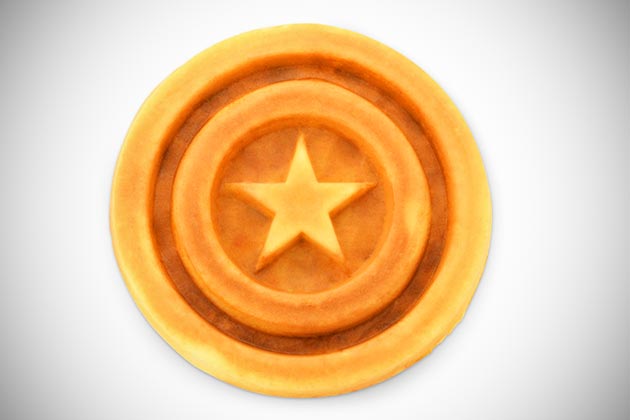 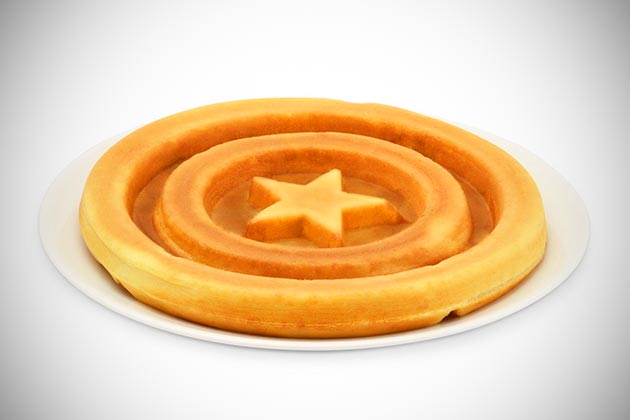 By the early 20th century, waffle recipes became rare in recipe books, and only 29 professional waffle craftsmen, the oublieurs, remained in Paris. Waffles were shifting from a predominately street-vendor-based product to an increasingly homemade product, aided by the 1918 introduction of GE’s first electric commercial waffle maker. By the mid-1930s, dry pancake/waffle mix had been marketed by a number of companies, including Aunt Jemima, Bisquick, and a team of three brothers from San Jose, Calif. – the Dorsas. It is the Dorsas who would go on to innovate commercial production of frozen waffles, which they began selling under the name “Eggo” in 1953. More information.

Etekcity’s 2 Pack Military-Grade LED Camping Lantern Double as Flashlights, Get a Pack for Under $16 – Today Only