Photo credit: Recon Beat Lab
During the early 1980s, a NASA scientist named Lonnie Johnson created a heat pump system, and was testing it in his bathroom. However, a powerful stream shot from his prototype made him realize that this could make a great water gun, thus the legendary water gun was born. The idea was then sold to Larami Toys, and they released the Power Drencher. This name wasn’t very popular at first, but popularity grew significantly when they renamed it the Super Soaker 50. Nike decided to pay tribute to the Super Soaker 50 with these Russell Westbrook sneakers modeled after the classic water gun in its iconic packaging with the original tagline of “The most powerful watergun ever!” replaced with “The most powerful point guard ever!”. Read more for additional pictures and information. 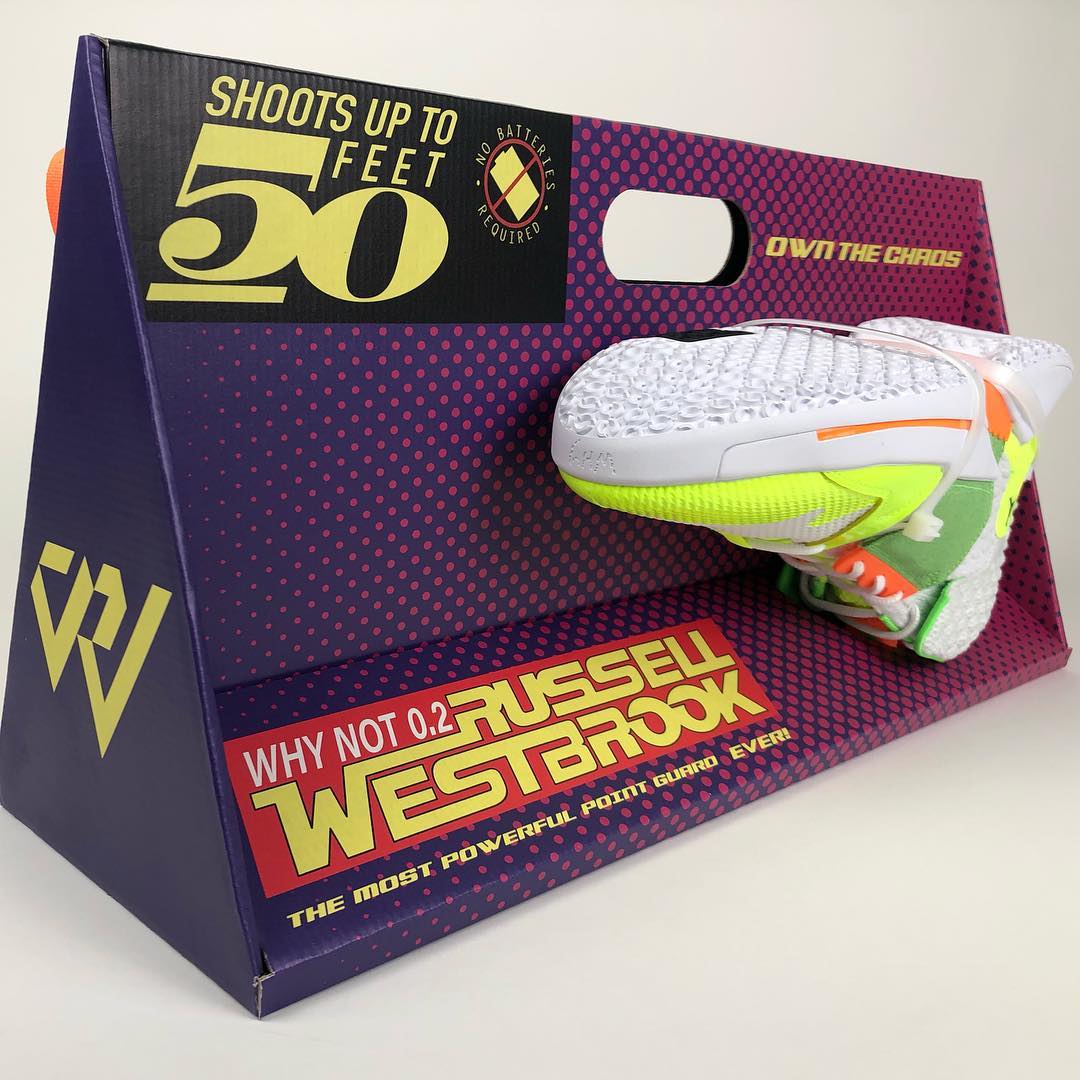 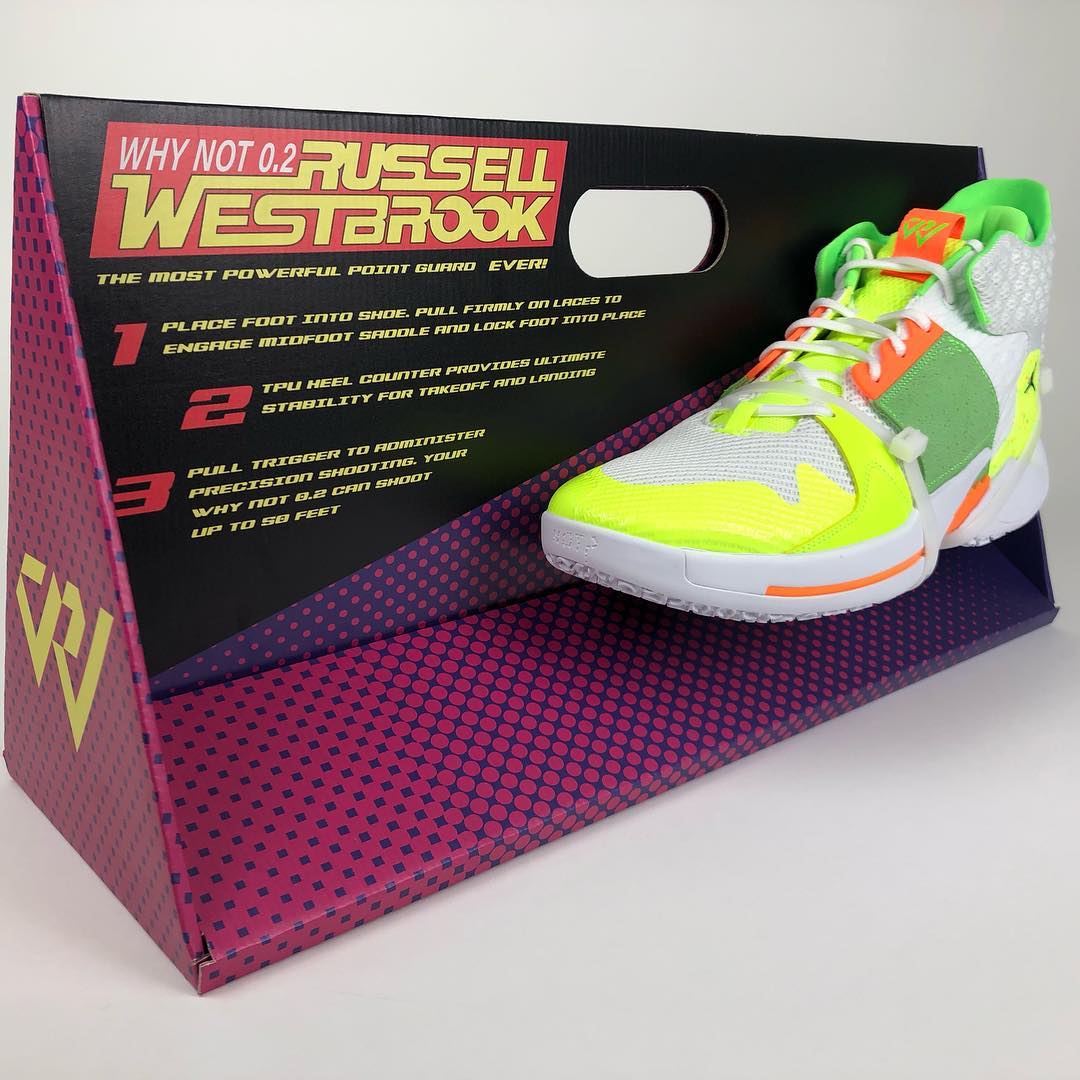 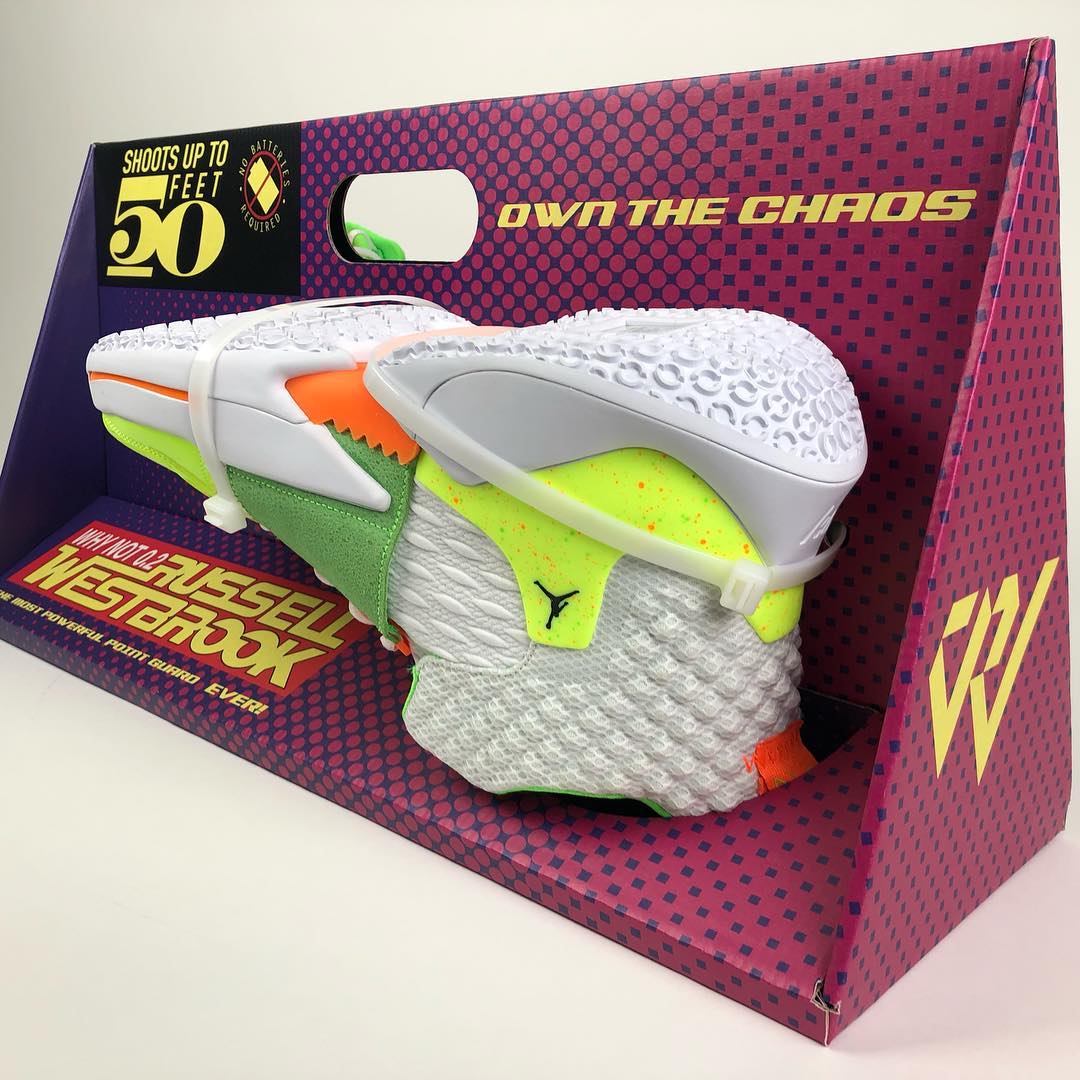 “The shoes even come with white zip ties, which call back to the zip ties that held the original water gun in place. They are conveniently very “in” in fashion right now. There’s no word yet on when the Super Soaker sneakers will be available, but the Why Not Zer0.2s are already in stores in other colorways,” according to The Verge.