We’re just days away from Samsung officially unveiling Neon at CES 2020, and for those who don’t know what it is, the project is supposedly about an “Artificial Human”. A recently uncovered patent filing describes Neon as used for entertainment services, namely, production of special effects including model-making services, computer-generated imagery as well as computer-generated graphics for the production of motion pictures. Read more for a video, a picture of the filing and additional information. 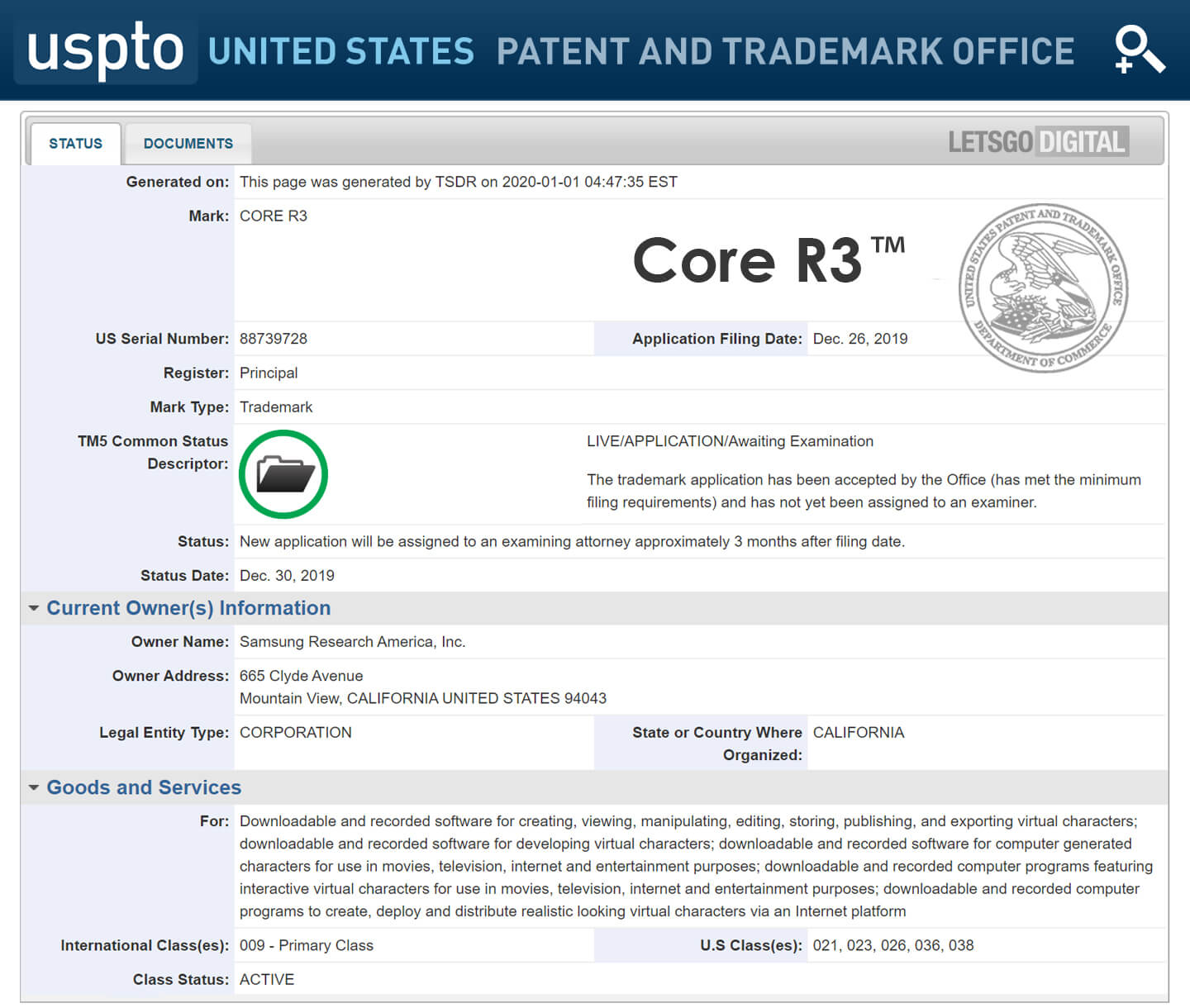 Photo credit: Lets Go Digital
The patent filing goes on to say that Neon could also be used for augmented reality video production, creating computer generated characters, and design / development of computer-modeled versions of human beings using computer animation for use in movies, television, internet as well as other applications. In other words, Neon users may be able to generated AI-powered avatars of themselves using the software through NEON.Life.