Photo credit: Lets Go Digital
Samsung recently had a patent that was filed with the USPTO (United States Patent and Trademark Office) for an ‘electronic device having multiple of displays and method for controlling the same’ approved. This mobile device with a ‘multi-plane display’ is essentially a smartphone boasting a display on both the front and back that can be used simultaneously. The entire front is all-screen and the display surface extends up top and to about 3/4 of the back. Since the screen is placed in a bracket, it retains its fixed shape, therefore making it a double-sided phone. Read more for a video, additional pictures and information.

Despite the patent illustrations on the front showing a physical home button integrated in the display, it could also be a virtual button. A camera on the front is not necessary, since selfies can be made with the main camera on the rear. The camera can be placed between the second and third display section, or it can be integrated into the housing itself. 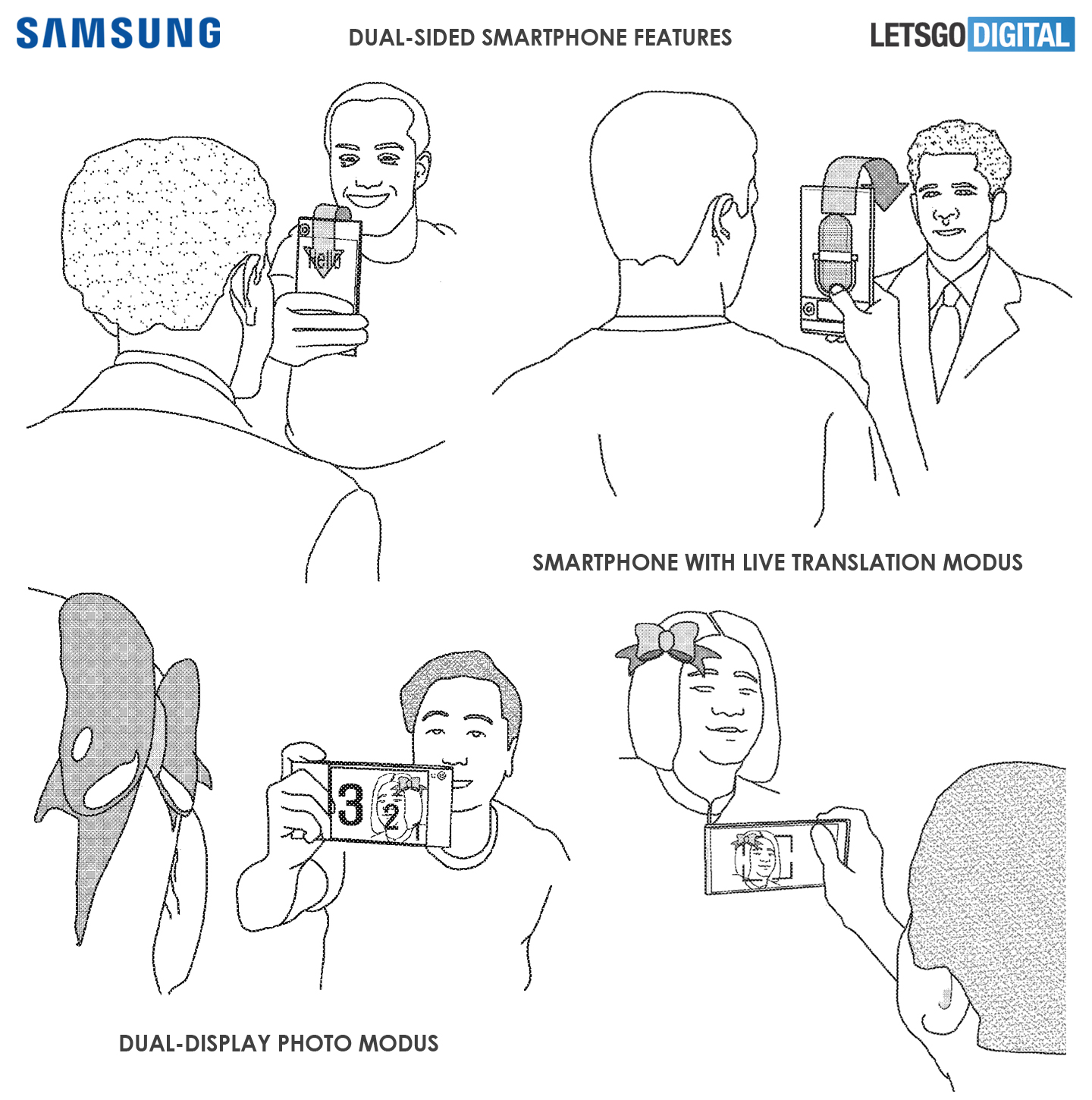 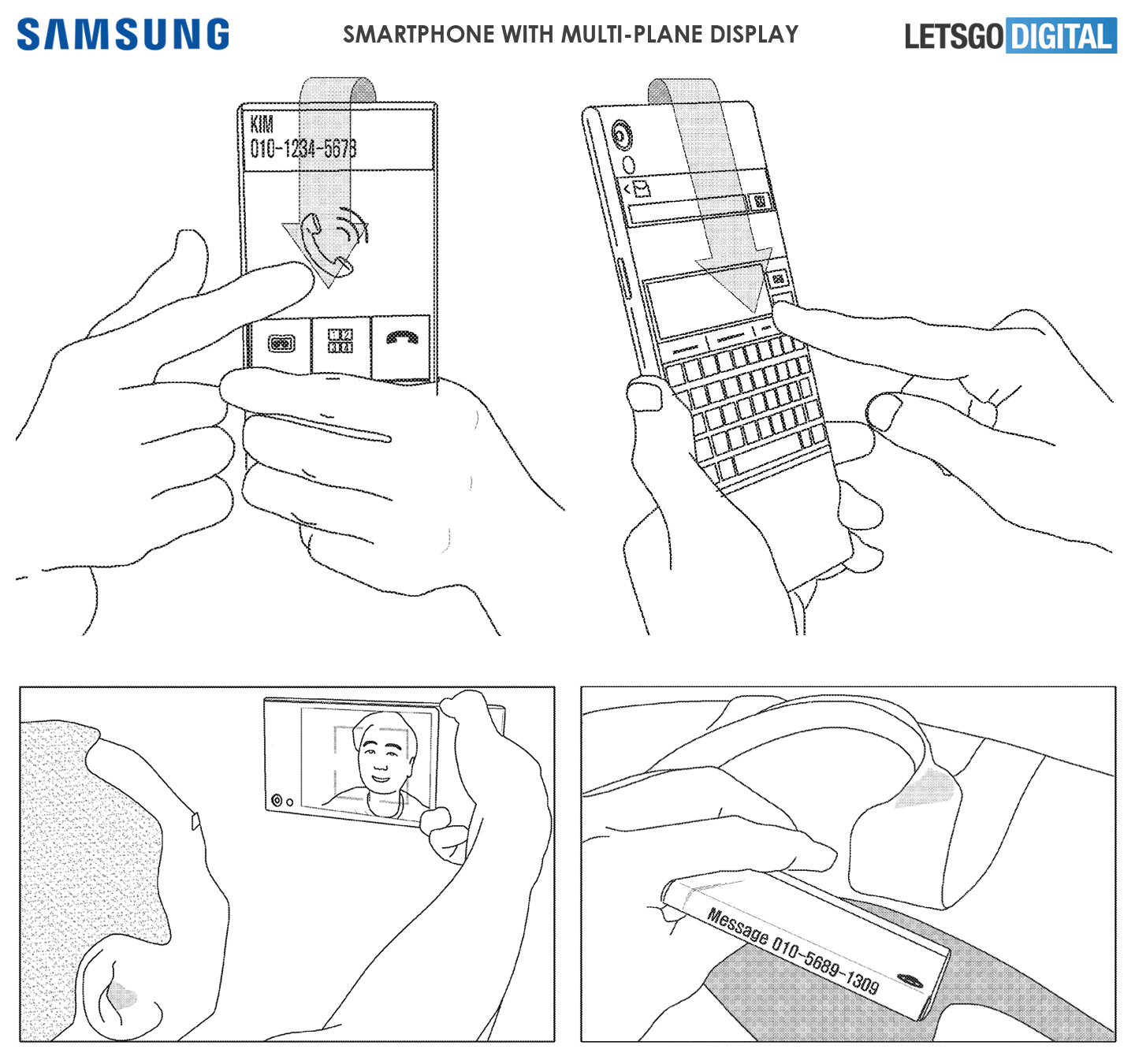 “The patent then examines the operating options. By hovering your hand over the screen (hovering), that conscious screen part becomes active. Although there is no storage compartment for a stylus pen included in the patent images, the description does mention the use of a stylus pen. So you can not only activate the screen by hovering over it with your hand, but also with an S Pen – the well-known stylus pen for the Galaxy Note smartphones,” reports Lets Go Digital.